Thanks Brian, much appreciated

We went to Spain in 2016. We were heading for Medinaceli, me to re-check the Giu La Testa location and my girlfriend being interested in Witch lore. Medinaceli being so high up had plenty of Witch lore.
On the way there, we stopped at a Supermarket for a coffee break in Guadalajara. In the entrance, they had a huge tray with a load of Spanish Spaghetti Western DVDs mainly re-issued on the back of Django Unchained. I got 7 DVDs I did not already have. Four with English tracks, and three to have fun subtitling. Now that was a great haul.

This is entirely true, but it is that 90% (or even higher) that makes those times when you do find something so immensely satisfying.

I can’t fathom how the collection I found ended up there. I’ve just mentioned the movies I purchased. There were many more that I already had or weren’t my cup of tea, but it was obvious that they all most likely came from the same collection. I can’t help but have visions of some disgruntled soon-to-be ex-wife dumping off her soon-to-be ex-husband’s possessions at the thrift store as some sort of cathartic revenge.

Not bad at all.

That is an excellent haul indeed.

Sadly, my instinct is this was more likely a collection donated or sold off due to the collector passing away or going into a care home. I am currently doing this for my mother so maybe that’s just what’s on my mind at the moment. Mum had more mainstream tastes than mine but had a lot of DVDs and VHS tapes. Most of which are now at the tip or in charity shops.

Actually I posted on here several weeks ago that I bundled up about 30 Spaghetti westerns that I’d seen too many times, thought were dreadful, or were duplicates with different covers and took them down to the local charity shop. You can’t keep pointless stuff forever 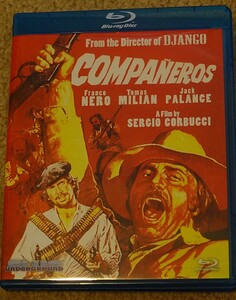 comp1920×2310 306 KB
Had been holding out grabbing this for a while since its a pain to find someone selling the Eng vers in the UK at a decent price. Super glad that these BU releases are region 0, plus it ended up being cheaper than getting the DVD equivalent!
Watch Eureka or someone else release a big fancy UK premiere version now.

A little Christmas present to myself 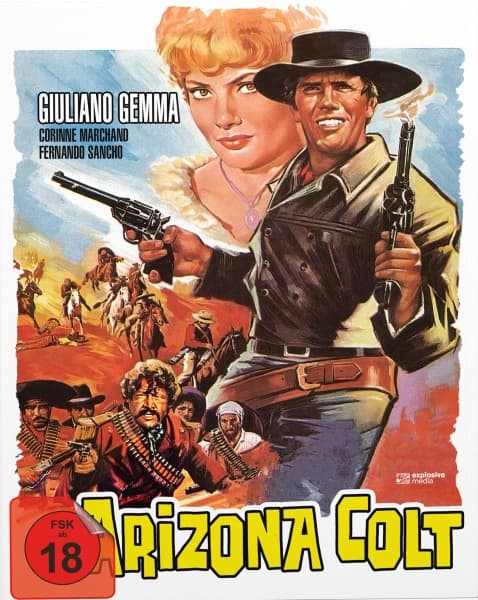 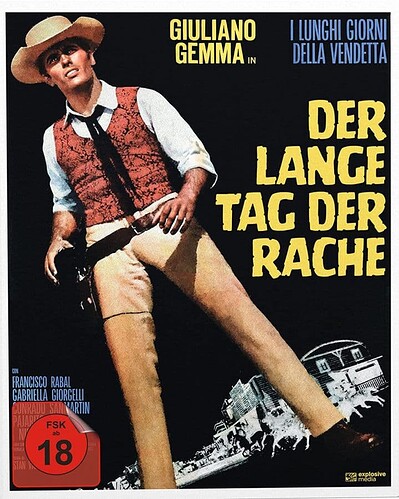 Yes, I’m afraid that thought crossed my mind as well. In regard to your mother, hang in there. I know it isn’t easy.

One of the great joys of film collecting is The Diamond in the Rough find, very rare does it happen, but when it does, wow. That you found it after waiting out a Blizzard adds a nice dose of icing to the cake. How you described the Blizzard conditions and the finding of the item would make a great film in itself. Well done on both ends Amigo.

Hang in there Phil, it’s always darkest before the light, but things do and will get better. Stay strong Amigo.

I plan on leaving my DVDs and Blu Rays to my next generation cousins in a special will.

I’m back and threw it in to take a look. It appears to be a bit different.

Otherwise in your dismal condition you’ll catch your death.

My friend it would be useless and irrelevant to ask you…

…what happened to the leg that was tied up in these chains?

Great thanks. Clearly not mine.

I’m back and threw it in to take a look. It appears to be a bit different.

Otherwise in your dismal condition you’ll catch your death.

My friend it would be useless and irrelevant to ask you…

…what happened to the leg that was tied up in these chains? 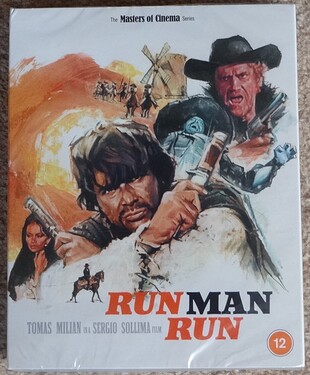 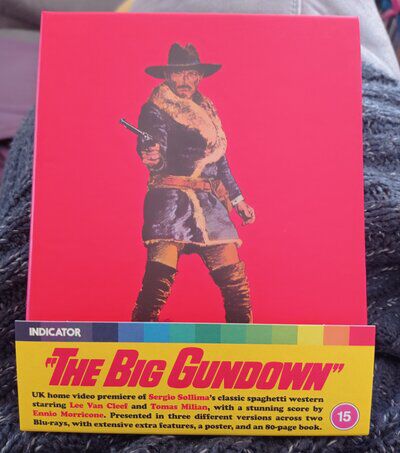 Who wait what now?!?
How comes mine is still delayed till 13 Feb?

Saw it posted on social media by others as well, first batches seem to have reached customers already. Hooray

How did you do that? Did you work on this release? It looks so pretty!

How did you do that? Did you work on this release?

Lol, no! I just pre-ordered it direct from Indicator as soon as they made it available, and here it is. Just lucky, I guess.

How comes mine is still delayed till 13 Feb?

They’re distributing them in order of which customer supports the best football team. I think yours is due out to you in 2047.