So, it’s the actual theatrical cut and it will be available on Blu-ray as well?

Kino still think the 1998 MGM cut is what was shown theatrically.

But actually it is to the largest extent, with only some minor differences, but nothing important. And their first release was even closer to that theatrical cut, and now they maybe hit it.

But actually it is to the largest extent, with only some minor differences, but nothing important.

But they are important if you want it to be the theatrical cut and not something else.

Anyways, yeah, maybe they will finally manage to do it.

Passed on their previous attempt because read that the colors still have problems because the 4K master is unfixable. So stupid to not save the original scan of the film… unless they (whoever it is) did but just won’t allow to use it…
So Kino is still stuck using (mostly) that to rebuild the theatrical cut?

If they’ve finally listened to Jordan Krug then there may be a glimmer of hope.

But they are important if you want it to be the theatrical cut and not something else.

Of course, but the differences are so minor that only a few noticed them. Unlike the cave scene, which most will notice easily as new, most who are halfway used to the film.

While the including of the cave scene is a much bigger difference, still it is also not really hurting the film, even if it does some damage to the film’s pace at that point.

Not to mention that for OuTW Paramount destroyed one of the boldest narrative ideas, by still including that scene with Bronson nursing his wounds. And that is really bitter …

But then, I support to rebuild the theatrical cut exactly as it was, but I’m not interested enough to buy GBU again only for that reason. Especially as most of the added scenes of the Italian version are so good that I will not watch the film again without them.

I’m not buying yet another copy of GBU if the colours aren’t at least right.

The Good, The Bad and The Ugly on 4K-UltraHD BluRay restored theatrical cut April 27! I updated all the specs at

or head directly to pre-order 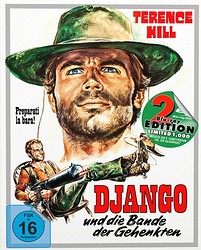 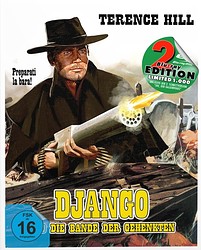 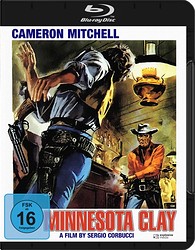 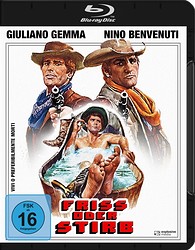 Thanks for the news! Looking forward to these releases, hopefully they’re going to come with English audio options.

According to the Koch website, all three have English, German and Italian audio.

Nice, must have glanced over it in the details section on the site. Thanks for the info @Companero_M

If Preparati la bara is less yellow than Arrow’s, then I may buy it.

I’m happy with my Arrow copy of Prepare a Coffin, but I’ll definitely be upgrading my French Blu Ray of Minnesota Clay to the German release. Does anyone recommend Alive, or Preferably Dead?

I just read on the link of Explosive’s Django, Prepare a Coffin that it’ll be sourced from a brand new restored 4K print. Will be interesting to see how it stacks up to the Arrow release.

Yea I wonder… I mean, the previous German BluRay wasn’t exactly horrible either …

Definitely up for the Minnesota Clay release, and I might get the Prepare a Coffin Blu if it’s worth it (I already have the Arrow Blu). Can’t say im too bothered about the Alive or Preferably Dead announcement though.

Does anyone recommend Alive, or Preferably Dead?

As a film you mean? If so absolutely not. It’s probably the worst Gemma western I’ve seen although I haven’t seen Tex and… or The White, The Yellow… yet.

I started making the calendar a bit prettier… are we missing any important titles by the way? Who do we have to keep an eye on releases in France, Italy, Portugal, Spain, Latinamerica, etc.?

Are all these bootlegs?

With the exception of The Great Silence, I believe all the others are indeed bootlegs, or at best grey area market companies. Anything that has BD-R in the description is a dead giveaway for me, but that’s just my opinion.