Hello All,
Not sure if anyone is aware of this ?
I Only recently bought this film from Desert Island Classics because I couldn’t source the film anywhere else…
Supposed to be “Ballad of Django” (Adios Companeros 1971) with Klaus Kinski as “Reverend Cotton”
Movie on disc does not match film poster and cover ! The wrong film scanned on disc is “Reach you Bastard” (1971)
Two films both made in 1971 and “aka” as “Ballad of Django” with some of the same actors and director.

I guess I just posting this to make people aware. Unless it’s a one off mistake by Desert Island doing a made on demand print. I got if off eBay.

Also has anyone ever bought There’s a noose waiting for you Trinity (1972) from Desert Island Classics ? Is the print ok ? And movie match the disc ? 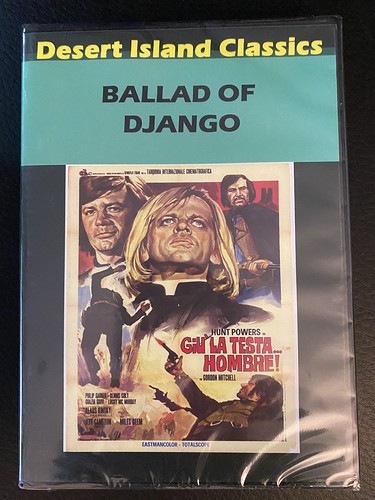 There is already topic about this film:

http://www.spaghetti-western.net/index.php/Giù_la_testa…_hombre This one deserves it’s own topic and a poll [there’s only Giù la testa… hombre/Giù le mani… Carogna topic so i wouldn’t say it counts]. It shows why sometimes i love to watch those badly made spaghettis. In the beginning Jeff Cameron’s character survives the ambush because he pretends he’s dead [but still blinks his eyes] and nobody even checks out if he really is. Other highlights include: bar brawl triggered by guy punching other…

And I would advise you not to buy anything Desert Island.

Thanks for all the info. I will keep away from Desert Island. I bought a few of their titles before over the years and quality is low. I noticed in the post thread the film is now on YouTube., I will wait to see if another company restores the film. I try to avoid watching films on YouTube. I prefer getting discs.

I myself have the German release, which is quite alright, but has German audio only.

Ok. Good to know that version is watchable. I have seen it on eBay. Will consider getting it sometime. 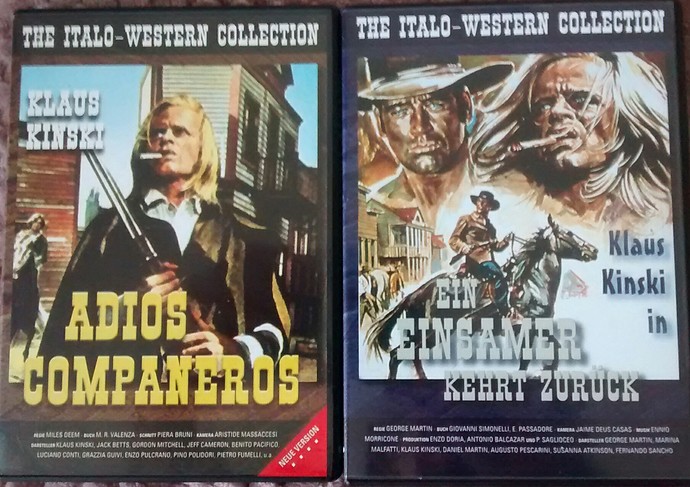 I have these two in my collection. I,ve only watched Fidani’s Adios Companeros and it does have English audio. You Can vind these dvd’s cheap at the Herman Amazon. Quality is ok.

Hi there, thanks for showing the covers of these discs. I had seen these on eBay 2 months ago and was unsure how good the quality was. Might wait and see this year if anymore companies surprise us with new titles like these being restored on Bluray. But it’s always a big unknown… I will have a look for these in meantime and if a good price might just get them while I can. Thanks