I can dig this one, but the wife likes it a lot more than I do. I still get a giggle out of Yul’s goofy wardrobe, though.

In the meantime I found out myself. But wait, is this a completely different track than the one with the Adios Sabata lyrics?

I still wish Lee has played the role.

I love this soundtrack, even though I haven’t seen the film, yet I used to listen to the main theme a lot 2 or 3 years ago.
A few days ago I wanted to watch ADIOS, SABATA, pulled out my MGM DVD, and nooo! - there was no Italian soundtrack on it. After a few seconds weeping inside, I decided to watch it in English, but then comes the title song, and I was again like wait a minute, I know this from another film! After some quick research I found out what it’s all about with the “Adios, Sabata” line in the song. ;D Unfortunately I didn’t want to suffer through that butchered version of the song, as I had so often listened to my beloved Indio Black, and so I didn’t resume the film.

I guess now I will have to wait for a subtitled Italian version.

This one is a great entertainment, didn’t remember how bizarre and funny this film is. I found myself laughing all the times for the jokes, weirdness and all the cadgets and stuff.
I didn’t even try to follow the plot as this is Parolini film it probably doesn’t make any sense anyhow.

One of the funniest sw’s and possibly Parolini’s best film. I still think Brunner was miscast in his role, other actors steal the film from him.

I already voted 3 for the poll but if I could I’d change it to 4. 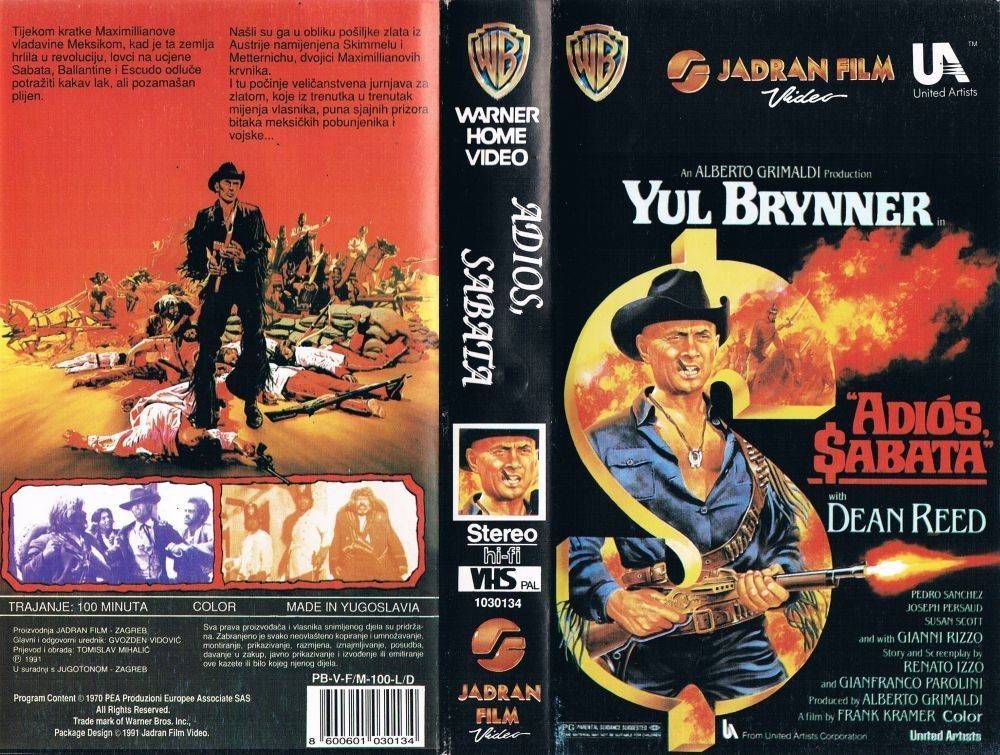 Thanks to Tom Betts and Howard Hughes, some more of the Spanish players in the opening duel have been identified.

Oh, to be a fly on the wall when whoever came up with the idea for that frilly armed outfit on Yul, or maybe when Yul put it on in his trailer, checking himself out in the mirror - “oh yeah, yeeee haw cowboy”

Finished this up tonight and despite its often silly elements, its a very enjoyable watch with a lot of good action sequences. That scene towards the end with the guy dancing on the table, and such a serious look on his face before he begins the dance of death

The dance of death was definitely one of the scenes in Adios that made it one of my favorites. I always enjoy Pedro Sanchez’s larger-than-life presence, like in the original Sabata. His constant references to Reed’s character, Valentine, as ‘blondito,’ always gives me a chuckle. I also liked Sal Borghese’s portrayal of Septembre. I think he did an effective job conveying his simpleton personality, especially his fixation on the music box.