You Are a Carrion and I Will Kill You / Una cuerda al amanecer (Manuel Esteba, 1972)

How about Sancho turning avenger halfway through after the villains murder his beloved donkey, which he was fond of sharing bottles of whisky with? “He was like a brother to me!” wails Sancho, relishing the indignity.

Then there’s the listless leading man, Steven Tedd [Giuseppe Cardillo], whose Elvis 'burns and tassled black outfit, the next size up from the one worn by Yul Brynner in Adios, Sabata, contrast with his lumber-like acting.

The script is as banal as they come, but director Esteba (who wrote it) tries to jazz things up, when he’s not allowing inconsequential scenes to drag on, with some utterly misplaced ‘stylisation’ - flash cuts, extreme camera angles, visual distortion, ‘meaningful’ close-ups. And why on earth, in some scenes, does he keep the camera positioned on the torso of the lead gunman (Antonio Molino Rojo), as if to withhold his identity from the viewer, when we’ve already seen his face in other scenes? Puzzling. I wouldn’t be surprised if some of this footage was spliced in from a different film.

On the other hand, Esteba occasionally succeeds in enlivening his material, as when a scene of Sancho being beaten is rendered in silhouette, lit by flickering torches.

Perhaps, as the third volume of Glittering Images’ Westerns all’Italiana suggests, the original Spanish version (which runs a scant 79 minutes, still eight minutes longer than the English-dubbed version I watched on a Greek VHS) is a more interesting proposition, though I can’t imagine it amounts to much even then.

Oh, and the final confrontation between Tedd and Brice has to be one of the most anticlimactic ‘showdowns’ in any Western.

By the way, the English credits have the title as You Are a Carrion and Y [sic] Will Kill You. Y indeed.

Boring film for me and nearly fell asleep.

I have this on a greek VHS, but i haven’t had the chance to see it yet. It doesn’t have a good reputation though…

I had never heard of this film before when I found it at Trash Online. Well, you learn something new every day ;).

Seems there are a few different versions of this floating about (as we’ve just been talking about it on “last western” thread. Mine’s Spanish [Edit - Phil reckons Portuguese] subs, a reasonably poor soft image and at only 74[size=8pt]1/2[/size] minutes, so may not be the best out there. Here’s a grab at the 43.21 mark. You are a Carrion and Y Will Kill You / Furia em Oregon as this one is titled…
Other versions? 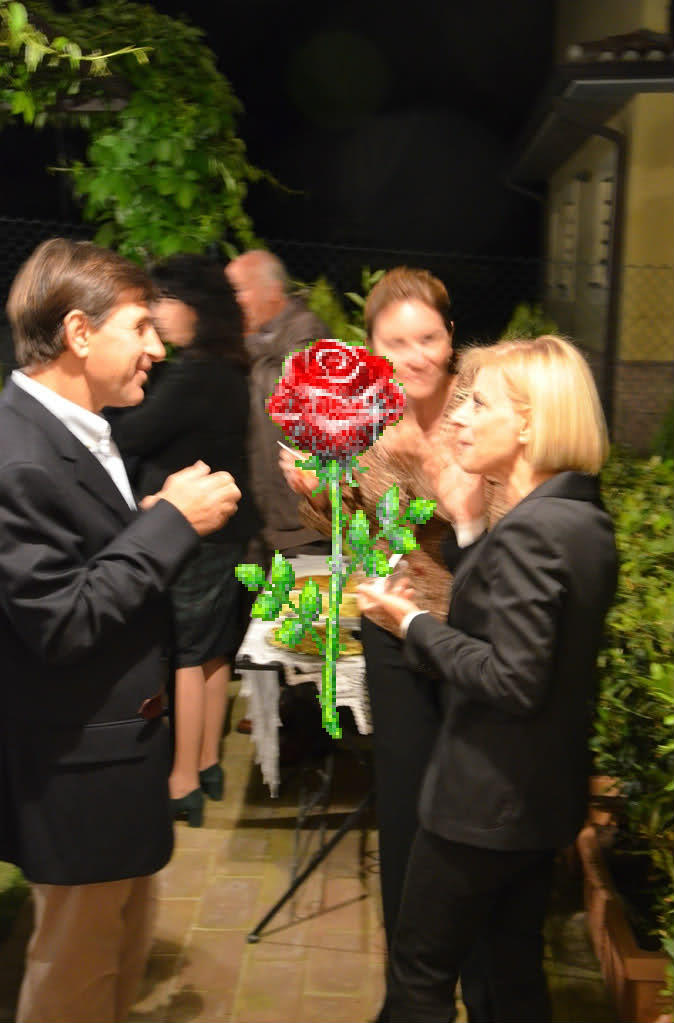 Never seen this one myself.

[quote=“Starblack, post:1, topic:1705”]And why on earth, in some scenes, does he keep the camera positioned on the torso of the lead gunman (Antonio Molino Rojo), as if to withhold his identity from the viewer, when we’ve already seen his face in other scenes? Puzzling. I wouldn’t be surprised if some of this footage was spliced in from a different film. [/quote]The whole sideplot with Antonio Molino Rojo’s bounty killer is so weird that it really looks like if it was cut from another film.

Have the same version as you Reverend.

Also have a copy from a Greek VHS on the Rex label, but the running time is shorter at just over 71 mins. There is a small widescreen bar at the top of the picture but none at the bottom: 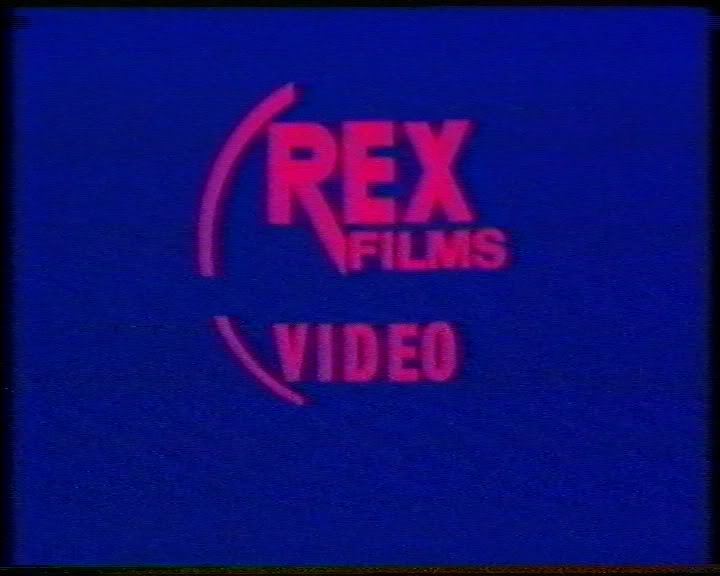 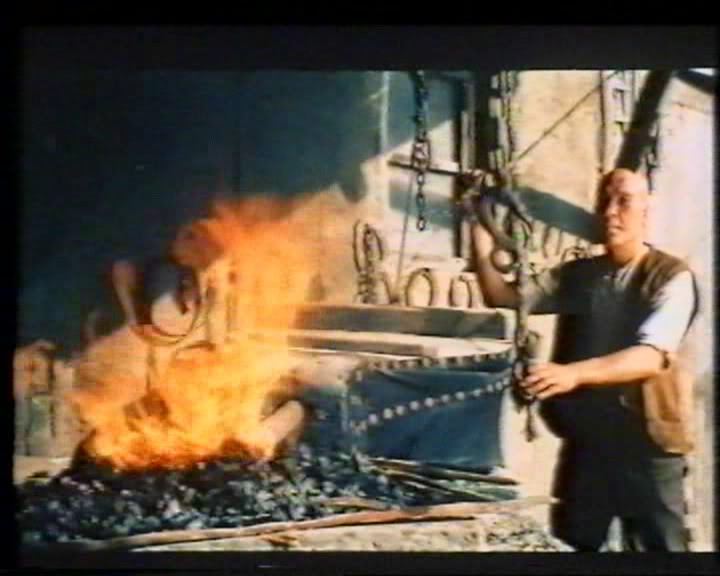 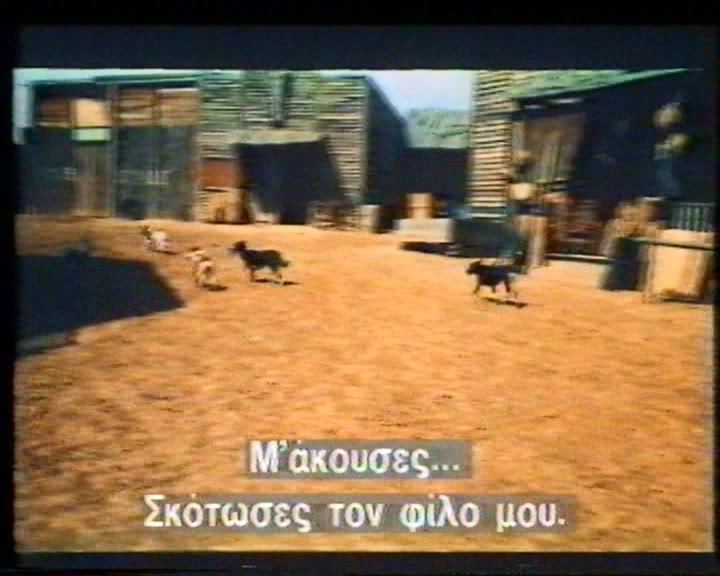 Holy shit, Bad Lieutenant just send me some photos of his VHS tape collection and I realized there’s also a THIRD release on a greek label of this one!!!

I don’t think I have this one. Or did the photos just trigger your memory of it?

Hmmm, you’re right. I misread the title on the cover and confused it with Turn I’ll kill you. However I now see that there are two different tapes of the latter!

My view of this one is admittedly more positive than Starblack’s, but then I’m becoming a bit of a sucker for Esteba and his formal excesses (exaggerated low-angles, cutting together shots of the same object from different angles). And I agree that Sancho’s beating up scene is well lit. I have a problem with Brice’s villain, though, especially when he tries to look tormented.

SPOILERS. There seems to be a problem here. The description given would seem to be that of a similar but different film. And this very same description matches that of an imdb user, a consistency that suggests that the film perhaps was doctored in editing and doctoring. Molino Rojo and the bounty hunter, in the film I saw, are not one and the same characer. At least in the version I saw, the bounty hunter remains mysterious until the very end, when he is revealed to have been the film’s comedy relief (Raúl Aparici) throughout. Prior to that, there is the toying suggestion that it may be the hero. The character of the bounty hunter, when shown in his nonrmal self, is only briefly seen in close-up (during a tracking shot along a line of townspeople). If it hadnn’t been for the fact that I had seen the actor in another film and that I recognised the voice of his dubber (Joaquín Díaz, seen as the chief villain in Balcázar’s DINAMITA JIM) I might have forgotten the character by the time he reappeared. SPOILERS END.

I have just watched YOU ARE A CARRION AND I WILL KILL YOU, which is the English-dubbed version of UNA CUERDA AL AMANECER as it was shown in Italy. There are differences in the credits but Esteba is still credited as both director and writer. In the States it would have been credited to Alan Smithee, for it’s a different film altogether. Every bit of footage shown (including, I’d say, stuff not in the Spanish version) is Esteba’s, but the editing, sound editing, dialogue and even storyline aren’t. It serves as an object lesson on how a rather good film can become an awful one. The Italian company involved obviously disliked many things in the film: Fernando Sancho’s “conversations” with his donkey, the long silences, the “huh?” quality of the ending, the buddy relationship between the two villains…Here’s a list some of the changes:

The ghost town feeling is certainly lost here and, what’s more, even if the Italian forces at play obviously wanted to make a pacier film, they made it far more tedious. At least the Spanish version was coherent. In the Italian counterpart, it’s simply one scene that gratuitously follows another.
I had long suspected this on account of online descriptions of the film, which were completely different from what I had seen. Small wonder now that I have seen the version that made it into the English-language world.

P.S. Thanks to Silver Wolf for putting me in contact with this version. Also, I have lost contact with you, S.W.: your email address doesn’t work. Please contact me somehow!

And the only version with English audio is based on the Italian version.

Nzoog do you have exact runtimes of both versions?

Just watched the fansubbed version of the Spanish language release and I have to say I really quite enjoyed it.
It battles against an obviously tiny budget but it is definitely not one of those ‘lazy’ low budget offerings where half the screen time is taken up with people riding backwards and forwards or having drawn out and meaningless fist fights. Esteba obviously made a genuine effort to make a real film and, for the most part, does a reasonably good job.

In reading the above posts I can imagine how the English dubbed Italian release would have been disappointing. Especially in the twist ending. But in the Spanish version it works pretty well. It ain’t perfect by a long shot but delivered (for me anyway) plenty to keep me happy. Not overly high on action but enough to keep things moving and some elements decidedly above average.

I also have to say that I am with Nzoog in being quite taken with the ‘arty’ shooting style. Some of it doesn’t quite come off but in places I found it genuinely effective and original looking. May not be to everyone’s taste but this Spanish version at least would be recommended in my opinion.

Haven’t seen it yet

Apparently it was a collaborator of the magazine ‘Nocturno’ (who published the interview with Petroni I translated a while ago) who found out about these two versions.
According to Nocturno and Giusti, it was the Italian co-producer, Elo Pannaccio, who was responsible for the Itaian version. He made al the changes Nzoog mentioned.

The Italian title is: Sei una carogna… et t’ammazzo, which translates as You (Iou) are a carrion… and I (Y) will kill you

Does this Spanish title, Una Cuerda al Amanecer really mean : A Rope in the Morning (? )
In that case it would be a very nice idea. A rope in th morning: I like that.

[quote=“scherpschutter, post:17, topic:1705”]Does this Spanish title, Una Cuerda al Amanecer really mean : A Rope in the Morning (? )
In that case it would be a very nice idea. A rope in th morning: I like that.[/quote]

Maybe ‘A Rope at Dawn’ would be a closer translation (I’ll defer to a native speaker to give a definitive answer) but ‘A Rope in the Morning’ does have a certain ring to it. Either one is quite appealing I think and, although possibly lacking the demonstrative exaggeration of the Italian title, does actually fit the film better and probably refers to the scaffold Sean Tedd’s character erects on his newly purchased property on the edge of town to make a statement of warning to the local bad guys.

Maybe ‘A Rope at Dawn’ would be a closer translation (I’ll defer to a native speaker to give a definitive answer) but ‘A Rope in the Morning’ does have a certain ring to it. Either one is quite appealing I think and, although possibly lacking the demonstrative exaggeration of the Italian title, does actually fit the film better and probably refers to the scaffold Sean Tedd’s character erects on his newly purchased property on the edge of town to make a statement of warning to the local bad guys.

My dictionary (Spanish-Dutch) gives ‘ochtendgloren’, that is: daybreak. So Dawn seems the better translation, but Morning also feels good. I was probably thinking of things like A New World in the Morning or Morning has Broken. The second was a Cat Stevens song, if I’m not mistaken. Wasn’t the first sung by Roger Whittaker?

What about this title, Eugene meets Sergio: You are a Carrion, Elektra, mourning becomes to you!

here´s my new review on this Esteba´s paella/spaghetti western
(and thanks for the help, scherp)