Welcome to the SWDb Community!

Hello, my name is Wild Bill, and thank you for letting me participate in this page. I have found many good spaghetti westerns on Tubi, Vudu, and YouTube…any suggestions on other free movie sites I can find good films?

I noticed there is a Roku channel called “Draw!” which focuses on spaghetti westerns. Welcome to the forums! 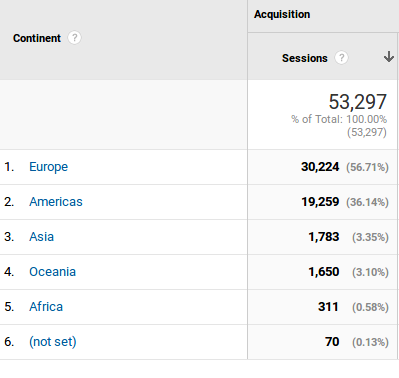 “Americas” is like saying “EurAfricas”. They should at least break it up into 2 continents.

I was surprised by one of Aldo’s previous posts where he mentioned that the UK didn’t screen SWs. I had thought everyone from UK grew up on them judging by Aldo’s expertise.

well we can break it down some more of course…

by the way this is the forum, estimates if i take numbers since this february 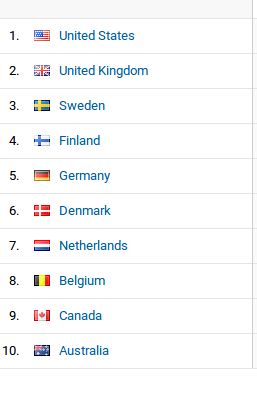 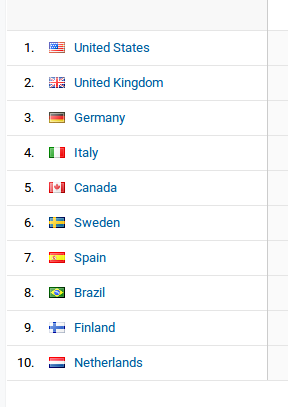 US, UK and a few others are consistent but Italy seems the most unpredictable. Finland’s high placings are kind of a surprise.

I am somewhat surprised that France is on neither of these lists.

Hi everyone
I’m a relatively new and young fan of spaghetti westerns and the western genre in general, got into it back in 2015-2016 right after i started diving deep into cinema at age 14, and learned that my favorite director, Quentin Tarantino, was heavily inspired by Sergio Leone’s monumental work, and used many of Ennio Morricone’s soundtracks from spaghetti westerns on his movies
Westerns soon became my favorite film genre, bonded with my dad over them and watched alot of movies with him back then, mostly spaghettis
I also used to lurk here alot back when i was learning about the SW/Eurowestern subgenre
Spaghetti westerns in my opinion have an unique edge and atmosphere that to this day very few movies outside of that camp been able to replicate, hard to describe, it drew me in immediately
Found my way back here (and now decided to finally make an account) after my interest in westerns (that never really went away to be honest) was reignited by Golden Kamuy, a japanese manga that i’ve been reading since last year, which has tons of references to spaghetti westerns, the author, Satoru Noda, being visibly very influenced by them, even calling his work an ‘yaminabe western’. My profile picture is a character from this book.

My Top 5 at this moment, not including the Dollars Trilogy or Once Upon A Time In The West (which i consider them to be some of the greatest films of all time) since they would obviously take much of the space, would be

Welcome to the forum Lagos.
Glad to hear you are enjoying these films with your dad.

New guy reporting in…
Michael from Ohio/ USA . Long time Western fan, Spaghetti or not.
Looked here for a while, decided to join the gang.
A thank you to Sebastian for the help getting here.

am very please to be there

3 posts were split to a new topic: Short barrel

Greetings Lagos,
Very interesting to hear your response to SWs, because I’m sure many of us who grew up with them wonder how much of our enthusiasm is nostalgic. Nice to know how you picked up on the unique atmosphere, because that does seem to be what sets them apart. The best of them have a kind of lyrical quality created by the synthesis of music and visuals which you rarely get in other genres. I think Laurence Staig got it right with his title Italian Western: The Opera of Violence. Their operatic aesthetic can make other plot and technical deficiencies rather irrelevant.