ROD TAYLOR and YVETTE MIMIEUX In : 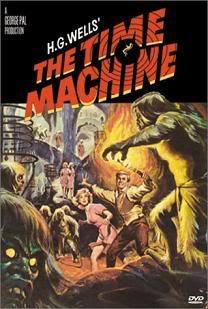 I chose only five (so far)

Why aren’t the Mad Max movies not listed (or did I overlook them?)
I thought the first two were really great

I have added the Mad Max Films :’( but the Alien is NOT PA (I will enquire though)

VOTE your other 5 at your leisure Scherpy

VOTE your other 5 at your leisure Scherpy :)[/quote]

No, Alien3 is not PA
It’s set on a distant planet that serves as a prison
But as far as I remember (I saw it years ago) it had a certain PA atmosphere
Anyway, most critics disliked it, I thought it was better than the second film, that had so many explosions etc. that it looked like Rambolina in space

I’m not able to enter my 5 other votes
(I had already submitted my first 5 votes)
The second series of 5 would be:
Mad Max I & II
Waterworld
Planet of the Apes
Red Dawn

I fear that unless you enter all 10 selections AT ONCE the Poll stops adding later on :’(

I saw the Aliens Films too and found them OK.

Thanks to all who have voted so far

started working on this page here: http://www.grindhousedatabase.com/index.php/POST-APOCALYPTIC_FILMS
need some input and feedback

Excellent idea Seb , this PA category is an exciting one.
I am impressed with your Grindhouse Data Base though I am on this fab SW site mostly

Let me know please if I can HELP in any way, but remember that I have ZERO editing
"experience" as such.

well if you wanna write an article about post-apocalyptic films, then I would be happy to post it there with your name under it

well if you wanna write an article about post-apocalyptic films, then I would be happy to post it there with your name under it

Thank you Seb , I will see if I can compile a short interesting article on Post-Apocalyptic
which you can then post in your Grind/Deuce Site with my name credited.
I will try also to ADD 1 or 2 PA Films to my Poll here.

In the captivating END OF THE WORLD 1959 only 3 people survive a nuclear disaster. There is a black man, a white girl & an apparent racist agitator , they must survive/exist
The All Time Classic HG Wells PA/Scifi Masterpiece TIME MACHINE 1960 with cult actor
Rod Taylor as a Victorian time traveler arriving in another world where he romances
Yvette Mimieux and helps her people the Eloi fight against oppressors The Morlocks.
The PA genre continued with more glorious PA Films like LAST MAN ON EARTH 1964 and
reached epic proportions of box office success/popularity with PLANET OF THE APES 68.
The story of a PA world dominated by apes was continued superbly in the follow up
BENEATH THE PLANET OF THE APES 1969 where James Franciscus fought the Chimps.
PA Films Leading exponent CHARLTON HESTON continued the cycle with OMEGA MAN 71
and the environmental PA/Scifi SOYLENT GREEN 1973.
Yul Brynner’s ULTIMATE WARRIOR 1975 was followed by PA Favourite MAD MAX 1979.
Sequels followed Mad Max 1981/1995. Arnold Schwarzenegger had a major PA Hit
with TERMINATOR 1984 and TERMINATOR 2 1991, along with his fine RUNNING MAN 87.
TWELVE MONKEYS 1995 provided a strong PA Film with Madeleine Stowe & Bruce Willis.
Italian directors of PA Films like Sergio Martino, Enzo Castellari provided exciting PA
entries starring actors like George Eastman, Fred Williamson, Harrison Muller & others.
PA Leading Ladies appearing as Warriors or Cyborg types were Deborah Rennard,
Janet Agren, Camilla Sparv, Corinne Clery, Marisa Solinas, Sandahl Bergman.
PA Films continue to be made into the 2000s as the genre remains popular & exciting.

Hi Sebastian,
the above is my article on Post Apocalyptic Films as promised.
If you like it please DO place it in your Grindhouse/Deuce site with my name credited

I will also tomorrow 3/3/08 update the PA Poll with more Films that deserve to be in.
I have CHECKED all the films in my poll and they are PA, but you double check if you like

Good list but I miss: Escape from Planet Ape, Escpape from Manhatten, Escape from L.A… Did I oversaw A Boy and his Dog (1975)? It is a classical with a young Don Johnson and Jason Robards. And what’s with On the Beach (1959)?

It’s tough including all I think. The classics should be there though of course.

A movie like von Trier’s Element of Crime COULD also be defined as a PA-movie with a giallo plot actually.

Thanks for your suggestions on PA Films. I will look at your titles as I would like to ADD
some “essential PA Films” to the Poll.

We have to be selective though.

PA Poll has been UPDATED.

At the beginning Escape From the Planet of the Apes is PA. Then it is more a story before the Apocalypse.

Also a PA is Costners Postman, but I understand when you don’t add it to your list.

[quote=“Paco Roman, post:16, topic:897”]At the beginning Escape From the Planet of the Apes is PA. Then it is more a story before the Apocalypse.

Also a PA is Costners Postman, but I understand when you don’t add it to your list. :)[/quote]

I have added both the APES Films as they fit the PA criteria and The Postman is also PA.
TONY MUSANTE was brilliant in
BIRD WITH CRYSTAL PLUMAGE 1969, MERCENARY 1969 and many more Films.

A LIST BOOK on Post Apocalyptic Cinema is an idea. But is there on in English / Italian ?