I recently saw Nevada Smith on Arte, German spoken. I found the movie incoherent and McQueen unsuitable for the main part. Not looking like a young half breed to be believable. Also the people met on his revenge journey are too much focused on the story to make them coincidence. Not a movie I would visit again.

Just finished re-watching Execution. The 2nd time around the film moved at a better pace, and actually isn’t as bad as I initially remembered. It’s definitely not Essential Top 20 or Alternative Top 20 material, but is entertaining enough.

Still not a fan of how director/co-writer Paolella chose to end the film, it would’ve been better had he just finished it with Bill Coler riding off after making sure the gold was returned and bidding farewell to his brother as he’s hauled off to jail. Instead they add this unnecessary bit of Bill finding Burt hit his head on a rock and died not long later after being thrown from the wagon, and Bill having this bizarre mental breakdown, even though Burt essentially betrayed him for the gold.

Finally got to watch the film on the Koch DVD, and the quality is actually a little better than the Films&Clips YouTube channel copy, though I imagine it is the Koch print they use.

Not an SW for everybody, but it does have its moments. 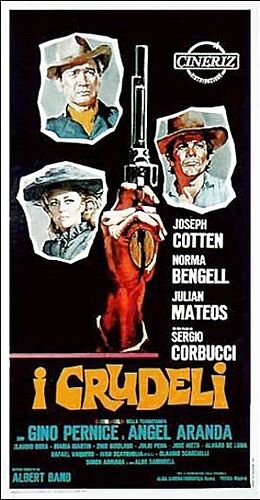 Just finished up I Crudeli (The Hellbenders) today. Gotta admit I was pleasantly surprised by this one, not a masterpiece by any means, but still quite entertaining and engaging. Some of Corbucci’s motifs such as cynicism amongst the main characters, dark ending, etc, are present, but for the most part the film feels more American in its execution since Albert Band put himself in charge over Corbucci.

Surprisingly, even though the audience is supposed to gain sympathy for Ben and Claire, I didn’t feel that sorry for them because they stuck it out in spite of voicing their opposition. There really aren’t any characters you can root for, but that kind of makes the the film better as audiences can view the characters objectively without feeling any emotion for them.

The Hellbenders is one of the greats in my book - great acting and a quite original premise (by genre standards). I’m deeply fond of Morricones militaristic score as well, it illustrates the film perfectly.

Most people seem to have one or two of the minor Corbucci westerns among their favorites outside most or all of The Big 4 (the ones in the Official Top 20). The Hellbenders would be my pick along with Navajo Joe. It’s only a pity that the very highlights occur within the first 20 minutes or so.

I agree on the lack of unambiguously sympathetic characters, by the way. You can basically choose which - if any characters to root for or despise - just like I want it from a Spaghetti Western.

Finally got to sit down and check out some of the special features on Arrow’s Blu Ray of Django. I was really surprised by Ruggero Deodato’s newly done interview. I was comparing it to the old interview he did that appeared on the Blue Underground DVD, and found myself wondering if he was now a crotchety bitter old man, as he seemed much more negative in regards to Corbucci in particular, and even a little to Franco Nero. I know memories can either become lovelier or extremely negative as we grow older, but jeez, you would think all Corbucci did was screw people over the way Deodato was talking about him, even going so far as to say that he did most of the work as Corbucci had no faith in the project.

I’m hoping that when Deodato was interviewed he was in bad mood, cause in other interviews talking about Corbucci, he does say he could be tough, but was generally favorable to him. What do y’all think who’ve had a chance to check the interview out.

I’m hoping that when Deodato was interviewed he was in bad mood, cause in other interviews talking about Corbucci, he does say he could be tough, but was generally favorable to him. What do y’all think who’ve had a chance to check the interview out.

Not sure because I haven’t seen it but I’ll have to check this out now…sounds really interesting.

Same…I remember it being quite unique for a Morricone score but I think it worked wonders.

The Hellbenders would be my pick along with Navajo Joe .

Did an Audie Murphy weekend with Seven Ways from Sundown (excellent!) and Hell Bent for Leather (good) 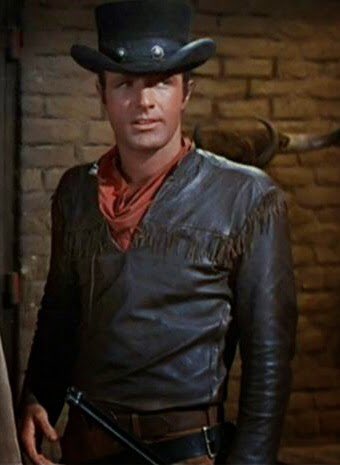 I rewatched EL DORADO, of course in honor to James Caan

It’s a very pleasant movie, among the four or five finest films of the Duke, but unfortunately James Caan’s character with the impossible name Alan Bourdillion Traherne (you understand why they called him Mississipi) was the weakest link of the entire movie. I don’t think it was Caan’s fault, the screenwriter were to blame: you can make a joke about a name or a hat once, or maybe even twice, but not all the time.

I have nothing to add to the review I wrote several years ago: 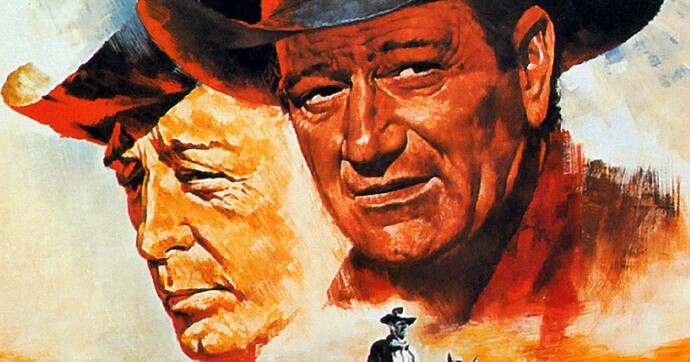 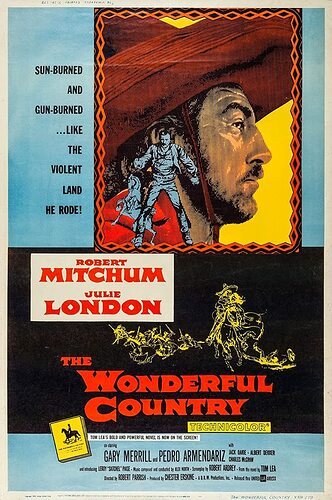 Since my Blu-ray player broke, I haven’t had the opportunity to watch as many as I’d like, so I thought I’d take a look and see what’s available on Amazon prime. I found The Wonderful Country with Robert Mitchum, a film which I honestly didn’t enjoy the first time I watched it but I was only about 10 years old at the time and I craved action, so I felt like it was time to take another look with a fresh perspective. While the film can be slow in some parts, especially the scenes with Julie London, it’s better than I remembered. If it was supposed to have a message, I think the filmmakers failed but as a simple story about a man struggling to find his place in the world, it works just enough to keep me engaged. My rating: 3/5 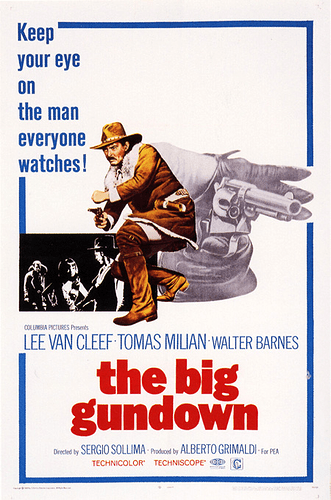 Finally watched The Big Gundown, albeit a somewhat cut down version. Might get around to watching it uncut sometime, but even in the bastardized Paramount drive-in cut, it’s still a “hell of a movie”. I should also come clean and admit I’m watching Sollima’s “trilogy” out of order, since I started with Run, Man, Run, which means all I have left is Face to Face, which means I’m now watching them in order of how tonally dark they are.

Wait until you see the uncut version!

Finally watched The Big Gundown , albeit a somewhat cut down version.

You are in for one helluva treat when you do eventually get to see ‘The Big Gundown’ uncut…
A cracking Spaghetti Western …:
In its snipped form, a great one - but in its original, un-butchered state, an undisputed triumph!

I should also come clean and admit I’m watching Sollima’s “trilogy” out of order, since I started with Run, Man, Run , which means all I have left is Face to Face

Same order I watched them in. I think you’ll appreciate Run, Man, Run more if you watch it before The Big Gundown. I feel like it’s a bit of a comedown when watching them in the reverse order.