then I want to watch that shit too.

This looks interesting though. I like Battletruck by the same director, kind of Kiwi postapo answer to Mad Max.

Nah, completely different movies. Conquest just sort of skirts the line of utter cheesiness while still offering some quite appealing imagery, the top IMDb review says it all, love it or hate it. Troll 2, on the other hand, completely crosses the line and really shoots for the stars in this regard. It’s like a rotten piece of Limburger covered with green mold spots and all that, the acting alone puts it in its own category and makes Conquest look like The LOTR series by comparison.

This looks interesting though. I like Battletruck by the same director, kind of Kiwi postapo answer to Mad Max.

Yeah, there is some stuff along the lines of the later David Lynch style here, it’s pretty interesting. Wanted to add Battletruck to my watchlist, but it’s already there.

I love this movie…
Probably for the wrong reasons.

In the 1970s, when I was a lot younger (most of us were a lot younger then), I used to watch a TV show called Fantasy Island. People could live out their dearest fantasies on this island, owned by a mysterious Mr. Roarke (played by Ricardo Montalban, who used to discuss the fantasies with his assistant, Hervé Villechaize). This movie is a re-imaging of the show, albeit in horror style: fantasies are turned into nightmares

Re-imaginings of old TV shows usually are shitty affairs, but this one is not too bad (I know, most critics thought otherwise). It has an attractive cast and there are a few interesting ideas, possibly taken from a short story by Philip K. Dick, The Commuter, in which people are able to ‘erase’ their worst mistake and get the chance to live the life they could have had. Christopher Nolan’s Inception also made an impression on the film makers, so it seems (instead of dreams, we enter fantasies, and eventually the main question becomes: In whose fantasy are we?). Of course these ideas are only hinted at, never developed, the movie never aspires to be more than featherweight entertainment 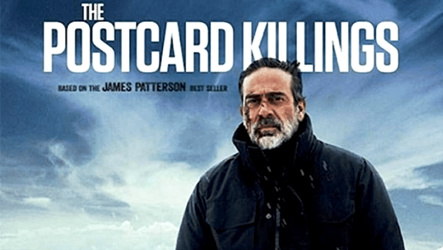 A screen adaptation of a James Patterson novel (co-written by Swedish crime author Liza Marklund). Jeffry Dean Morgan is a NYPD detective whose daughter was killed when on honeymoon in Europe. He crosses the ocean and discovers that a couple of serial killers is targeting other couples, announcing their gruesome acts by means of a postcard sent to a local journalist. And of course our American hero is smarter and more resolute than the combined police forces of London, Munich, Madrid and Stockholm …

Patterson seems to write a book every other month or so, but he has a certain talent for rapid story-telling. When read on a plane, during an international flight, his writings often work. But this convoluted story is too far-fetched (the motivations of the killing couple seem completely ridiculous) to work on any level. There’s one tremendous plot-twist, about halfway through the movie, but one great twist does not make a good movie. Morgan is a charismatic actor, but it’s hard to do anything with this ill-defined, one-dimensional (and often a little pathetic) character. And Famke Janssen obviously had one face-lift too many.