I saw it yesterday. Damn good film. You can spot influences from The Thing, Shoot the Living Pray for the Dead and Cut-Throats Nine and most importantly from Reservoir Dogs. Morricone’s score was perfect.

I have mixed feelings about the film. You get more yak than bang for your buck - none of the dialogue is particularly memorable - although when the violence does come, it is skilfully ‘executed’. Acting by the principals is excellent, and the fine score is unmistakably Morricone. As with Django Unchained, however, if QT thinks he’s making a searing indictment of historical and contemporary racism, he’s kidding himself. This is a superior pastiche, of is own movies as well as other directors’, and very enjoyable on those terms.

Starblack, welcome back been a long time since your last post (I think)

I also found myself comparing Daisy to characters in other movies just as unlucky as her, which makes me wonder if any other characters deserved the same fate as her.

Mixed feelings here as well. On the one hand it’s Tarantino’s most nihilistic, on the other his most purposeful movie. The room in which most of the action takes place obviously can be interpreted as a metaphor for USA. Micro-America, its micro-melting-pot (or is it boiling pot?) and its micro-hatred. The hatred between races, between ethnic groups, between genders, between northerners and southerners etc. Grotesque finale and the feel of theater performance reminded me of recent movies from William Friedkin such as Killer Joe, which are actually dramatic pieces set on screen.

But I’m not sure that purposefulness is what suits Tarantino well, even if he comes back to his previously seen obsessions: war, racism, violence towards women etc. Many accuse him that he deals with all that superficially, like he only relives his childhood fantasies and they may be on the mark (but hey, isn’t that exactly why we love his movies?). The film is overstretched, especially the first part, in which in the hour and a half there are few memorable scenes. I wish someone had the guts to give Quentin a scissors. Movie is clearly cut in two parts, first part being borefest, second gorefest.

Someone made a good point that the movie is like best scenes from his other films, such as the basement tavern in Basterds or dinner at the plantation in Django, only that this time the scene spreads over the entire three-hour movie. To me, it is not a plus, those scenes were effective precisely because they concisely kept tension until explosive resolution, here the effect is watered down. Dialogues at times appear to be forced tarantino-by-numbers. Kurt Russell, for example, does not have quality lines. Walton Goggins steals the show as a liveliest character that offers much needed comic relief.

Morricone original music to me was fantastic. Only two songs appear in the film in a way we are used in other Tarantino movies: the use of White Stripes’ “Apple Blossom” is not very effective, but Roy Orbison’s “There Will not Be Many Coming Home” in a way redeems the whole movie at the very end.

One of my least favorite Tarantino’s movies for sure. It’s way too drawn out and the dialogue was a bit over the top IMO. Worth watching , but won’t watch it again.

I liked the movie. Being a QT film, I naturally expected a LOT of talking, and I also knew that the characters’ dialogue would be in contemporary speech. Basically like modern-day people transported back to the old west.

As for the soundtrack, early on in the film (sometime during the stagecoach ride), I recognized one of Morricone’s tracks (Regan’s Theme) from Exorcist II: The Heretic.

I, too, kind of hoped for more with the new ost, BUT I also knew deep down that a new Morricone track would not equal the power of his older, 1960s to early 70s western soundtracks. People, including artists, change. Maybe he had run out of fresh ideas for westerns. It had been a long time since his last western anyway. As it is, I was still glad to hear a new one from him.

Way to long for a western for me with all the taking in. Alot of the score was used from the unused score to The Thing. Getting a little fed up of seeing Samuel J Jackson in his films, as he always plays a character who never stops talking ! The story is so protracted out which does no benefit for the film in my view.

I’m hoping to see this one and I am not reading too much about it as I like to be surprised and make my own opinions about the movie.

Read my review of THE HATEFUL EIGHT’s soundtrack 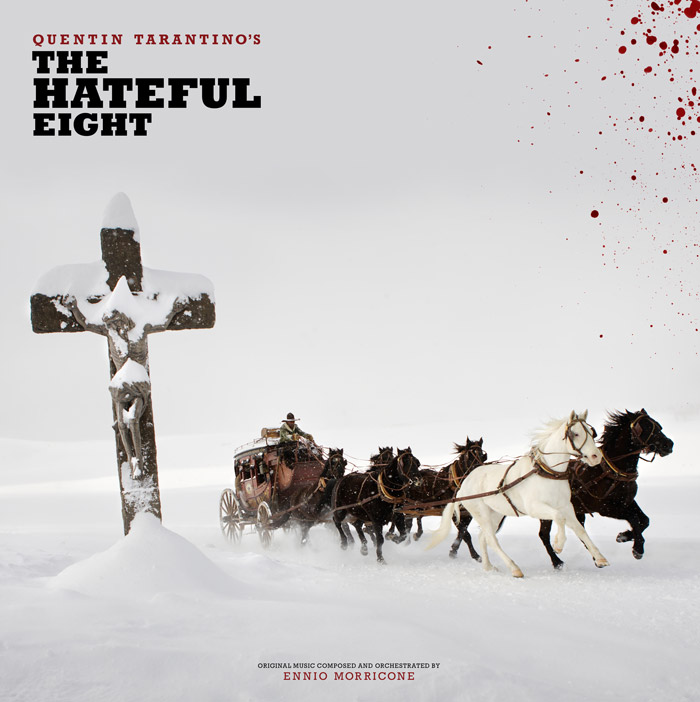 To many, including myself, Ennio Morricone is the best composer of film music… in the world. His music to world famous spaghetti westerns (such as The Good, The Bad and The Ugly) is just as unique...

Ennio Morricone won the award for Best Score at the Critic’s Choice Awards last night, for his work on The Hateful Eight.

The cool @upbruckner and I will attend the Berlin premiere on tuesday. I will then see it again the saturday and sunday that follows. Three times in one week should do

So on Tuesday evening I went to the Berlin premiere… and now with the hangover behind me and two more screening coming up Saturday and Sunday, I still tried myself at a little review of the film 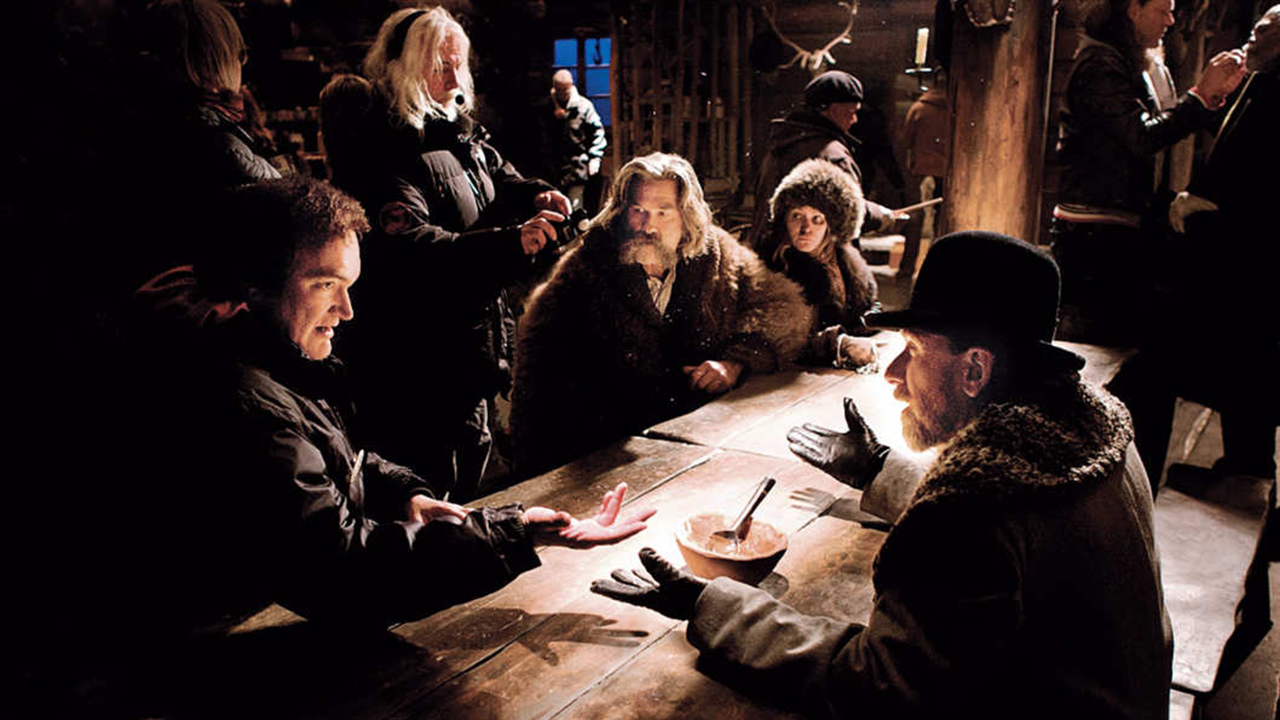 Cold wind grabs a small group of men, their coats only a mediocre protection from the freezing winter temperatures. Berlin. January 26, 2016. We stand in line for the red carpet premiere of the 70mm Roadshow...

So I have seen the 70mm Roadshow Version now 3 (!) times in one week, and revised my review a bit. To my own surprise, my opinion of the movie greatly improved from each viewing. I did not expect that, especially considering the mystery aspect of it.

Nice to see Ennio Morricone win the BAFTA for best score. Deserves the recognition as he’s produced some great scores for numerous films over the years and he’s probably not done yet!

The only real problem I had was that random voice over in the middle… the fact that it was him, and it would have been a nice surprise if he hadn’t said or shown anything