Just finished viewing this one under the title Ballad of Django. Version I viewed was a VHS rip, widescreen in English with forced subtitles.

As its basically just a bunch of scenes from Fidani’s other films, its hard to rate/review based on the scenes themselves or the plot. Basically there is no real plot, its just Django telling stories about his experiences as a bounty hunter. That said, I enjoyed it quite a bit. Because there’s no real story, the scenes that make up this film are mostly all action sequences and it never gets lost in confusing dullness. It kind of reminds me of W Django, in that its a simple vehicle for action. Being that its scenes from several Fidani films, you get a nice sampling of his work- from decently impressive to laughably ridiculous. Again, there is much I could comment on the scenes themselves, but the comments would really belong in a discussion of the original films

While watching, I was wondering if maybe the idea to have a young guy that admired Django as a kid, and then seeks him out and listens to the old Django telling his bounty hunter stories was a sort of ripoff of My Name is Nobody, but this film predates it by a few years.

If you can have a good time with Fidanis and you don’t mind watching a film composed of 90% recycled footage, or maybe you haven’t seen any Fidanis yet but are interested to see what they hold, then I would definitely recommend this title.

Must be pretty episodic

Must be pretty episodic

It is! Just finished watching it, pretty entertaining Fidani flick with all b-western elements a western can have.

I watched this one today and I can’t help but wonder how many minutes were actually shot for this movie. Most sequences were inserts from other Fidanis, haven’t seen all of them, but I did recognize the parts from Quel Maledetto Giorno d’Inverno Django e Sartana…all’Ultimo Sangue. I found it quite entertaining though - as entertaining as a Fidani film can be of course. I must admit the beginning was very promising, an old crippling Django walking with his stick but still being able to kick ass - this stuff happens only in Fidani-land!
Anyway, what you get here is basically the trademarks of Fidani film making: dizzying camerawork, chainsaw editing, explosive sound effects, over-the-top villains etc. All except from the nonsensical plot (which you would get if it wasn’t for the episodic structure of the film)
Recommended for fans of trashy SW.

I have a DVD-R, but thing “freezes” for a second or so at least a couple of times per minute. Very annoying… Anyone have a good copy for trade? And I am most definitely a fan of trashy SW!

Does your one have Scandinavian subs?

Hey there, Silence. Thanks for the reply. Yes, it does. Letterboxed w/black bars, subs at the beginning during credits say “Norsk”.

Ok. I have the same version as you do but my doesn’t have these freezes you’re talking about. Or maybe they do. I’ll have to check. I don’t remember ;).

Silence,
I meant thanks in advance, for whenever you happen to get around to checking… Didn’t mean to come across in a rush. I probably should have worded it that way in the first place, but thanks again just the same! 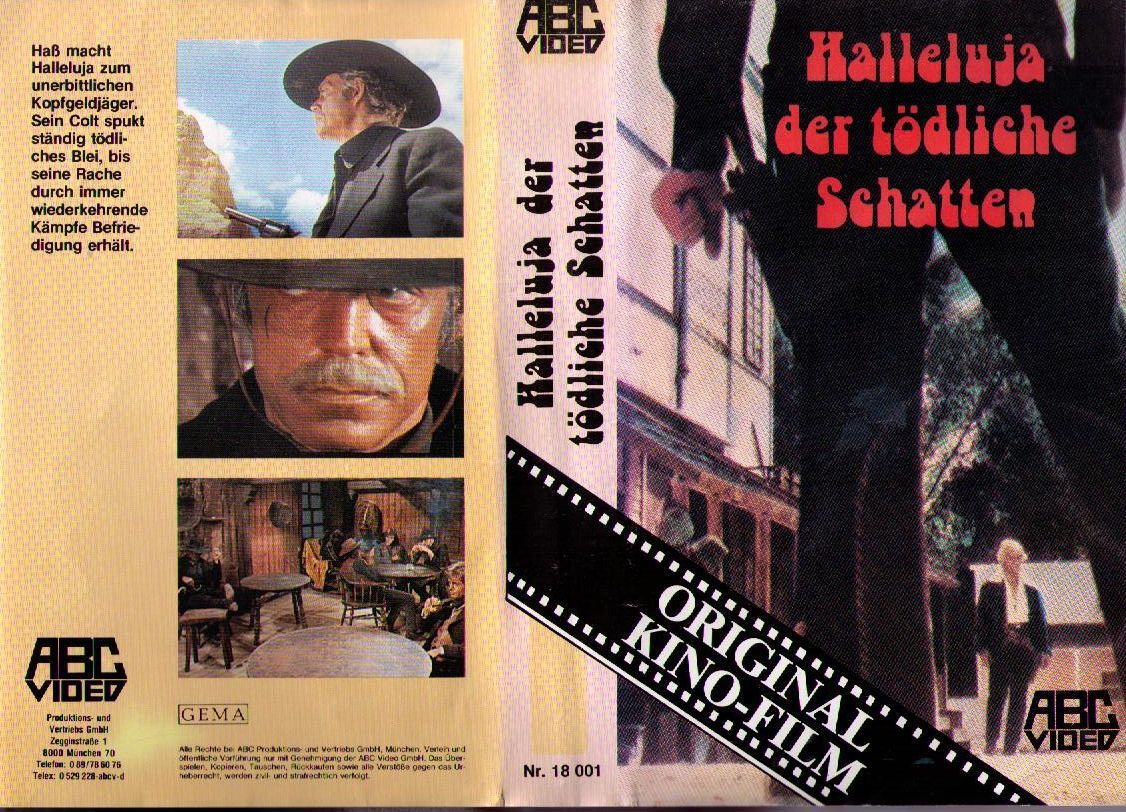 This came in today. Couldn´t resist buying it 8) 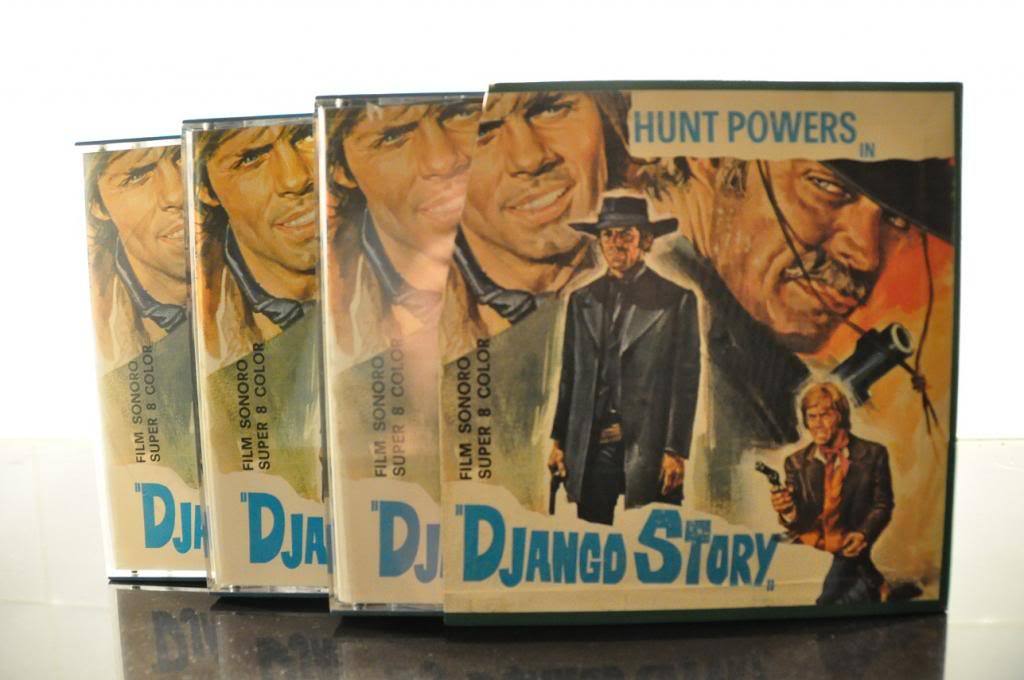 In this “Frankenstein SW” released in August 1971 - eight months after They Call Me Trinity - you begin to notice the influence of Enzo Barboni’s film, with Django big eater and the useless, absurd final brawl.

Speaking of that scene, this must be almost certainly the only film in the history of cinema that ends with a punch the protagonist throws at the viewer (POV shot)! Fidani never changes: after all the previous And Now… Make Your Peace with God (1968) began with a guy smacked over the head with a bottle…

This came in today. Couldn´t resist buying it

What is this exactly? I can’t make it out from the pic

Looks like an Italian Super8 Version of the Film !

If you want to see a bunch of clips from the directors westerns, this may be the film for you !. Fistfights and gunfights all rolled into one, with an older Django character telling the story. Its a shame as the new scenes with the older Django telling the story are the best scenes in the film for me. Viewed a fandub of a T.V print, and is alot better than my previous VHS print.

There are also two important new scenes with the younger Django, the duels with Benito Pacifico/Dennis Colt and Dino Strano/Dean Stratford.