It was amazing when I saw it, aged about eleven or so…
So good, and it stands the test of time…a real Sci-Fi trail-blazer, years before 'Star Wars…

I enjoyed ‘No Time to Die’, even if many did not.

I thought that it was a fitting end tribute to the best of Bonds…long live Daniel Craig… a superb Bond, a superb actor, and a superb escort to the Queen, and her corgis.

I say that because I have a feeling that the PC/woke brigade are going to start fuc…ng everything up now.

However, I could be wrong…

Feeling nostalgic, so going through my Bond themes, and this is definitely one of my favs… On Her Majesty’s Secret Service is my all-time favourite Bond and has the best title song. Really wish we got a few more Bonds with Lazenby

Definitely. I think that George sold himself short, He was good, and would, I’m sure, have got better.
‘OHMSS’…so very close to the original Ian Fleming novel…
A triumph, in my opinion.

On Her Majesty’s Secret Service is my all-time favourite Bond and has the best title song. Really wish we got a few more Bonds with Lazenby 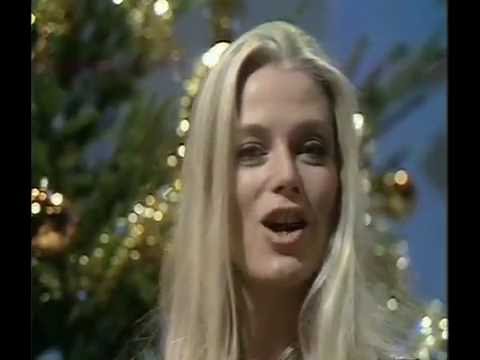 My Dad loves the Andy Williams Christmas Specials, that’s his opener for the Holidays.

Legitimately made me laugh out loud Aldo, that’s hilarious.

Feeling low, and tired (CFS), so getting my head down.

In the meantime, in order to stay awake…just want to say how good it is to chat to you folk…

Always good to chat with you as well Toscano! I’m constantly amazed at the all the fantastic, obscure films you (and the rest of the folks in the forums) manage to find in the “Last Film You Watched” threads.

Correct me if I’m wrong, but the purpose of this ‘Talk Whatever’, is to speak your mind, so here goes…
I’ve not been well recently, due to my ‘CFS’. Been feeling like crap, actually, since Friday. I’ve come alive (partially) on Sunday, to read that GB is again being run-down by people who should know better.

I’m normally pretty passive, and hate mentioning politics, or anarchists, but this is exactly what these twats posing as 'Insulate Britain, and ‘Extinction Rebellion’ are… Anarchists. Try this shit on in China or Korea, and you would be f…ed, BIG TIME!
I hate to see my country being brought down and held to ransom by such a bunch of wankers. Stop claiming that you are trying to save the planet (only ‘Superman’ can do that!) and be honest about your true intentions…!

Rant over.
P.S. I haven’t posted this to start a debate…just letting a bit of steam off.

Mustn’t annoy the ‘PC’ or ‘Woke Brigade’, must we…

I don’t know how many Americans are here but for those celebrating Happy Thanksgiving! (and for those not hope you have a great day!)

I thoroughly enjoyed the Thanksgiving festivities, my family gathering was a little small this year, but it was great to have everyone who did come together. Hope your Turkey Day was fun.

Thanks MakestheMovie, it was a lot of fun (if a little smaller) for us as well! Great to have some time just to hang and eat with the family.

Cool - did not expect that.

My wife heard him interviewed on the radio a short while back where he spoke a bit about his Spaghetti Western obsession. Pretty sure he used the term “pursuit of diminishing returns” (or something like it) in reference to his completism. I think we all relate to that here.

I kept on meaning to talk about this special topic for a while and was always forgetting. I had a really excellent with eBay earlier this year. My Dad is a big fan of the British comedy series Last of the Summer Wine, and for Christmas this year I’m giving him the Series 1 to 10 boxset put out by HMV. I found a seller on eBay UK who ships to the States as HMV is UK only right now, and had a really good price on the set. When it arrived at the house, I was excellently surprised how well packaged the seller had he item. He wrapped the DVD set in like 4 to six layers of bubble wrap and placed it in a shoe box, no risk of damage in transit at all. I was very, very happy with the seller’s appreciation of safety, and I know my Dad will thoroughly enjoy this gift.