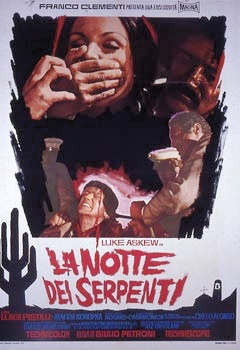 Luke Askew in the worst hat in Spaghettidom and Steffanelli in arguably the worst fright wig but neither is enough to put me off this film. I still like it a lot for all its faults. Chelo Alonso is of course always welcome. As is Luigi Pistilli. Been far too long since I’ve seen it and glad I remedied that. 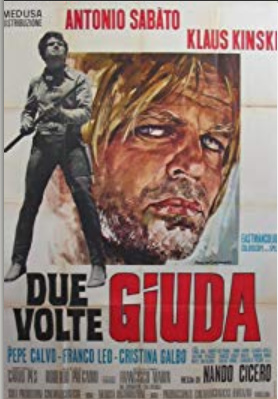 Didn’t know about this one. Turned out to be a real well-made film and obviously with ambitions to be something more than your usual spag. It didn’t do the trick for me though. Too highly strung throughout and as it ended up, all wrong. 5/10

Too highly strung throughout and as it ended up, all wrong. 5/10

I’ve read of others not rating this, but I do … Psycho Kinski, (qu’est que ce) Vs Memory loss Sabato, filmed in beautiful Almeria locations … what’s not to like?

First, I thought it a real good one, beautifully filmed, beautiful locations, well directed and quite stylish at that. Then I thought the acting of Sabato (and sometimes Kinski) quite pompous. And, it is clear all the time that Kinsky is “Dingus” (the credits on the film’s page are massive spoilers here), and I go along with that. Then in the end it turns out that it was all the time about a Southern aristocrat family nursing a viper in their bosom, a revengeful half breed, or a “bastard Indian”, as Sabato puts it, who goes about murdering them all. Not by bag.

Fair enough … I wasn’t looking for any great depth, just enjoyed it as an adventure revenge yarn - Kinski’s highly unlikely ethic background barely registered with me … he’s just a mad dog who needs putting down (see what I did there? ) ‘Dingus’, I think I remember hearing means a sick or crazy dog.

José María Elorrieta’s first Western, El hombre de la diligencia, released in 1 BL, is something like a prelude to his Fuerte perdido. Again, Geronimo’s Apache braves are on the warpath; hence they feel obliged to attack a derelict desert compound where a motley group of travelers have sought refuge. Although we get to witness the sad and sharp deterioration of group dynamics within the defensive walls, plus amazing Apache attacks at regular intervals (approx. every ten minutes), The Fury of the Apaches is maybe a tad too long.

Kinski’s highly unlikely ethic background barely registered with me … he’s just a mad dog who needs putting down (see what I did there? ) ‘Dingus’ , I think I remember hearing means a sick or crazy dog.

The saloon girl, immideately before the canteena scene, tells Sabato that the Mexican calls their mongrels, or bastard dogs, that. Maybe I was too harsh on this film, but the ending didn’t sit well with me. I’ll probably watch it again, a lot of good things here.

By the way, seems that peculiar line, “But you’re still a little Indian bastard!” is left out in the English audio. Not comme il faut?

“But you’re still a little Indian bastard!” is left out in the English audio

It was included in the first movies4men broadcast, and then cut out of every screening since.

The line does seem harsh by today’s standards … but historically, and in the time of the film’s production, no one would give this a 2nd thought.

’Navajo Joe’ is full of derogatory comments about native Americans … but that movie is now seen as pro “Indian”, so presumably it’s more acceptable.

To me, we’re looking at adventure films made about rough characters in rough times, so in that context, I personally don’t have an issue. You can’t sweep over history to make it more palatable, whether it’s the 1860s or 1960s. People said, did and believed much worse in reality than anything portrayed in these movies, which dated or not are just simple escapist films. My humble opinion

DAY 26
Tonight, I’m having a crack at Django, the Last Killer (Vari, 1967). Can’t say I’m especially enthused by the thought of this one but our man @scherpschutter gave it a decent review so maybe it’ll be okay. I’ll have to leave it until the other side of midnight now though, these low-rent spags always die a death when I attempt to watch them at a more reasonable time. 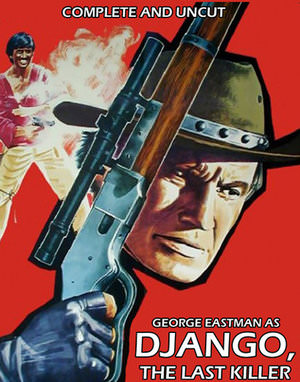 Spagvemberfest#26 Vari: A Hole in the Forehead
-I’m also watching Vari film with Ghidra today. Ghidra and Undari made a good job in the lead and so did Vari as the director. Slow moving film which benefits from excellent, melancholic soundtrack from Roberto Predagio. 6/10

Not a big issue with me either. I will perhaps chew some more on it later. But for now, more pressing matters at hand, namely 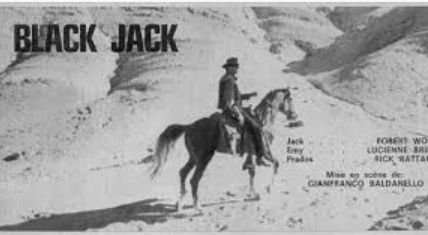 Not in my original plan for Spagvember. But as another of the films I originally picked from the “browse film by year of release”-page turned out to be a 1969 release, and as the WildEast DVD of this 1968 release just dropped into my mailbox (it comes together with The Bell Starr Story), it will be on tonight. Another real nasty Indian in this one I think!

José María Elorrieta’s Los siete de Pancho Villa, released in 3 AL, isn’t a Western, rather an adventure film set during the Mexican Revolution (1910–1920). Played by Ricardo Palacios, Pancho Villa appears only briefly at the beginning. He is depicted in a very unflattering way, as are his men, probably in keeping with the political agendas and views of dictator Francisco Franco’s right-wing regime. Villa was a revolutionary, after all. 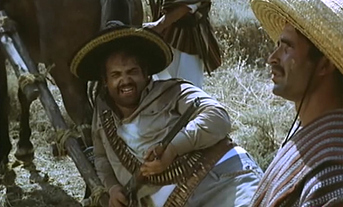 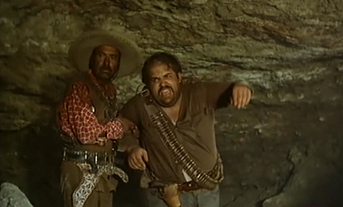 Spagvember#28 Castellari: Kill Them All And Come Back Alone
-I’ve had the WE dvd on my shelf for 10 years and had not watched it until now. One reason for postponing it was that I remembered it as a total crap. But the version I had seen before was almost unwatchable, fullscreen, almost colourless mess so I was pleasantly surprised by the film in decent print. Well yes it is a “Bang crash, bang wallop, biff bosh bash - wallop wallop, kap-ow ping, boof aghhh BANG!” -just action and fistfights from beginning to end but it’s still entertaining. 6/10 (and that’s a quite increase from my original rating of 2/10)

Getting my Dick Spitfire on once more, this time in the shape of One Damned Day at Dawn… Django Meets Sartana (Fidani, 1970), which feels like a mouthful until you consider that the far more accurate “One Damned Day at No Specific Time… Some Fella Going by the Name of Django (But Not the Django You’re Thinking Of) Meets a Bloke Called Ronson” doesn’t quite have the same razzle dazzle to it. Mr. Spitfire did a bunch of movies in rapid succession with the same cast but the way I manage to distinguish this one from the others is to remember that this one is “The Crap One” which, as you can imagine from the Miles Deem canon, is quite a f*cking statement. Oh well. Wish me luck. 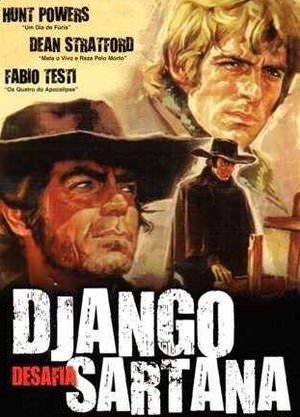 Si quieres vivir, dispara (“if you want to live, fire”) was released in 11 AL (depósito legal: 1975) or later. Its alleged director, José María Elorrieta, had died the year before, in February 10 AL. The film’s credits don’t mention him as director, only as writer (José M.a Elorrieta). No director is given in the opening credits, and the film ends with this insert:

So it’s anyone’s guess who actually directed Si quieres vivir, dispara (director’s name on the movie poster: J. Lacy). Javier Elorrieta is José María’s son, and he provided the film’s music (nice vocals by a singer named Andrea White). The film tells two parallel stories, one very close to Delmer Daves’s Jubal (9 BL), the other one not really a story but a procession of sequence after sequence of gratuitous violence. Tiresome.

Btw what does AL mean?

I missed that before, but now I’m a believer …

Tonight another breathtaking Fidani! But how did it end? Didn’t quite get it, so I’ll have to give it another look. But the next time I’ll go straight to this scene. Stunning lyrics here. Not to speak about her do. And I’ve seen that chess board somewhere before…