It’s almost upon us, amigos! Hope you’ve got your movies cued up.

My plan is to work through my least recently watched Koch and Wild East discs but there’ll probably be some random Amazon Prime viewings too as I sometimes need to utilize my commuting time to fit everything in.

It’s almost upon us, amigos! Hope you’ve got your movies cued up.

Not in the least. I perhaps have only 15 films qued up. Anyway, seems I’ll be in it up to my neck once again.

As a complete newbie to this whose curious to try it, is 4 to 5 months enough of a gap between viewings?. I actually might start off with doing a second viewing of the Complete Sartana boxset. Thanks for all help and tips.

There are absolutely no rules to this makesthemovie.
You can watch whatever you like. And if you don’t get through one every day it doesn’t matter either. The key is to enjoy it whichever way you like.

The challenge is to try to watch one spaghetti per day every day throughout November. You can incorporate some sort of theme if you’d like - last year I went only with spags which contained the names Django, Sartana, Ringo, Trinity or Sabata; a couple of years ago @Phil_H went with the truly mindbending theme of only watching Anthony Steffen movies - but a theme isn’t necessary by any means. You can watch any 30 spags you like. Or the same one spag thirty days in a row if that’s how you want to roll (that’s a theme I might try myself one year). As long as you try to watch one every day, it’s all good. And, hey, if you can’t quite make one every single day - sometimes real bloody life gets in the way of these things, after all - it doesn’t matter. Just have fun with it. And if you can drive your family spaghetti-mental at the same time, all the better!

I already know my Spagvember’s going to be f*cking brutal this year. I still can’t wait, though.

I’m in, for the first time…

Spagvember’s going to be f*cking brutal this year

I’m only 20 minutes into ‘Ramon the Mexican’ and already feeling the strain!

To my eternal shame, I am out… on the bright side, I am taking a longer vacation instead. Which, I guess, isn’t too bad a thing either

Thanks a bunch Phil, that helps a lot.

Thanks Asa, you and Phil have helped me plan out this challenge.

Yes, this year I’m theming my Spagvember in honour of that spaghetti staple, the cheapo box set. I haven’t bought a cheapo box set in maybe five or six years but, even after all this time, there are plenty of films on those sets I still haven’t gotten around to seeing. Why? Well, because for the most part, they’re the unsung “meh” entries in the genre. I’m always determined to get to them but, when it comes to it, there’s always something else I want to watch more.

SPAGVEMBERFEST 2019: DAY 1
Despite the relatively brutal nature of my theme this year, I’m starting fairly strongly with a picture I really ought to have seen by now: A Sky Full of Stars For a Roof (Petroni, 1968). Supposed to be half-decent, this one. Let’s bloody hope so, eh? Vamos a matar, compañeros! 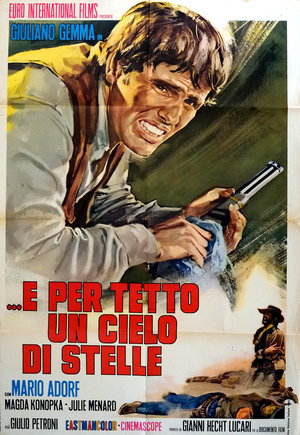 Mario Adorf was a A-class actor in my opinion!

Starting off the Spagnovember with Lee Van Cleef, his last great one, 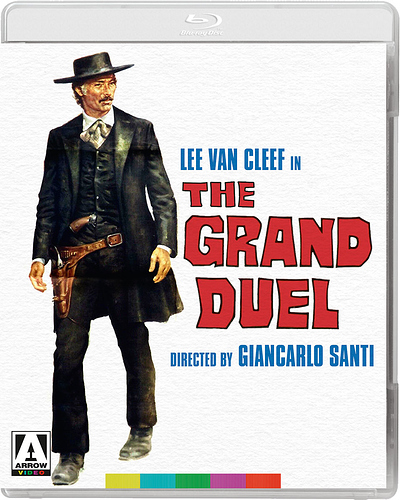 Am also planning to end the challenge with a Van Cleef one, but not sure which one yet.

Nice strong start, @makesthemovie. I really enjoyed revisiting The Grand Duel when that Arrow blu came out. It was better than I remembered it, and I already thought it was a pretty good anyway.

My first day of Spagvember was a bit of a bust. I spent the first 5-10 minutes of A Sky Full of Stars For a Roof trying to work out how to get my telly to zoom the picture (my cheapo box set presents the movie with thick black borders all around it) so I wasn’t incredibly invested in the film, which never got interesting enough to pull me in. On the plus side, when it was over I watched A Noose is Waiting For You Trinity (Balcázar, 1972) which I enjoyed far more. So I’m kind-of a movie up already, even though ANiWFYT wasn’t on the schedule for this year.

Taking a look at Antonio Margheriti’s spaghetti western/martial arts hybrid Blood Money aka The Stranger and the Gunfighter (1974). I love spags, I love a bit of Shaw Brothers chop socky action and I love Lee van Cleef so, logically, this must be the greatest movie of all time, right? Right! Glad that’s sorted. Hiiiiiiiiiiiiii-yaaa! 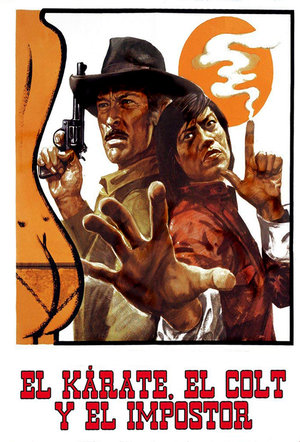 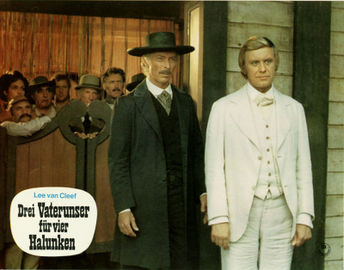 Seems like me and makesthemovie had the same bright idea for starting off Spagvemberfest with this recent Arrow Bluray. For me it was due to the realisation that it was still in the cellophane and unwatched since I bought it.

A solid start and enjoyable film which has good moments but it doesn’t grab me anything like as much as it used to 20 odd years ago when it was one of the few spags I had on vhs. The Arrow release is good though and really enjoyed the interview with Peter O’Brien amongst the special features.