A rather macabre topic, but not gratuitously raised. I kept thinking, in light of the tragic shooting of cinematographer Halyna Hutchins and director Joel Souza by Alec Baldwin, did anything similar happen during the making of 500+ Spaghetti Westerns?

I’ve read accounts of fatalities and near misses caused by explosives and sundry other hazards, but not of a death by gunplay.

The conditions under which these films were made were challenging, to say the least, with tight budgets and schedules, overworked, (and sometimes inexperienced) crews, and lax (compared to modern) safety standards.

Few films can have featured more gunplay. Were there deaths? Or does it boil down to there never being live ammunition on a film set?

Definitely interesting topic, and I’ve also wondered about the same things, will keep a look-out on such things.

Maybe the closest example of an accident I can think of is the stuntman falling straight in the camera from a balcony in “Sonora”, that “stunt” looked very painful, otherwise I’d be very interested to know more on the subject!

Leone we know was meticulous in every aspect of his film-making, except for on-set safety. Several infamous accidents and near-accidents on the GBU have been recounted in interviews and biographies, such as Eli Wallach’s acid poisoning, ride on a panicked horse with arms tied behind his back, and near decapitation. Eli Wallach almost got killed three times… And Eastwood’s head was narrowly missed by a large fragment of rock after the bridge detonation.

Kinski was hospitalized after falling off a horse, as I’m sure were many other actors and stunt artists, but I’m not aware of anyone injured or killed by gunfire.

I know in La Resa dei Conti/The Big Gundown Tomas Milian got some kind of illness or even the stomach flu after doing the pigsty scene in the Widow’s Ranch section of the film. Real animal fecal matter was used. The producers actually wanted Milian to be in a substance that looked like the mud and crap, but Milian himself insisted on being knee deep in the real stuff knowing full well what would happen, and of course shooting had to be halted for a little while when he got sick as a dog. While I appreciate Milian’s dedication to his Actor’s Studio training, that’s taking things a bit too far.

I remember an interview with George Hilton where he talks about problems with some of the horses during the filming of ‘A Bullet for Sandoval’ - how a horse he was given to ride in Almeria was a little crazy, couldn’t be controlled and took him up the side of steep canyon wall, where he managed to jump off before any serious injuries occurred - During this interview he also mentioned that the stuntmen and riders had a basic code that ‘You didn’t complain if you got injured’ … very much a macho thing - Reminded me rather of the Monty Python episode in Holy Grail when the Black Knight is losing limbs with every engagement and claiming it was only a scratch! LOL

Reminded me rather of the Monty Python episode in Holy Grail when the Black Knight is losing limbs with every engagement and claiming it was only a scratch! LOL

That was the first thing I thought of while reading that

I honestly always thought that the gunshot-ballet-thing folks do in these can get painful. In Sabata, a wounded gunman had fell over a really steep incline, hit the bottom face-down really hard…

In Sabata , a wounded gunman had fell over a really steep incline, hit the bottom face-down really hard…

Would like to know that also, been hunting, no luck yet

José Terrón, actually … but what’s in a name!! 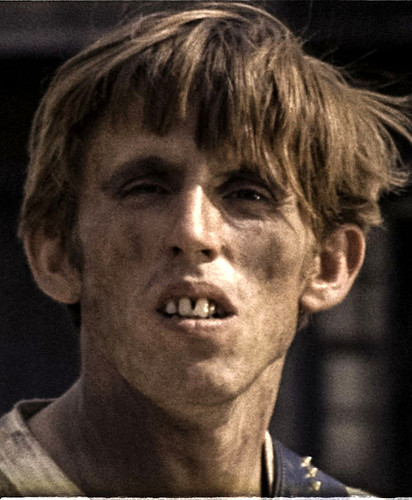 Though not a good looking chap, he never looked as freakish than that first reveal in FAFDM , as a kid he reminded me of people you might see from a mental asylum. A true moment of Leone brilliance.

I’m not aware of anyone injured or killed by gunfire.

This thread belongs to the Town Hall Category.

During the filming of The Little Cowboy, Turkish western directed by Zurli, the owner of the hotel where the film crew stayed in asked to play the role of the stage driver - or perhaps the guard beside him - and died in a stagecoach crash on the movie set in Cappadocia (the source is Marco Giusti’s book).