Here is my review for the Reverend Colt German dvd.

I agree with Yod’s review. Average SW…lots are better and lots are worse. A bit cheesy in places but I quite enjoyed it as a bit of not too serious entertainment.

Nice review, Yodlaf. - Couldn’t sleep last night so I watched Reverend Colt. This was one of the umpteen I’d bought from Xploited recently. Average but entertaining entry in the genre(it didn’t put me to sleep.) Throughout the film, I kept thinking that Guy Madison looked pretty good for an older leading man(I thought he was probably around sixty: maybe fifty six or fifty seven at best.) Anyway, I looked up Madison’s date of birth and, at the time Reverend Colt was released, he was forty nine. I was a little surprised but he still had his movie star look and played the good Reverend well enough. Glad I purchased it.

Just finished watching this. I liked it! Richard Harrison and Guy Madison make a good team. It seems like a cartoon for kids because there are alot of gunfights but hardly anyone ever dies. The guy that played the half breed looked rediculous LOL. What where they thinking? Also Richard Harrison should’ve gotten more screen time.

I thought it was pretty lame. But maybe it was a terrific trick the director pulled, because the boredom, the characters feel inside this old Fort was perfeclty transferred to me!

I saw this one yesterday. Not very bad, rather average stuff. The script, the action, the acting and the direction were hardly interesting/exciting without being particularly flawed though. Problem was that it didn’t feel like a Spag most of the time…I guess i made it through the movie because of Madison’s coolness, Harrison wasn’t given much screen time anyway.

Richard Harrison is quite disappointing here, but I must agree its role is quite minor.
Anyways, the whole scene seems to me very poor.

Actually found myself groaning in the last 10 minutes, and verbally telling the movie to just hurry up and end already. Somewhat liked the first half but the second was mighty boring

A shame, with a cool title and poster

Does anyone have this:

Wouldn’t know how to order from that site, if that’s even possible. But there are perhaps some English friendly Czech online stores.

At 80 minutes this one just about avoids outstaying its welcome but is pretty average fare in general. The flashbacks were laughable though. First we get the Reverend as a boy witnessing his father’s murder by two Mexican desperadoes then we jump forward to see him as a grey haired middle age man killing said bandits who haven’t aged a day. Or even changed clothes. Lazy film making which is somehow endearing. ;D

Achtung! Spoilers ahead.
Crap film that is not much fun. Madison is ok and Harrison´s overacting is fun, but that´s it. The jokes are awful. The final scene illustrates this perfectly. The reverend now has his church and people are summoned to join the mass. The saloon is locked and in fast motion, accompanied by gunshots, they rush off to church. Freakin´ awful.
The reverend is not cool. Why not? He don’t kill. Lame shit.
The Scotsman should have died a brutal death. Annoying guy.
This would make for a good movie on some Christian channel. And that’s not a good thing in my book.

Reverend Colt scores 9 out of 20 (bibles, not colts), mainly because of debonair Guy Madison -who has trillions of fans in this galaxy- and only 80 minutes runtime. You have been warned. Next up: Winchester Pope

PS A Dutch language review I made can be read here: 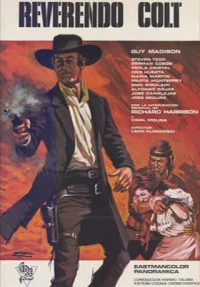 [quote=“Bad Lieutenant, post:11, topic:1080”]Reverend Colt scores 9 out of 20 (bibles, not colts), mainly because of debonair Guy Madison -who has trillions of fans in this galaxy- and only 80 minutes runtime. You have been warned. Next up: Winchester Pope[/quote]More like 9.2/20 I’d say.

I have seen the movie for the first time on German TV about 5 years ago. I found it very average.
Six months ago I bought the NEW Entertainment DVD. And what can I say. I have the DVD is still not watched. :

And probably I will not watch it in the next 6 months. 8)

You got me there, hehe.

Trying to sit through this one was really hard for me… seriously boring. Can’t believe it’s from the same director as Violent Rome and Special Cop in Action.

Watched this yesterday…2.5 out of 5. The gunfighter-turned-preacher idea could have been so much better. But what can I say, a typical SW churned out during the heyday.

It doesn’t get better with a second view. Is it truth that León Klimovsky had nothing to do with it?

This one was a disappointment. I watched the Wild East DVD not too long ago, and was bored out of my mind.

I like Guy Madison, but the weak script didn’t give him much to do. Not even Chris Huerta in a kilt could save this one for me. 1 Star.

[quote=“RamonRed, post:18, topic:1080”]This one was a disappointment. I watched the Wild East DVD not too long ago, and was bored out of my mind.

I like Guy Madison, but the weak script didn’t give him much to do. Not even Chris Huerta in a kilt could save this one for me. 1 Star.[/quote]

I myself like Guy Madison, but I have to agree with you, this was a complete bore. 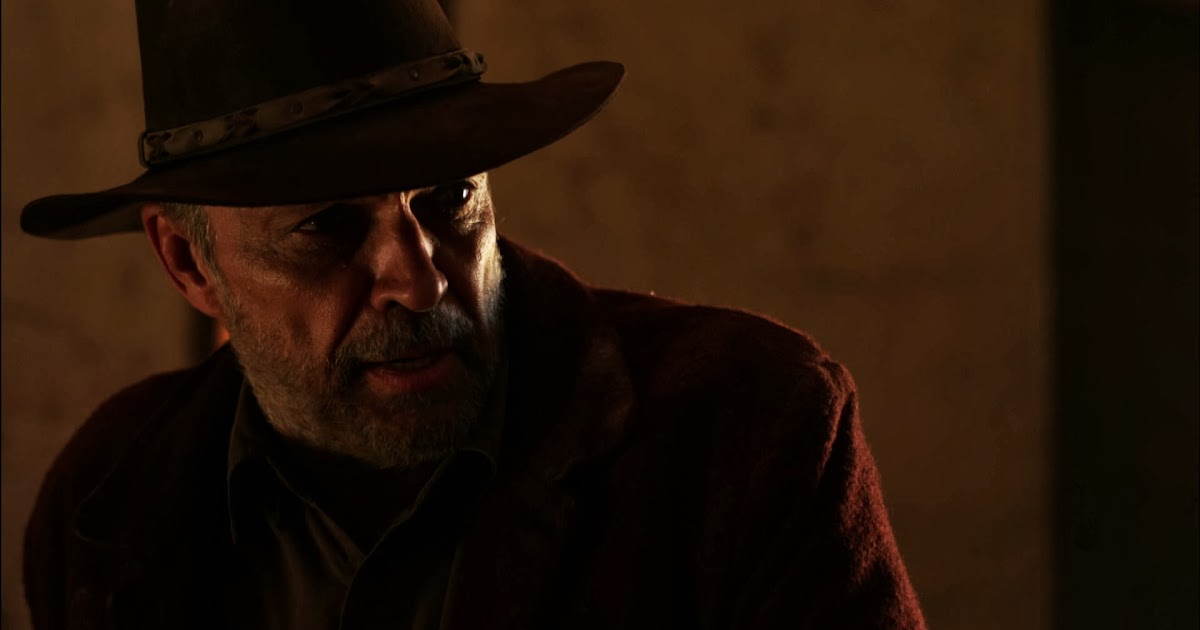