Comedy Western with Michael Forest, anyone seen it?

Harmless comedy Spaghetti which you will either love or hate. Sacramento tends to speak to his horse alot as I remember. If you do fall asleep during the film the ending will probably wake you up as the town gets completely wrecked.

As I had, and still have, a whole pile of spaghetti western comedies to watch, I decided to watch one or two each sunday. So this has now become a ‘thing’ lately.
Sunday is the right day for such nonsensical entertainment. At least for me it is.

Last weeks film, the first Provvidenza, was way better. This one however is still ok. For me the whisky scene in the beginning was the funniest. Forest dicking around with his horse also put a smile on my face.

What we have here is basically Michael Forest doing a Terence Hill impersonation and Fernando Bilbao acting like Bud Spencer. It works quite alright. Also there’s an old geezer named Tequila, their dad, thrown in. The lovely Malisa Longo has a nice minor role.

The film is pretty repetitive in nature and does not have too many clever ideas. It’s the type of good natured entertainment in which noone gets shot, but there’s plenty of silly fist fights.

The ending is quite over the top. The whole town gets destroyed with the help of some dynamite. Not in a too funny way, but it made me chuckle.

Read all about this movie in an article/review by Bawtyshouse
(Who? Well, read the article and you will know who Bawtyshouse is):

In the end, this one left me laughing so hard that it actually hurt, not because the film is genuinely but simply because I couldn’t believe how bad it is. I’m honestly shocked that the review on the database says that it is “certainly not a bad film” and refers to it as “a fairly enjoyable knock-off.” For me, this film was absolutely abysmal and I feel like I need therapy after watching the entire 87 minutes in one sitting. Let’s put it this way, the film is so bad that, despite having a big role, Charles Bronson requested that his name be taken off the credits: 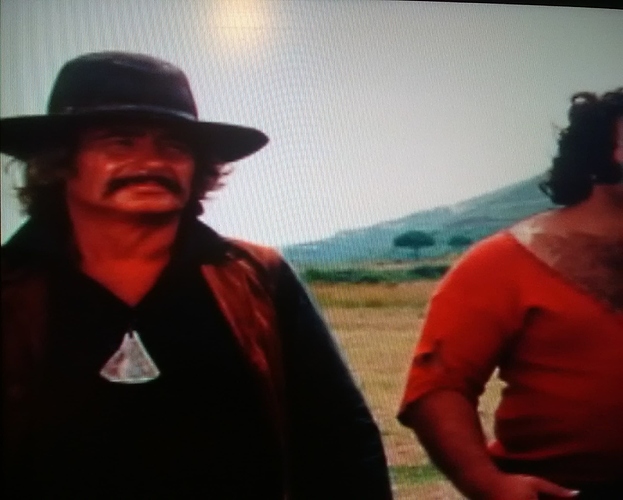