Either way I’ve yet to watch so many spagies that questions like if vamos a matar will be released some day or if i fantasi actually exists don’t bother me at all.

Neither am I - but I do want every nasty gritty sw and probably nearly every tounge-in-cheek one. But I don’t really want any post Trinity comedy shit. (That’s not to say I ain’t got none tho’ ;))

No, I am not. At least not in the strict sense. Not too fond of the very early pre-FoD ones neither the slapstick/pure comedy stuff of the 70s. Anyway, what I meant was that for the time being I’ve got plenty of spagies to watch (some of which already are in my collection) and I don’t feel the need to search for some totally unknown and of doubtful quality SW just because it cannot be found anywhere in the planet. If it doesn’t fall in one of the two aforementioned categories, I wouldn’t mind watching it if it is officialy released one day though.

You guys are right. I feel the same way for the most part. I’m not into the really old stuff, not into the Trinity movies, let alone post-Trinity '70s comedies, the Franco & Ciccio’s I find endearing but also irritatingly dumb, and I’m not into any exotic eurowesterns like those from Greece, Scandinavia or Turkey. Still leaves a lot of ground to cover.

It’s just that the three mentioned here are part of what I consider the spaghetti western outer core :

of Italian westerns directed by known directors, with known actors, made in the golden period 1966-1972. That’s why I’m a bit obsessed by them. I’m sure I’m not the only one and it’s a waste of time looking for these, but hey what can you do. I’m glad I also have a few hundred spaghettis still on my watch list ;D

As long as we’re talking rarities here, I’d really like to see these 3 outer core titles turn up in good quality at some point:

Only available versions are so bad they’re hardly watchable. Why are they not out yet on BluRay!!!

The only kind of Spaghs I haven’t watched are the post Trinity Comedies.

I would also really like to see Colt In The Hand Of The Devil! I would also like to see the Mauri-Spirito Santo films in English. They are available in pretty good quality but only in Italian. Let’s hope for a fandub…

Silence can’t even sleep at night thinking about all the ultra-rare SWs he is unable to track down :o

I sure do wonder how Nashaud got a copy of this. 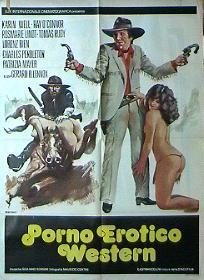 I’ve read a detailed synopsis, and since the main male characters are Nebraska Clay (George Martin), the Madman (Gordon Mitchell) and a sheriff played by Isarco Ravaioli apparently Sartana has little to do with this…

In exchange the film has something in common with Spara Joe… e così sia!, released four months before.

Yes it’s a strange title. It translates to 'The Ghosts of Omah-Ri.’ The BFI has an entry, but it contains almost zero info, just the director and production company.

As for The Ghosts of Omah-Ri, somebody described a few scenes involving Spartaco Conversi, a rape, full frontal nudity, very unconvincing Native Americans and even - towards the end - Richard Harrison challenging c.s.c. actor Lorenzo Piani to a duel!

I’m inclined to believe him.

Filmed entirely in Italy with a predominantly Iberian cast (amongst others George Martin, El Topo’s fellow countryman Cris Huerta, Frank Brana, Daniel Martin, Fernando Bilbao and even Pajarito): the production characteristics of Vamos A Matar Sartana are rather unusual!

Lobby cards from the film on sale. Looks interesting.

Somone’s selling fotobustas of this on Ebay at the moment.

This has finally turned up, in a Spanish language VHS version.

Hopefully someone will be nice enough to add some subtitles!

It wasn’t on YouTube, it was uploaded to a private tracker.

I don’t believe this is VHS … but a homemade tele-cine recording possibly from a 16mm source.

Early on a viewer stands in front of the projected image, and returns a few moments later … like someone on a toilet break !? … even the most uncaring or inept VHS producer wouldn’t allow this, would they ? 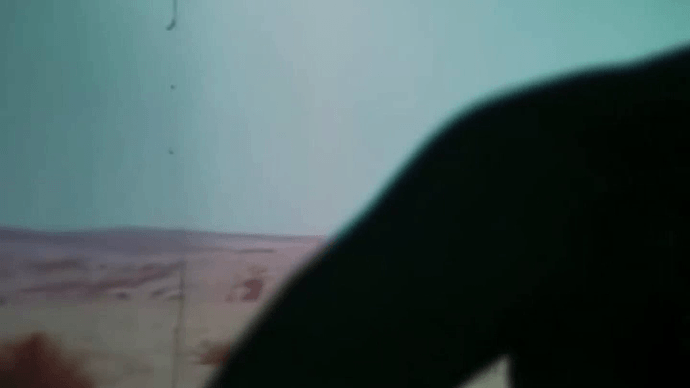 and an example of the average picture quality. I’d say a print stored without much care, hence the differing levels of colour fade. 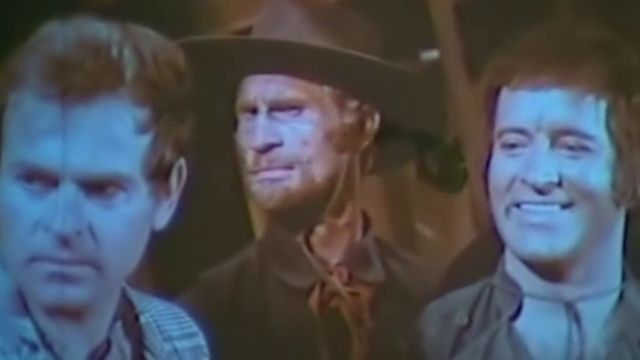