Lee Van Cleef: White Lightning - Where did it go?

Unfortunately I have a question regarding a movie that is not a Western.
But it did feature one of the greatest western heavies of all time, Lee Van Cleef.
So I’m hoping to find some Lee fans here that could possibly aid me regardless.

I’ve seen every single Lee Van Cleef film…except White Lightning
An ice-hockey movie from 1953.
I’m now on a quest to get a hold of it but I’m running into dead ends everywhere.

Is there anyone here that knows if its possible to get a hold of this movie or if anyone here might even have a copy? or possibly point me in the right direction?

Welcome to the site! I will check around but, so far, I can’t find a copy anywhere. Hopefully, someone on here can help you.

Yeah its bizarre how this movie seems to have completely vanished.
I’ve been through so many venues to track it down just to find nothing, but it has 1 review on IMDb which means someone has seen it! so I still harbor hope :'3

The film itself appeared on e-bay a decade or more ago and several of us wanted to bid on it but decided to let one person bid and obtain it and make copies for the rest of us. He won the bid supposedly bought the film and basically disappeared as we never heard from him again. I’ve never saw the film when it was released and as far as I know has never been released on video or DVD and I’ve never seen it listed as being shown on TV. The other LVC film that was a rarity was MACHETE but it did finally find a video release. Good luck!

Hi Tom!
I actually heard about this story from your podcast about a year ago ^^
What a coincidence running into you here now.

How rude of that person to just disappear.
Well, the search continues! If I were to somehow against all odds get a hold of it I promise I wont keep it to myself. It’s too sad for a little nugget of film history to go missing like this.

(Yeah, Machete was really interesting to watch. It was made in 1958 right around Van Cleefs car accident, and he is visibly limping badly the entire film)

Thank you for the good luck wishes!
I’m not giving up on this~

A bunch of us thought that the guy actually posted the sale of the film on e-bay himself and then talked us into letting him buy it just as a hoax as he never had the film to begin with.

xD what a bizarre hoax for someone to pull.

The tricky things with some of these older films is that most people that were involved are not around anymore. Not even the production company Monogram Pictures is still up and running.

But I’ve contacted Allied Artists who, from what I understand, own Monogram Pictures trademarks today. I’ll keep you all updated if I get any interesting answers or leads.

I’ve been reading this with interest and couldn’t find anything from my usual sources either- One possible option for you, is to try to locate a 16mm print … there are a lot of very obscure titles out there on cine film and if it hasn’t been released officially or broadcast on TV, then this might be your best bet.

It can be an expensive hobby collecting 16mm, … so if you’re lucky enough to find a dealer offering this title, play your cards close to your chest, and you might get in at a very reasonable price …something just over an hour and of limited interest like this could be $30 or less … that’s just an educated guess of course.

Good luck with your search, and keep us updated here.

I’m glad I’m not the only one who find these things interesting.
I’m happy I signed up here, even though It might not lead to me ever finding this film, its was still nice to talk to some likeminded people ^^

Thank you for checking! and great tip!
I’d totally pay $30 dollars for a 16mm print…oh who am I kidding, at this point I’d jump on a plane to California to rummage through old cardboard boxes at flea markets to find a VHS tape of this silly film~

I’m not giving up on this~

Firstly, I bid you a very hearty welcome to ‘SWDB’ - a great bunch of folk on here, as you’ve probably gathered.
I sincerely hope that you do manage to track down a copy of ‘White Lightning’ - your own personal ‘Holy Grail’. Someone, somewhere, must have more information…I’ll keep my own eyes and ears open. Personally, I’d love to see the film myself, and watch an early performance from ‘Angel Eyes’ himself…one of the screen’s very best bad men.

Good on you for not giving up…

Best of luck in your quest… 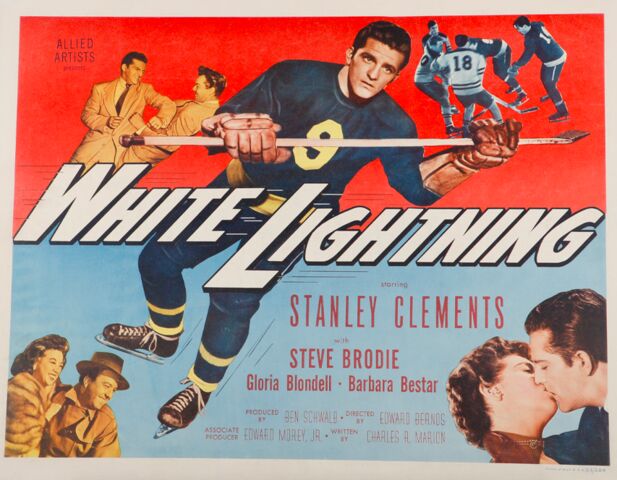 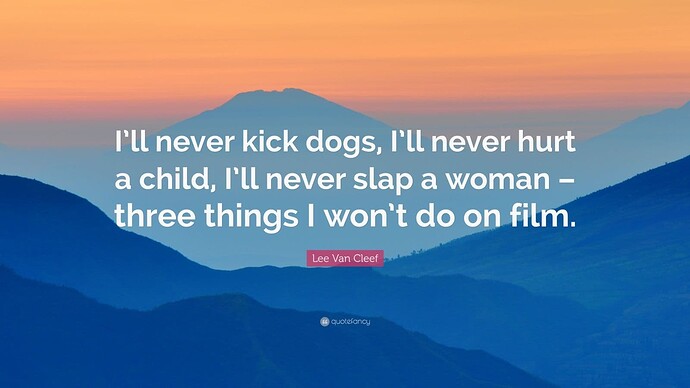 hahah “Holy Grail”
Its funny how this movie is most likely not the greatest film ever.
And If I were to guess, Van Cleef will only show up in a scene or two in an oversized 50’s suit and fedora.

But the completionist in my head cannot stand the one white gap in my otherwise beautifully green list.

Are you including TV appearances by LVC ? … one that I remember was an episode of ‘The Untouchables’, but I’m sure he turns up in many more … not to mention his Ninja series, was it called ‘The Master’ ? … much as I love the guy, I couldn’t watch this

I currently have 70 LVC TV episodes, which is not them all.
But I do have both The Master and The Untouchables
Working on the rest of the TV episodes casually.

I mean the Master isn’t great^^ but I found it quite charming because it is at least to some degree aware that its corny.
I find his mid 70’s films harder to watch (Blood Money, Gods Gun, Kid Vengeance) because they think they are so cool which makes them much more cringe to watch today.

I agree. I’d say Gods Gun is the pick of that bunch though - I like how he comes back as a twin to avenge his brother just when you think he might be dead (corny as hell though).
I love the guy too, but that’s some real dedication you have there to track down and watch all that he’s done. You do that with any others, or is this just exclusively a Van Cleef thing?

haha thank you for using the word “dedication” to describe this kind of insanity ^.~

But to answer your question, I haven’t done this with any other actor.
I’ve done similar things with other media, Videogames mostly.

This would have been so much easier to do with an actor that was still alive with a shorter filmography.
But I’ve thoroughly enjoyed watching all of LVC’s work and continue to do so to this day.
And its always really fun when you get a hold of an episode, film or book/interview that you’ve been looking for.
(I mean the day I find White Lightning I will celebrate xD)

No problem. I think we’re all a bit like that on here, so it’s easier to relate than you might think.
Out of interest, what are your favourites of his spags then? Or westerns in general?

My favorite LVC film (Actually I would say its the greatest film of all time to me) would be “The Good The Bad and The Ugly”
I’ve never seen a movie so well made, not a single scene is wasted and every frame is just a treat artistically in every way.

A LVC performance that I hold quite dearly would be his portrayal of the character Jaroo in “El Condor”.
Its not the greatest spaghetti western but I like what he did with that character.

What about you? Would love to hear some other ppls favorites as well!

I’ve never seen a movie so well made, not a single scene is wasted and every frame is just a treat artistically in every way.

Besides the big Leone ones, I’m a huge fan of Day of Anger. Then there’s Death Rides a Horse and of course The Big Gundown, to name a few. But Day of Anger certainly has a special place in my heart.

Jaroo in El Condor is an acquired taste, I would say.

Would love to hear some other ppls favorites as well!

I will have to say that my favorites are For a Few Dollars More closely followed by The Big Gundown (the uncut version and not the abomination that was released in the U.S.) which are also #1 and #2 on my list of favorite spaghetti westerns on the whole.

Yes…yes…I know that there is obviously something wrong with me that I don’t have The Good, the Bad, and the Ugly up there but, as much as I do love the film, I also feel a minor sense of annoyance every time I watch it. I can’t help but feel that the one thing that kept this from being a perfect film was Sergio Leonne’s ego.

This is, of course, just my opinion but I think he looked at films like Akira Kurosawa’s Seven Samurai, for instance, and looked at its 3 hour and 27 minute run time and decided, after the success of his first two “Dollars” films, that he wanted to make epics on that scale as well. What he failed to take into consideration though is that Kurosawa let the story dictate the movie’s length (some of his greatest are less that 100 minutes long) and didn’t set out to make a film of a certain length to the detriment of the story. This is a sentiment Clint Eastwood himself has echoed in interviews (not that what Clint and I think really matters in the grand scheme of things…I just like having someone in my corner

This is just a long-winded way of saying that as much as I love the film and as great as I know it to be, I think it could have been even greater were it 15 to 20 minutes shorter.