Wondered if anyone can put a name to this SW regular? He keeps popping up in small roles or just as an extra in many well known Spags, especially those filmed in the Almeria desert locations … wondered if he was a professional, or just one of those ex-patriots who ended up doing film work during the Euro-western boom.

The first screen is from ‘Once Upon a Time in the West’, where rather strangely he conducts the McBain funeral, as a church minister rather than as a priest.
Secondly - He’s the first person the ‘Blindman’ encounters at the beginning of that film, and thirdly as the town drunk in 'Ben and Charlie’

Seen him in quite a few others too, but can’t find any IMDB info … thanks in advance 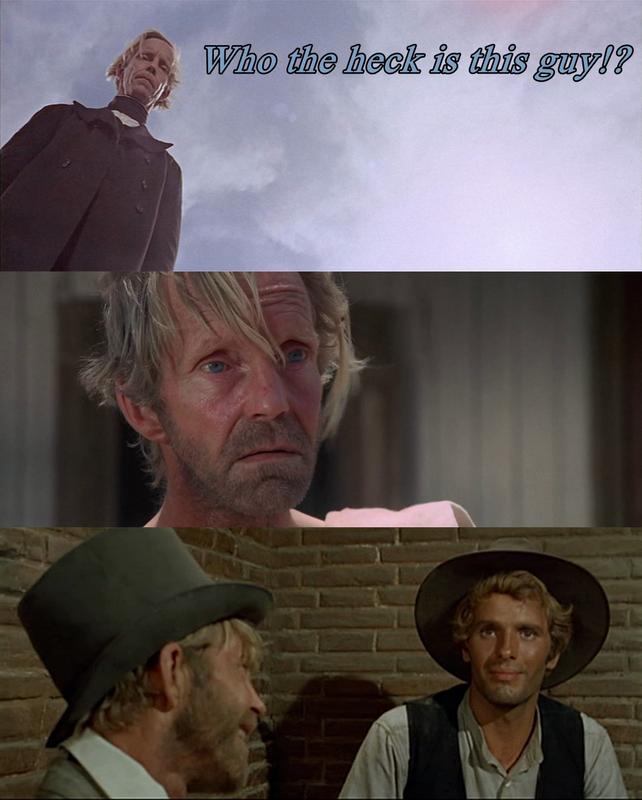 LOL You could be on to something, Piripero!

Here he is again in ‘Twice a Judas’ … the woman beside him also attends the McBain funeral, and is of course well known for her thoughts on ‘Tuco’ … “I’m glad they caught him, a man guilty of all those crimes” 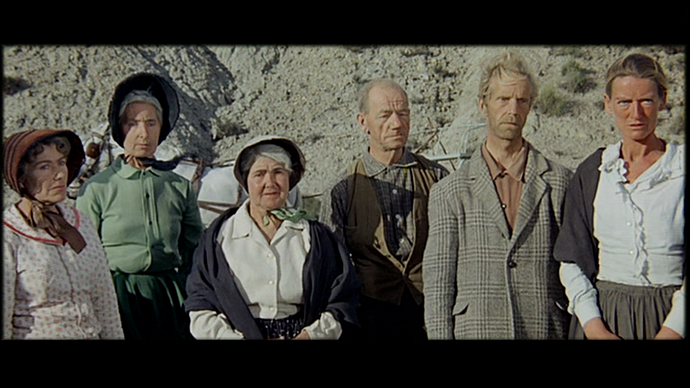 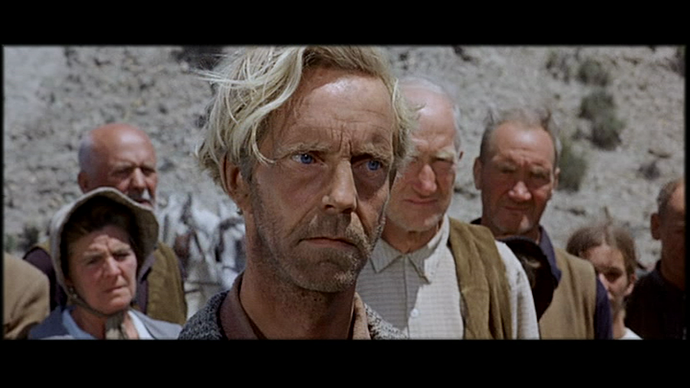 There is a similarity.

It’s frustrating seeing this guy who’s getting significant close ups and the odd line here and there … and yet there’s no mention of him in any cast lists that I’ve found.

For our Spanish members

What wasn’t he in? 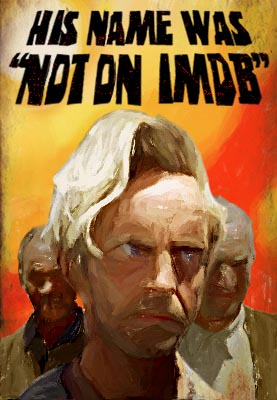 He’s rather high profile for an anonymous person - I was settling down to watch ‘Price of Power’, and there he is again, waiting at the train station, thinking I won’t notice ! Oh, his wife, Mrs Good the Bad and the Ugly is also in this scene.

They look to both be in their late 50s, I’d say … so almost no chance of tracking down anyone who might know them.

“THEY CALL ME UNCREDITED”

Another frustrating thing is the lack of credits for English dub actors in these films. I’ve just noticed the guy who dubbed Garko in If You Meet also dubbed the priest in Cemetery Without Crosses. Would love to know who he is, really great voice.

Could be Lloyd Battista, who played ‘Domingo’ in ‘Blindman’, he apparently did voice work.

Much less shy about this type of thing, our German friends, who not only for convenience name every lead character ‘Django’, also add their voice actors names after the director credit … Naughty naughty!!!

Thanks to @Carlos for bringing this to my attention - from 1966, ‘A Taste for Killing’ aka ‘Lanky Fellow’ here’s our man again, in a speaking role and killed with a machete by George Wang … guess what, no credit! 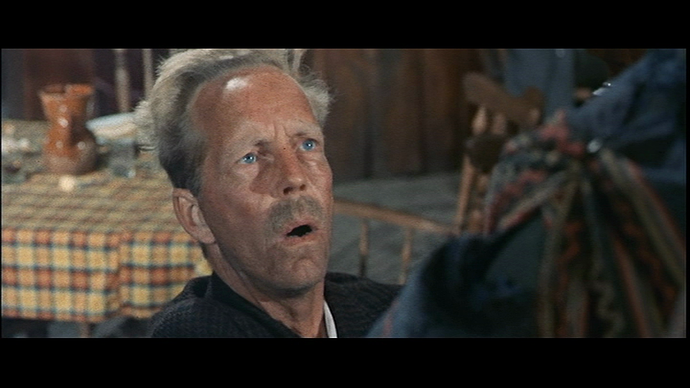 Here he is again in Ace High and of course uncredited

@aldo, he is the ‘elixir’ salesman as the boys arrive amidst a carnival in the young man’s wagon and before they find the closed whorehouse. This scene may not be in the English version.

Thanks Carlos … this time sporting a snazzy moustache - hadn’t seen that before, or rather I hadn’t noticed it before.

He appears again, in this rather famous scene … how did I miss this one!? 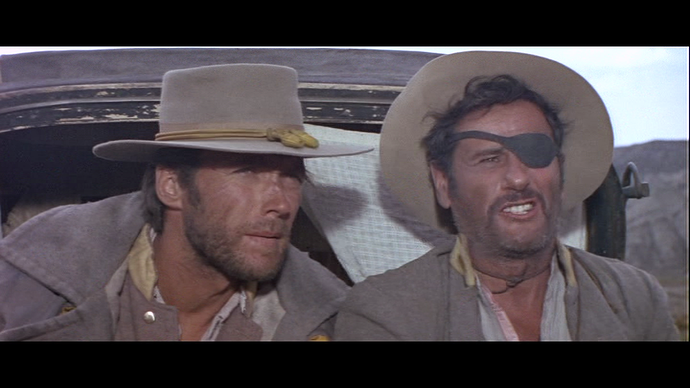 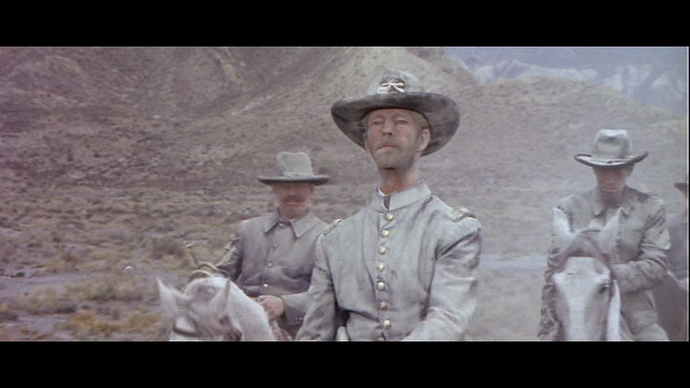 Good find! Right under our noses.

But do we have a name?

But do we have a name?

No … that is the point of the thread. He’s a mystery yet to be solved.

I thought as he’s more than an extra, and the GBU has been extensively researched, there might be a full cast list somewhere.

The fellow in my avatar played the old-timer role formerly filled by Joseph Egger (as Piripero et al.). He had a significant speaking part in My Name is Nobody and was stationmaster in OUATIW. I read a claim on a forum (which I can no longer find) that, appropriately, he was an ex-railway worker and one of the English ex-pat community living in Almeria who were regularly recruited as spaghetti extras. At the risk of ‘derailing’