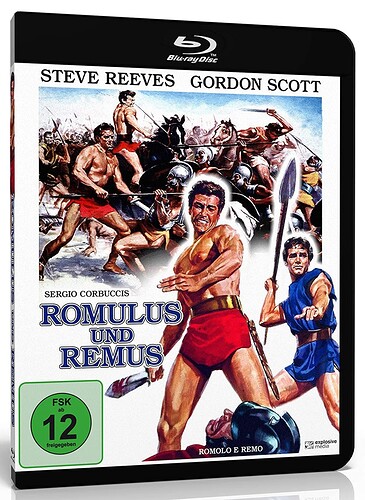 Always wanted to check out this Peplum classic, and thanks to Ulrich Bruckner and Explosive Media, I finally can. 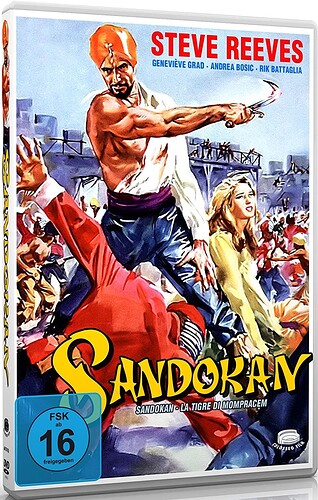 How are the Italian Sword and Sandal movies? Romulus and Remus sounds interesting but those types of films don’t seem to be held in the same regard as other Italian genres.

A lot of them are really good, it all depends on the type of story. The majority of the ones involving mythical creatures tend to come off as very silly because they were so low budget sometimes that the ‘monsters’ are very obviously fake, the one exception being Mario Bava’s Ercole al Centro della Terra (Hercules in the Center of the Earth/Hercules in the Haunted World) where the Stone Monster looked good despite the limited budget. The ones that are very entertaining tend to be the ones that focus on heroes like Hercules, Samson, Maciste, and Ursus or ones that focus on Roman History & battles. The ones starring Steve Reeves are always good watches.

A big issue is that when most of them played outside of Italy, they got stuck in low key theaters and drive-ins, and suffered form terrible English dubbing. The ones that did OK were the ones that went to kiddie matinees as a few of them played to boys adventure storytelling, but the majority seemed to be caters towards teens, young adults, adults.

When DVD came into popularity they should’ve made a comeback, but all the distributors in the UK and the US had to work with were poor full-screen prints that weren’t taken care of and had poor picture quality. The best way to enjoy them is to find Italian or German releases as they include the Italian soundtracks along with English dubbing, have better transfers, and present them as the Italians saw them in the late 50’s, early 60’s.

Very informative, thank you. What are some recommendations to get started with?

Hope this list is good and helps you out.

I first got introduced to some of these films as a very little kid. Here in the U.S., Embassy Pictures took 13 of these Sword and Sandal Films and released them as a syndicated TV series called “The Sons of Hercules”. I remember them airing every Saturday afternoon back in the early, early 70s. After every episode, I would grab my plastic sword and shield and head outside to battle the overgrown bush at the edge of the yard. I know this isn’t really pertinent to the conversation, but it just brought back this memory, so I had to share it.

Do you have any favourites in the series?

I mean they’re all as daft as a brush really, aren’t they? But I like them. Jason has an oddly endearing quality. He’s the cuddliest of machete-swinging killing machines.

Glad to see someone else who loves part 5. It always gets the short end of the stick just because the killer isn’t Jason, but I never really saw why that mattered? It’s not like Jason himself is a deep and important character. I love 4, 5 and 6 as my favourites with Jason X and part 3 being my guilty pleasures.

Found these in my usual second-hand Bluray shop…all in excellent condition, for £1.00 or so each.
I am especially happy with ‘The Green Mile’, which features loads of extras.
Also, I’ve never seen Terry Gilliam’s ‘Twelve Monkeys’; but, with a score of 8.0 on ‘IMDB’, it can’t be all bad. I’m looking forward to it. 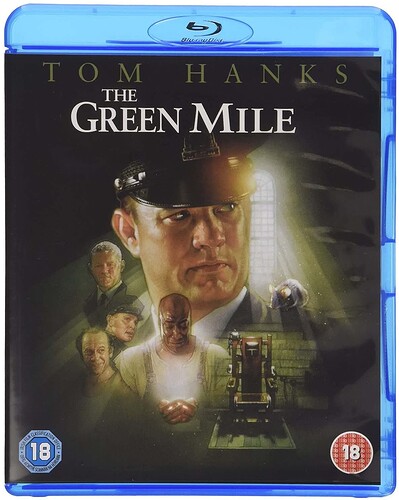 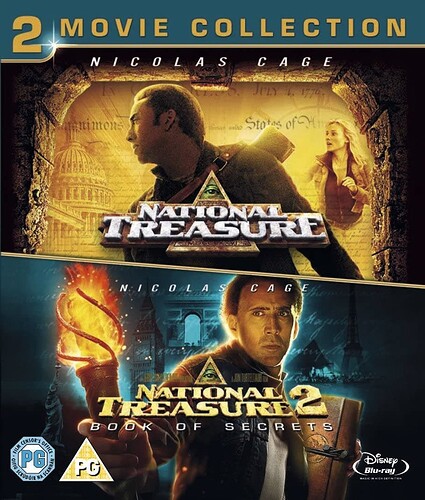 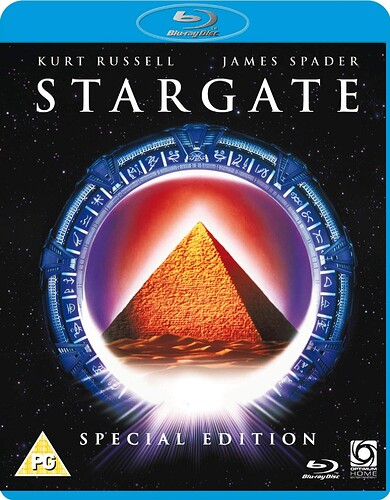 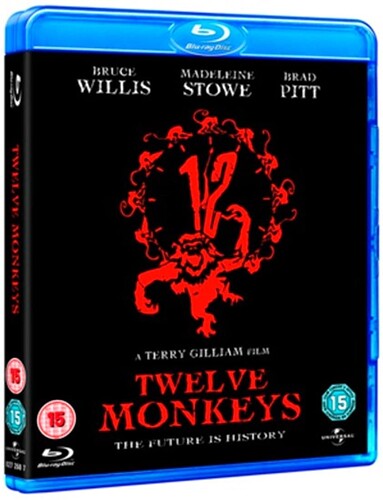 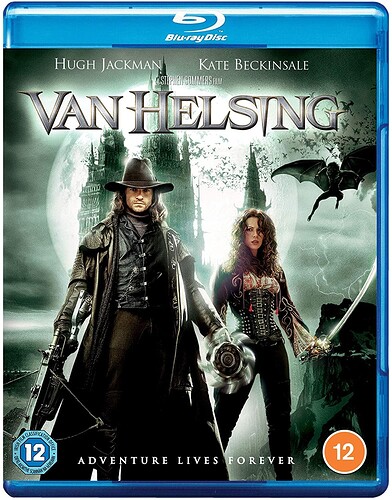 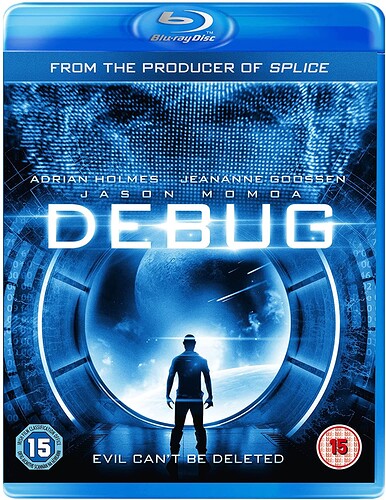 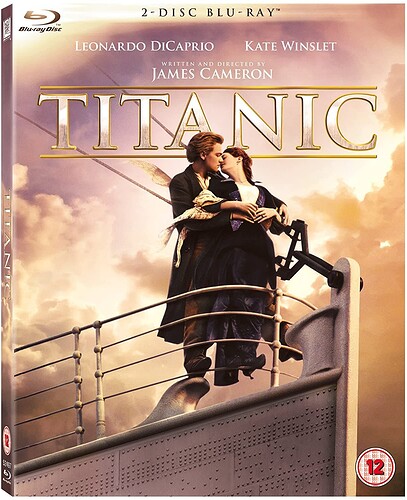 And, lastly, ‘Devils of War’…
An ‘Inglorious Turd’ of the week… 50p’s worth of utter drivel, posing as a ‘cult classic’. A clear case of the front cover being far more enjoyable than the film itself. Avoid, at all costs, unless you enjoy ‘Crap a la Croute’. 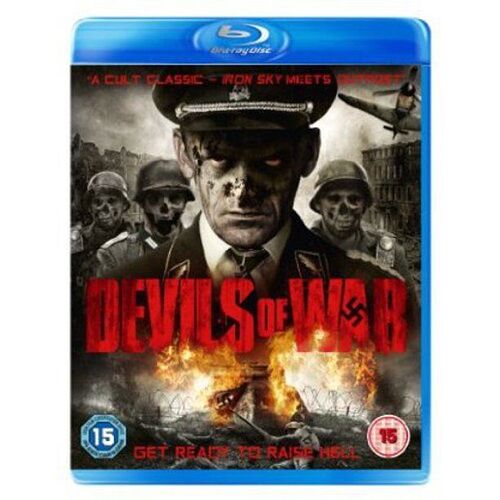 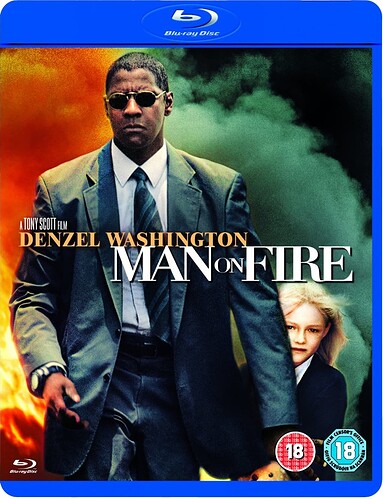 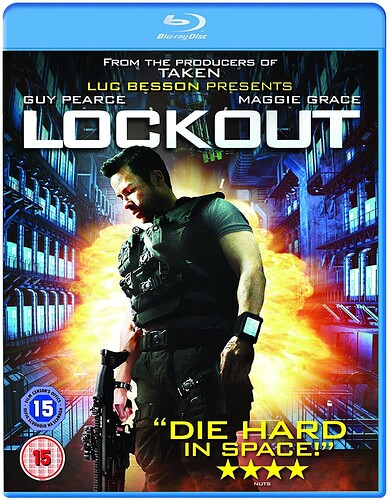 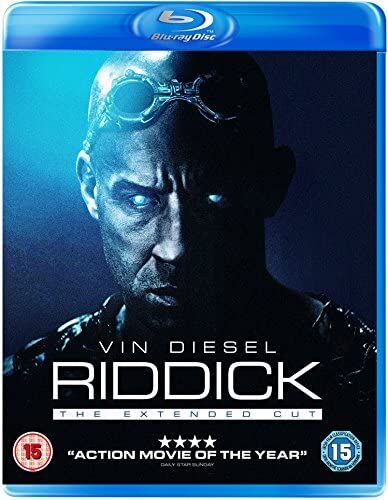 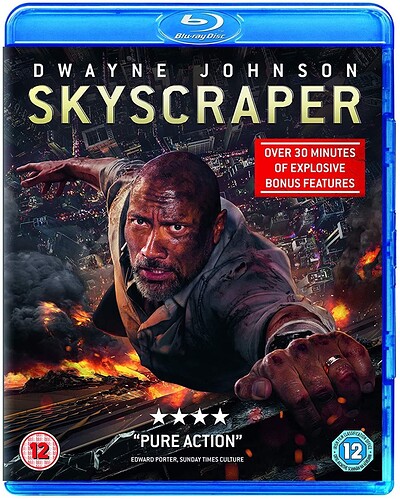 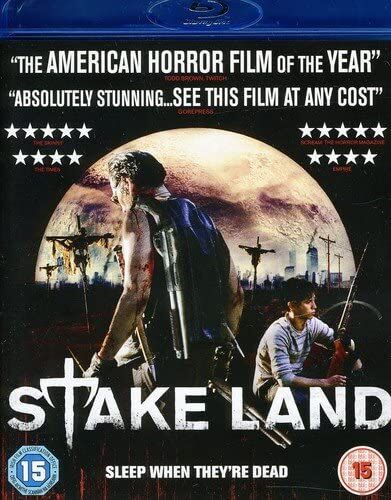 I never get tired of A Few Good Men and you can never go wrong with Denzel. 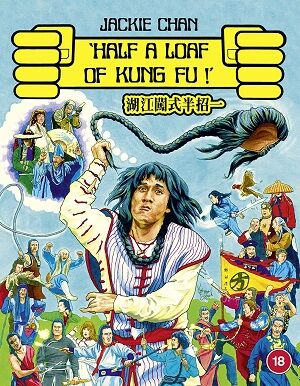 Some weekend yard sale purchases, five for $3.00, which includes a couple I hadn’t seen. One of these was Guy Ritchie’s Wrath of Man with Jason Statham which the wife and I watched Saturday night. There were some questionable plot issues but, all in all, it was a bleak and dark but fun thrill ride that any Ritchie or Statham fan should enjoy. 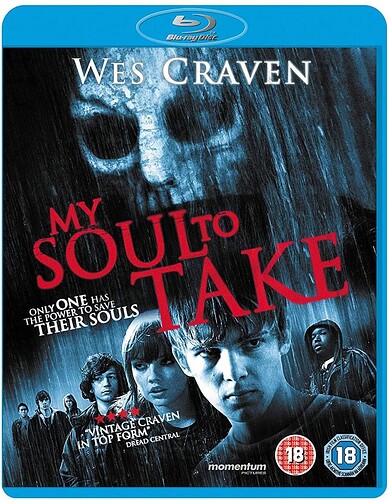 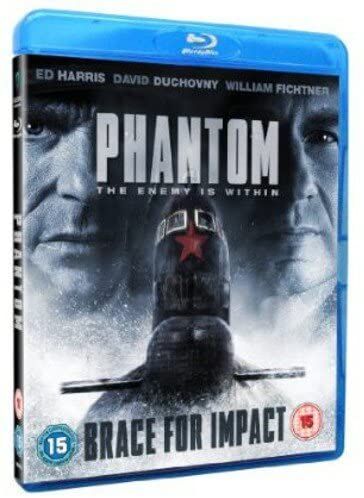 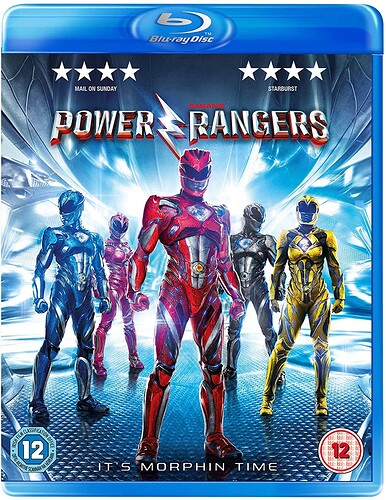 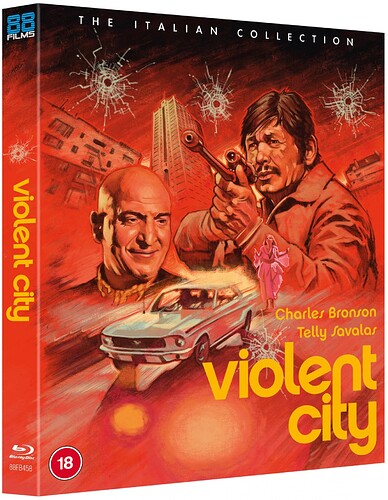 Adding more Bronson to the Collection. Saw this years ago on DVD and thought it was so-so, perhaps a new restoration and a proper English subtitle translation of the Italian Audio Track will give me a whole new perspective and view.

Went with the 88 Films UK Blu Ray as they had the better goodies and overall presentation of the film. And the price to import it to the US wasn’t bad at all

Some new purchases from eBay. 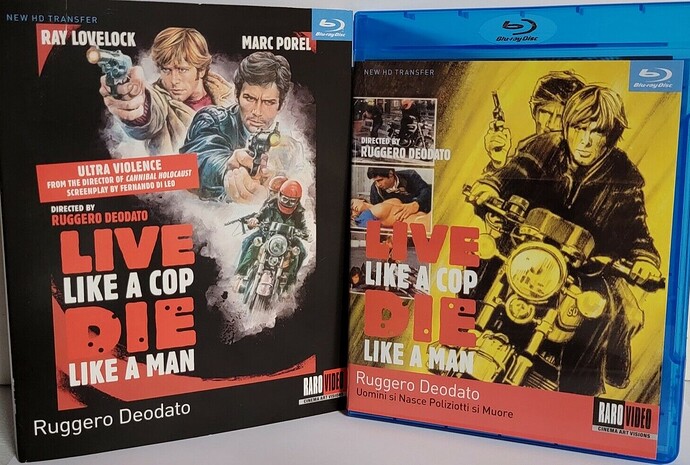 This has been at the top of my want to see list for a while but could never get a price I was happy with until now. 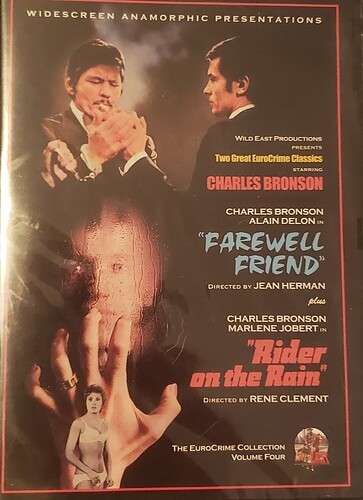 Now that I’ve completed my Wild East spaghetti western collection, the completist in me is forcing me to get the few others outside that genre that I don’t have. 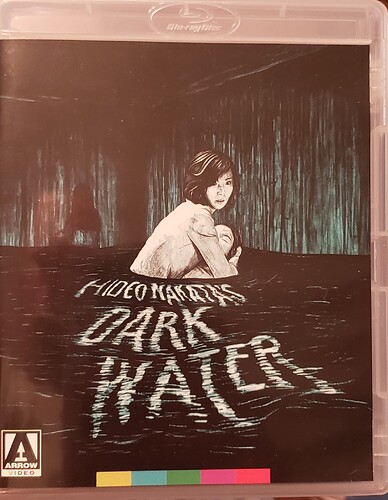 A nice Japanese horror film that is sooooo much better than the U.S. remake despite the latter having Jennifer Connelly. 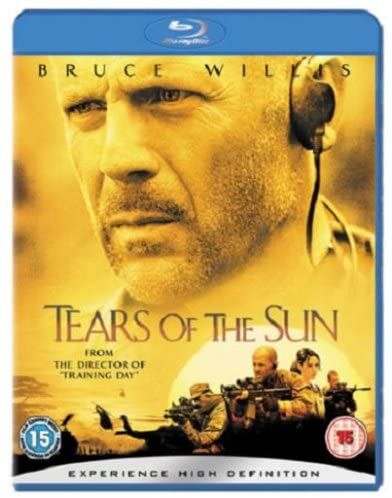 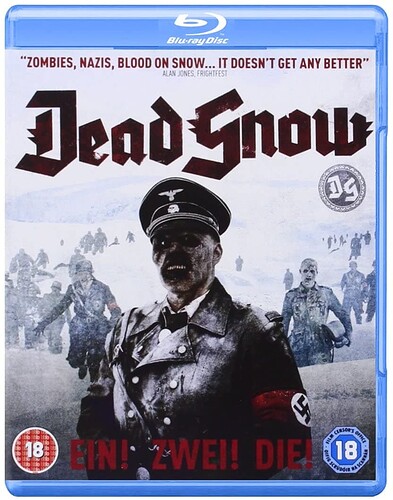 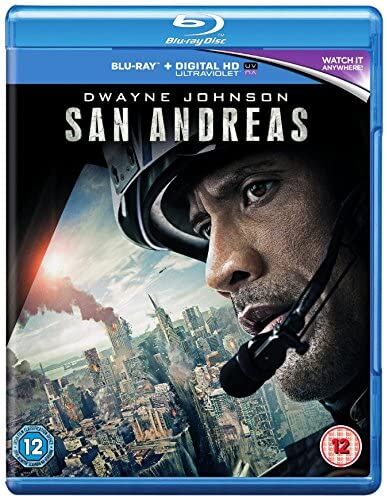 Being it is 85 degrees Fahrenheit here today, there were neighborhood yard sales galore, but my finds were rather slim. That being said, the deal I did make was the most interesting I’ve ever made at a yard sale. A guy had the complete 2004 - 2009 Battlestar Galactica set for sale as well as the pilot for the original 1978-1979 series and the majority were un-opened. He saw me looking and said he would take $8.00 for the group. I told him I would give him $5.00. I finally gave him $7.00 after he threw in a samurai sword.

Oh well, I thought it would look cool on the wall of my movie room. 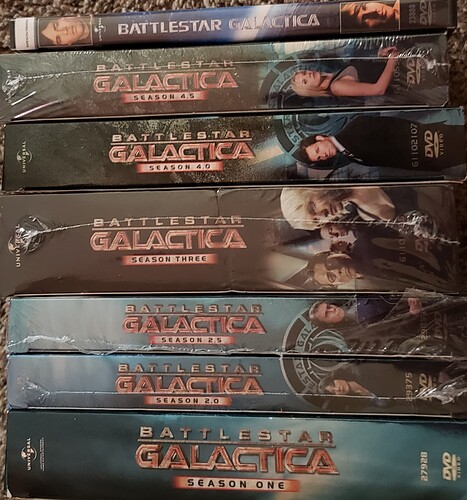