Here are a few shots of a recent trip to Gor station (AFFODynamite). 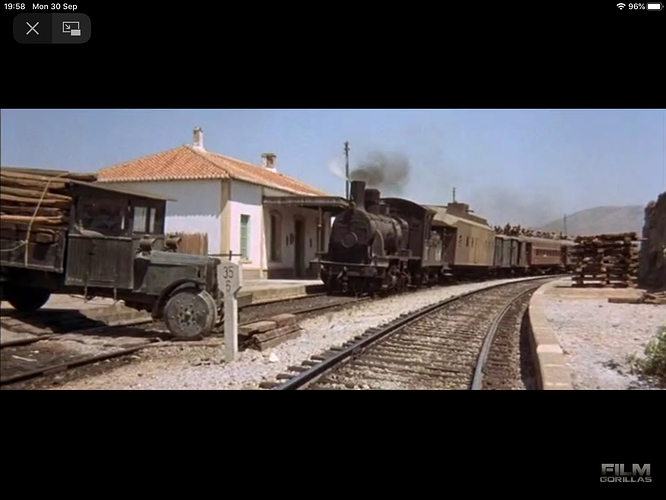 The concrete marker is lying where the tracks used to be: 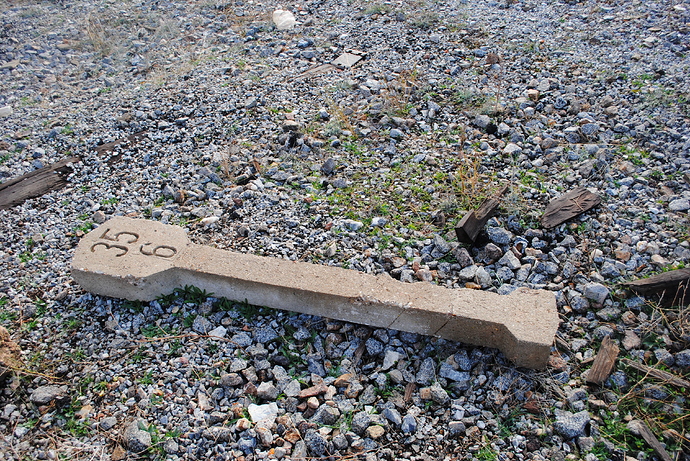 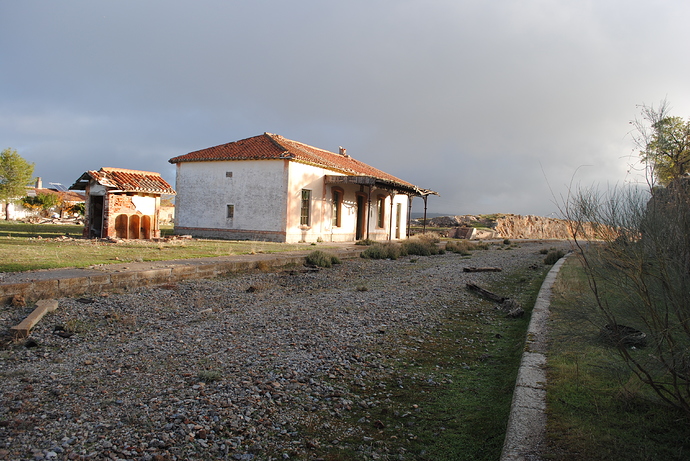 Nice to see these … assume you had a good trip?

Great trip but I hit some bad weather - there was a storm blowing and heavy rain when I was in Buho and Pechina (but the weather at home was good while I was gone!) - the dirt roads started to look like rivers.
I will post more photos of the different locations.

Here are a few more pics from the old Hernan-Valle railway line from AFFODynamite:

The rail bridge - this is a little hairy to cross 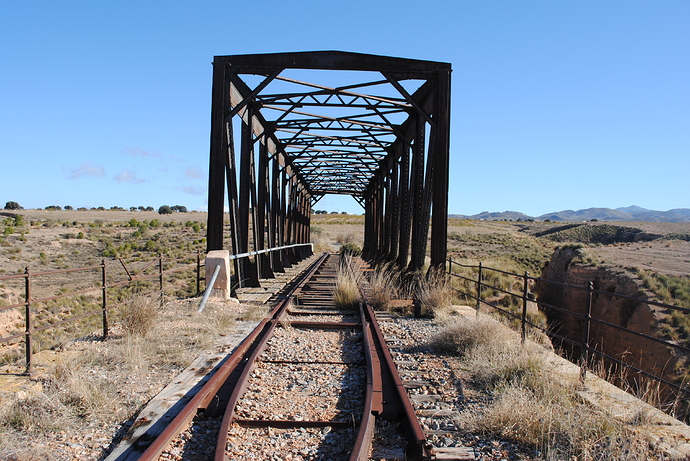 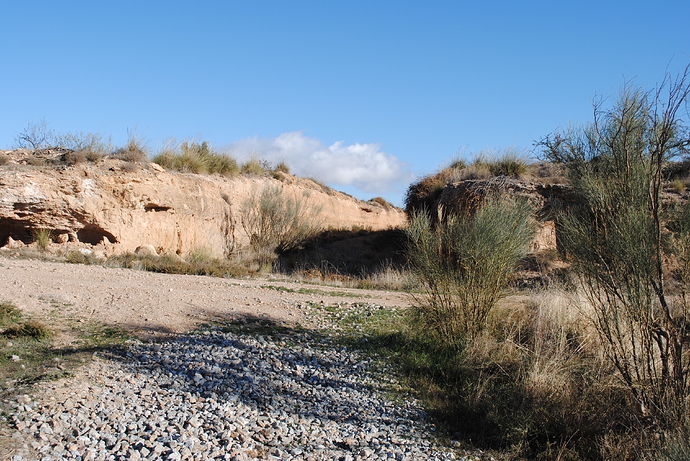 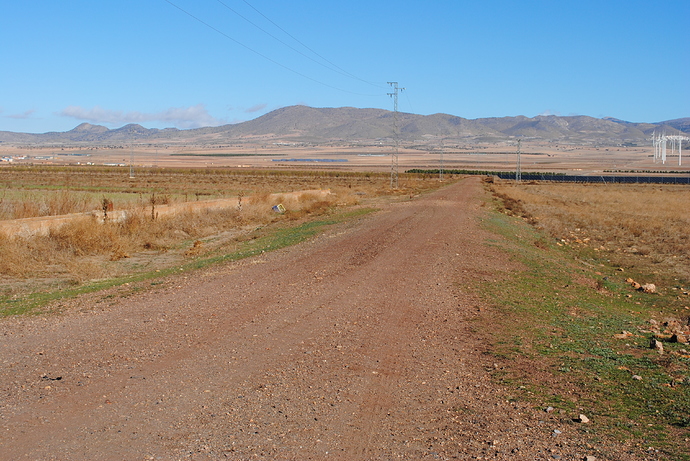 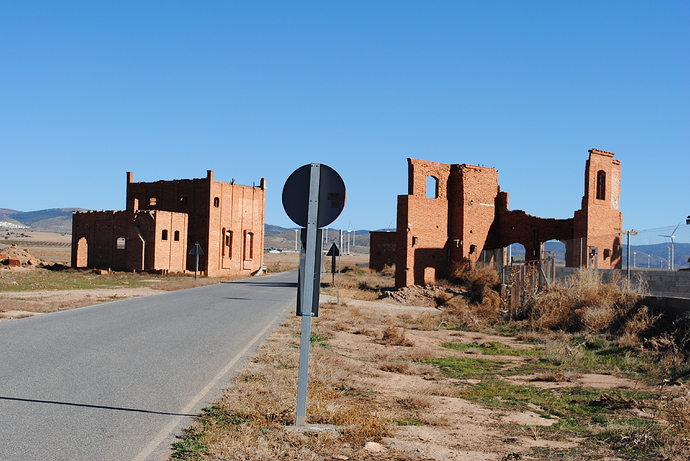 Happy to see there’s still some ‘Flagstone’ left ! better than nothing, but the locals sure don’t have much respect for cinema history.

Nice photos guys… We live near Gor station and know so many film locations…
We are the ESPERANZA ESTACION search team in Navajo Joe… Been searching for 9 years now and still a Mystery…Do you live near Guadix.
Mystery of railway station esperanza/navajo joe.

Hey Pedro, I live in Dublin but have got hooked on SW locations - I especially like railway locations. In my covid time I have spent many hours researching more SW locations to visit - some time in the future - post covid.

Not sure is you use the y-yasuda.net site?
In the Area - location section, Southern Spain, Around Guadix 2-old railway, there are photos of a station that is not familiar then there are more photos of the Gor station. Any idea where the first station is?
The map at the top of this page is the Gor line just north of Guadix and the A-92 - I plan to explore this part of the line at some point - some good Navajo Joe locations.

IIIThinkAboutit… Buenos dias Hombre… Good morning…I cannot see the station you talk about. Please try to show with photo or something please… I will then look again… Maybe just me… Sorry. Pedro

All railway stations in the Gor Article are Gor Amigo…

Here are the pictures - looks like a different station. The title is from North West Frontier which has few stations mentioned from IMDB. It could be Iznalloz station? 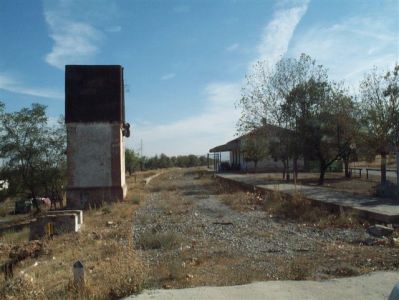 That’s a good question. It is probably not Iznalloz.
I rapidly before looked through North West Frontier in search for mysterious ESPERANZA but didn’t find a clue I think.
Checking the scenes on Youtube around that shot I found a telegraph pole with 5 nodes (Vertical 2+2+1) which implies that it should be far away to the northeast from Guadix on the now abandoned line to Baza.

The upper picture is a bit confusing due to the green hills to the left. A scene before seems to be shot at the flatlands near Calahorra, but that doesn’t mean that a scene some minutes later is even close by.
The green hills to the left are confusing. So is it really Baul in this case also, probably not ? Or Calahorra. Some minutes later in the move you can see olive trees on flatland which I don¨t recognise from either Baul or Calahorra (I guess !).

And the lower Baul.