For a Few Dollars More / Per qualche dollaro in più (Sergio Leone, 1965)

They tend to have a few variations of main tracks these days, and say vocal versions used in a particular country.

The iTunes write-up may provide some clue. Apparently, since there was so little music for both this film and A Fistful of Dollars, the soundtrack releases often included music from the previous film to flesh out the running time.

Whats this all about?

Nearly all versions have a few minor cuts. Nothing essential, nothing to worry about. So far only the Italian Blu was uncut. Well, nearly … actually there was also 1 sec missing compared to a German TV version. 1 sec which nobody misses.

If the new German Blu is really absolutely uncut will the future reveal.

On page 12 is a link which probably shows all cuts.

(…) So far only the Italian Blu was uncut. Well, nearly … actually there was also 1 sec missing compared to a German TV version. 1 sec which nobody misses.

Well … I miss that second, also because the cut has a negative impact on the editing (Volonté seems to laugh at Eastwood’s reaction and not at Benito Stefanelli’s missing punch).

Ahh, ok, I only checked what was cut, not how it changed the film. http://www.schnittberichte.com/schnittbericht.php?ID=564548

So it is at least indeed also a cut which should be in.

Will wait for a full uncut version then ;D

There is an Restored Uncut Version FANEDITED version by LEONENUT!!!

There is an Restored Uncut Version FANEDITED version by LEONENUT!!!

Just a pretend name of course, bit like Franco Cleef.

The guy has done fan edits of all the Leone westerns, and forgot I had them except for Leone’s first western.

Anybody know anything about this release?

[i][b]Even though the new German Blu-ray of For a Few Dollars More is far from perfect (optic failures like green stripes and white dots in the picture), the disc by Universum/Tobis is in fact the first release worldwide which is fully uncensored. Fans of the film will surely rejoice and consider a purchase of the Blu-ray.

The cover already announces that the film is uncensored but since that would have been a first time in the film’s history, we wanted to make sure if that announcement lives up to the expectations. And it does, in fact. The new German DVD will most likely contain this uncensored version, as well (the old one was cut).

The German Blu-ray is region-free and offers an English audio line and English subtitles.[/b][/i]

It has all the scenes that were missing from the previous discs. Clint approaching the saloon, longer Indio laughter, the beating scene is finally complete (the old German DVD was almost complete and the Italian BD had 1 second missing).

It is supposedly missing frames compared to the Italian BD though, at the end of scenes I assume. Can’t really call them cuts I guess but it seems it would have actually been a bit longer had they used the Italian BD as the main source and just added the 1sec from somewhere else.

(now they used something else as the main source [the transfer which was made when they made the 2005 DVD?] and just added the missing scenes from the Italian BD)

The English audio track is not synced correctly in the scene where Clint lights his cigar and the thunder rumbles. It was never correct in any of the DVD releases either but the cut MGM Blu-Rays had fixed it for whatever reason.

And the ‘where life had value…’ text in the beginning is now permanently in German.

Would it be, for British viewers, a recommended purchase or not do you think? 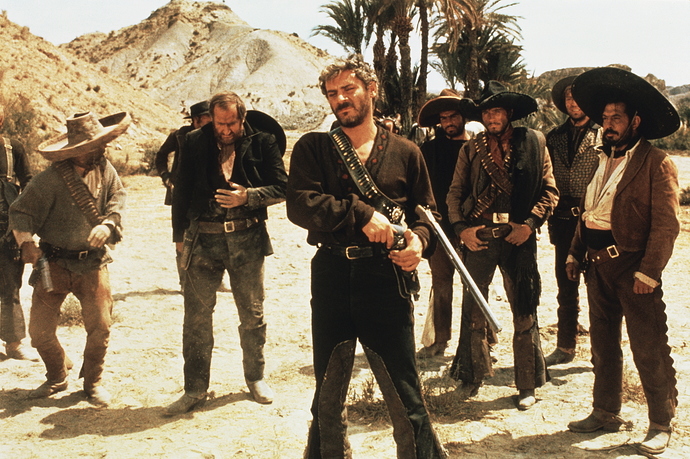 “And the ‘where life had value…’ text in the beginning is now permanently in German.” --> unfortunately that is true and really sucks ! Apart from that the BluRay is highly recommended.

As Asian release of the film is MGM, I gather it’s cut still?

I already had an Italian Blu of AFOD and a U.S. one of GBU, I ended up getting the Asian one as it was the only single release of FAFDM at the time and was only available in box sets of all three in other territories. Also it’s the only Leone Blu I never got round to opening yet. 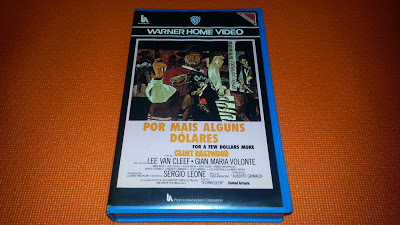 The Colonel cheated in the gunfight with Wild! He did not reach for his gun in the normal fashion , he used a small , concealed pistol (derringer?) instead.
Was he afraid that Wild could have outdrawn him?

That scene has bothered me for years .