Hi all lovers of SW Films,

I hope this idea hasn’t already been done, but I’d like to see any fans ideas of what the ideal cast for an SW would be. These can be classic actors or stalwarts of the genre, or people who dabbled briefly in the field, but definitely should’ve continued on. Fans can even list actors who’ve already worked together, and appeared in the same film. The only criteria is a choice of following: Two actors who should’ve teamed up, Four to Five actors who should’ve worked together, and a cast list of 10 to 20 people. Any combination of these criteria is OK, so long as everyone has fun with this, Enjoy. To get the ball rolling, I’ll give some of my ideas.

Lee Van Cleef and Gianni Garko as a team

Franco Nero and Lee Van Cleef as a team or adversaries

Franco Nero and Chuck Connors as a team or adversaries

But you basically mixed everyone with everyone else.

Except for Steffen. Where the hell is Steffen, the toughest guy of the West.
Anyway, offtopic, but I always wanted Tomas Milian play that jaguar poncho gunslinger in Requiem for a gringo.

What I wrote down as examples are some of my dream team ups/casts, if yours is say Kirk Douglas, John Wayne, and Gary Cooper in an SW, that’s cool and interesting too. What I’m looking for are people’s dreams of who’d make the perfect team or cast in SW, and if it’s say an All American cast, an All German one, all French, all Japanese, please feel free to share it here. This is a free reign topic to be creative with, don’t be shy.

I too think Tomas Milian would’ve been interesting as the Ross Logan character in Requiem, especially after seeing him in Squadra Volante, where like Ross, the character is restrained and methodical.

especially after seeing him in Squadra Volante

That looks like an interesting movie, never really got into watching anything else with Milian besides spaghs.

I recently revisited Today We Kill, Tomorrow We Die, and though I liked it, I found myself a little disappointed in the execution. I would love to see a spaghetti Seven Samurai style set-up with some of the leading actors of the spaghetti years: van Cleef (who did play Chris Adams once, in Magnificent Seven Ride), Nero, Spencer & Hill, Gemma, Milian, Garko, maybe, facing off against Eduardo Fajardo, Horst Frank and Klaus Kinski? I’m trying to think of actors more represented in my favorite spaghettis than those.

Take a look at these threads

Your own western The Saloon

I saw on Shobary site a interesting ideia. If had the chance to join actor (one anti-hero, a villian, a female) with one director, and a compositor: Mine would be: Anti-hero: Mike Marshall Villian: Max Phipps Female: Miou Miou Director: Mario Caiano Compositor: Bacalov And yours ?

Once Upon A Time... Casting Challenge Town Hall

Hi folks, This is fun topic I’ve been thinking about for a while but I never got around to posting on it. Does anyone want to play? It’s 1967/1968 and while preparing Once Upon A Time In The West… Leone pulls out and so does Paramount and most of the money. You are now the director and on a much reduced budget you must cast the picture. For budgetary reasons you can only cast actors who are already working or are about to work in the SW universe. You can’t import expensive American stars! The…

Love the idea of an SW version of Seven Samurai!! Very cool and intriguing idea. I still need to see TWK, TWD and I’m a fan of Tatsuya Nakadai who plays the villain, curious to see how he handles playing a Cowboy. I would say a good SW Seven would be Lee Van Cleef, Franco Nero, Tomas Milian, Gianni Garko, Anthony Steffen, George Hilton, and William Berger, what do you think?. Kinski, Fajardo, and Horst Frank would be good perfect villains.

I had no idea someone had a similar thread, I’ll definitely show support. Let us think of this as version 2.0.

Lee Van Cleef and Gianni Garko as a team

How about Tony Anthony takes them all on with a 4 barreled shotgun, dynamite and a tank

How about Tony Anthony takes them all on with a 4 barreled shotgun, dynamite and a tank

I’d pay to see that! LOL

We already got the ultimate ideal cast in GBU

I want a SW where John Phillip Law dubs everyone.

If Vanzi would direct it, I’m in.

Very true; the thread’s primarily just creative “what if” fun.

In Honorarium of “Your Own Western”, the thread that started it all, here’s my own try at it. 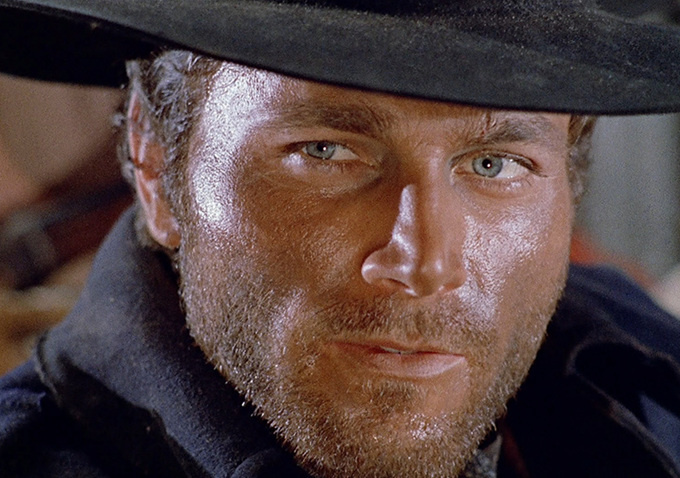 with the aid of a sympathetic, no-nonsense Sheriff played by Gianni Garko 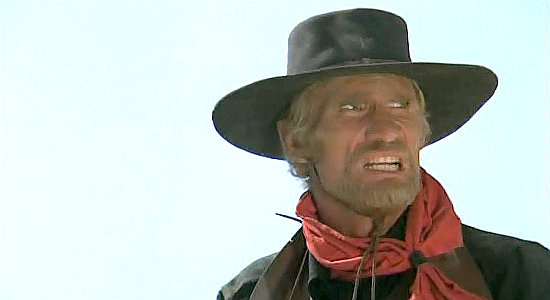 on the payroll of a corrupt Mexican General played by Fernando Sancho, looking to make a section of Texas his own little country 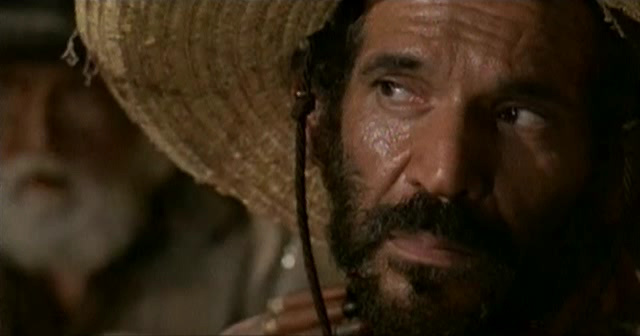 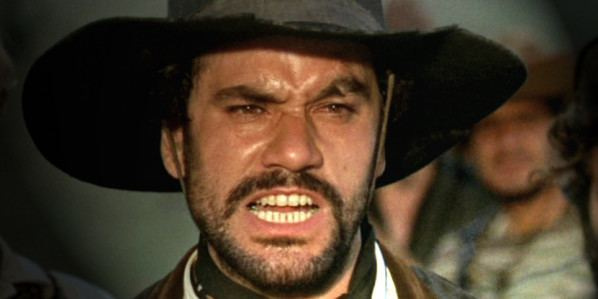 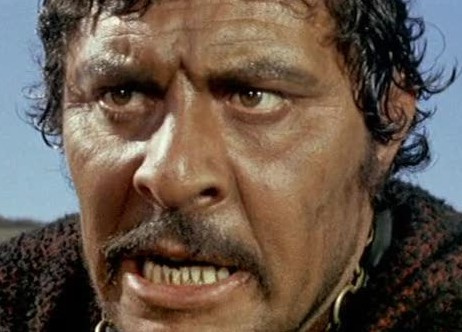 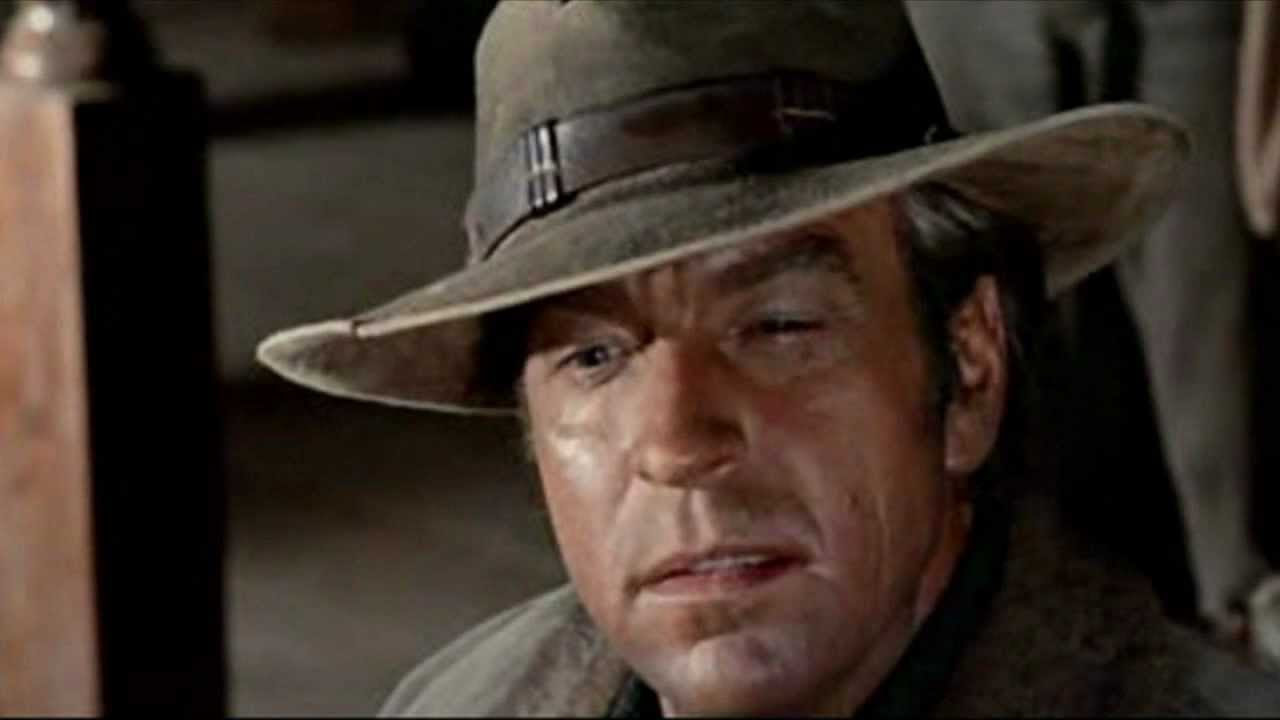 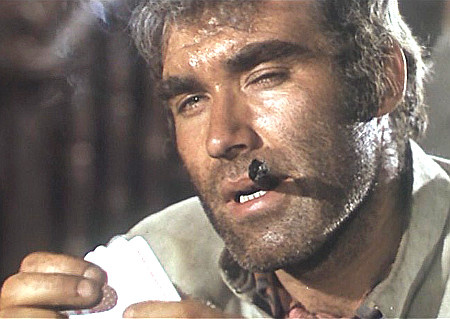 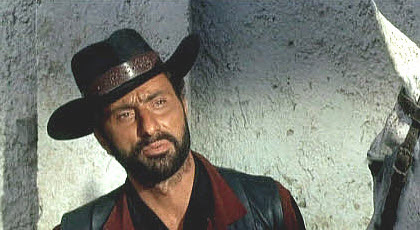 My dream sw would be psychedelic sex western by Jess Franco

Give me all no-namers as much as possible. The audience is forced to pay closer attention to the story. Squeeze-in a Harvey Keitel every once in a while… an actor that seems like he’s in every film ever made.