The Tiffany Memorandum, 1967… If you ignore the trainwreck-scene, the film is highly rewarding… with girls and fists and plot-twists. Ken Clark is magnificent as a ‘journalist’ (I was never convinced he wasn’t an agent till the end, maybe) on the trail of plotters involved in a shady El Salvadorian oil-ring, in France and Germany. Equally magnificent is Irina Demick, as the mysterious woman helping Clark… when she’s not setting-him-up. The film flows nicely and it’s not dark, even though most of it is filmed at night and in barely-lit rooms. The trainwreck was merely a cut to 2 model-trains colliding. Director Sergio Grieco (as Terrence Hathaway) should be ashamed of himself. My fave odd scene was in a German nightclub, whose floorshow was simply a masked woman who made ‘volunteers’ vanish inside a trunk. Of course, Clark vanishes… and when the trunk is finally opened, the masked woman is dead inside. I’d also rate the film as 7.5-out-of-10.

Some Girls Do… An installment of the Bulldog Drummond franchise, starring Richard Johnson. He’s generally-assigned to snuff-out an eccentric corporate-blackmailer, who employs a wide array of female-looking androids to take control of an innovative aircraft-company. It’s a breezy, bikini-strung action-romp for the most part, but it wraps things up a little too quickly. The speedboat-race smoke-bomb scene wasn’t needed. The girls already had high-powered pistols. Anyway, the film’s script stays entertaining thru-out. 6-out-of-10… from 1969.

Basically a weird deconstruction of the Lemmy Caution character. Noir stuff wrapped in something dystopian.

Visually appealing, with some memorable scenes, but thin on plot and too much philosophical stuff to keep me entertained 100% of the time.

Overall: Not too bad, with Constantine in great form.

Basically a weird deconstruction of the Lemmy Caution character. Noir stuff wrapped in something dystopian.

Visually appealing, with some memorable scenes, but thin on plot and too much philosophical stuff to keep me entertained 100% of the time.

Overall: Not too bad, with Constantine in great form.[/quote]

Saw this when I was a student. I remember the night, and the discussion afterwards, but not too much of the movie itself.

I think this is only the second Godard that I ever saw (A bout de souffle being the first). There’s something exhausting about the way he does things, can’t really put my finger on it. Perhaps it’s the protracting of utterly trivial things, but then he comes with something brilliant, almost out of nowhere.

Alphaville is ultimately somewhat rewarding, but far from accessible stuff. Takes some getting used to. I can imagine it evoking discussions though. Plenty of food for thought, despite that the dystopian ideas conveyed were nothing new.

[i]Spy’s Against the World/Killers Carnival/i-Wow, what garbage. Stewart Granger, Pierre Brice and Lex Barker in three separate awful stories with crappy acting and nothing in it worth watching for. Pffft!

Furia a Marrakech, 1966, starring Stephen Forsyth as an American agent on his first mission; tracking-down the shadowy group that is attempting to flood 5-billion in counterfeit-money onto the World-market. The film moves at a satisfyingly snappy pace with a minimum of contrived plot-blips. The worst being when the group plants a time-bomb on Forsyth’s car… and the car has a tire blow-out. He pulls-over, then discovers the bomb seconds before it explodes.

Toward the ending though, the film’s editing becomes a little too fast, as if trying to enhance the action. And there’s a discussion about a vault being hidden at the base of The Matterhorn, but we never see The Matterhorn. Forsyth’s plane just lands on a snowy plateau. And he didn’t bring any ski’s. Before the audience is deciding to believe he’s going to walk across the Alps, a girl skis-by and he hitches a ride.

All-in-all, I like the film. It has a modest re-watch factor, mostly due to the script’s many humorous observations and philosophical takes that take several seconds to process, attempting to keep-up with the editing-pace.
6-out-of-10.

Selling mine, possibly to be replaced by the German trilogy box

Hi there! I must admit I do like this genre. There I have finally said it!
I would recommend the Richard Harrison Bob Fleming movies. Secret Agent Fireball and Mission Casablanca. Harrison was made for this kind of role. 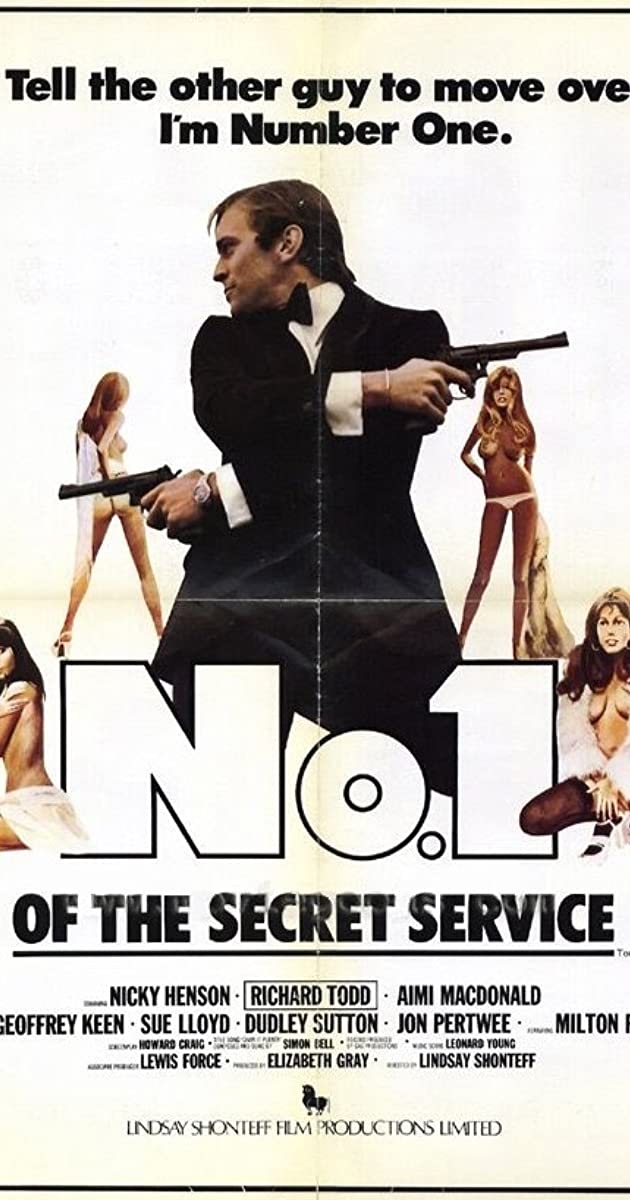 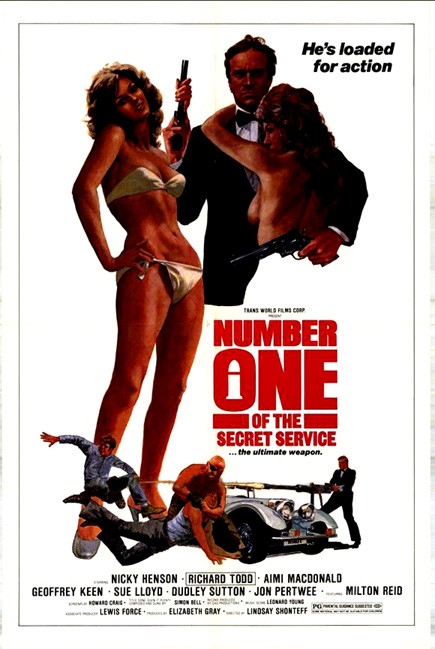