I’ve got this somewhere. I’ll dig it out and watch it next. Are you saying this is a good film? The cover looks like a version of Cutthroats Nine.

Well, as promised - I’ve found this and just finished watching it. A couple of points… the cover is from this film - it is the character El Tunco Maclovio who’s tucking into a bit of fried racoon rather than a Cutthroat Nine hombre. It’s an odd film, a bit disjointed but quite nicely does’t behave as you think it should. It spouts on a bit and tries to be a bit deep at times, but overall a reasonably enjoyable and quite hard-hitting film. It is not played for laughs for certain. I thought I had the ending sussed, but I must be getting nasty in my old age ‘cos altho’ violent, it wasn’t as nihilistic as I thought it could be. Some nice nudity as well. (But you’ll have to get over to the appropriate thread for further details.)

Just viewed this one and pretty impressed with this one.

Tough little film in parts, some outstanding gunplay which is quite stylish at times ,the main character is always interesting to watch and a great negative ending.

The score by Ernesto Cortázar was enjoyable, and helped make some of the gunplay very exciting and fresh.

Strange western which comes very close to a Spag. The look is completely a Spaghetti one, but there are different layers of characterizations and motivations which are possible in a SW, but not in the typical ones.

The version I have has several cuts due to an old, scratchy, defective print as source (but with mostly good colours and it was an open matte full screen presentation). There are also several narrative jumps, so this was probably a cut version, but the film itself makes every 20 min a not expected twist.

The score is also interesting, consisting of disharmonic tunes and also quite melodramatic sounding longer parts, which make a contrapuntal impression, the visual style of the film is never melodramatic.

El Tunco Maclovio is a hermetic bounty killer, a cold-hearted and nihalistic philosopher, who embarks on a journey that will change his miserable outlook on life forever when he is hired by the rich and powerful sadistic Mrs. Montano. She is first seen (well, her hand is) slapping around one of her men saying “Your life depends on you getting this letter to El Tunco Maclovio.” So off into the wilderness (which is strikingly and weirdly beautiful - with strange balancing rock formations) he goes to find our fellah - but unfortunately he stops on the way for a drink from a rather unappetising pool.

The horse has better ideas though, and unlike the fellah, has noticed some of skulls of his horse-kind and a human skeleton nearby. The bloke doesn’t realise til too late, but manages to get the letter to Maclovio all the same. Crippled with pain and asking for help, Maclovio puts him out of his misery with a bullet to the back of the neck. So, now we know what sort of bastard we’re dealing with!
Our man has been hired to put yet another bullet into a cool young gunslinger (who’s in love with the mistress’s daughter Sara, much to her Ma’s annoyance). And it is with him that we see the film open - as he dispatches a few fellahs in a shitty little town (as dusty as Django’s was muddy) in a gunfight that contained many sideways glances, moody stares, a sigh and a twist - which is all excellent stylish stuff so far, and all bodes well - well at least for us.

All I’ve mentioned so far clocks us in at the 12 minute mark and only now do we get the credits played over a rather marvellous Spanish (?) song - in fact all the music is suitably marvellous in this, from disturbing, discordant twangy stuff, to almost hollywoodish dramatic pieces towards the end aimed to lull us into believing in a possibility of a similarly mushy hollywood ending - but you just know it cannot be in such a doom laden tale as this … maybe?
So - between these first 12 minutes and the superb climax (I’ll keep this brief) - our man is on a journey that meets him up with a stunningly beautiful whore (check her ‘blouse’ out in the ‘nudity thread’ if you will), an orphan kid, and an enigmatic stranger who acts at times like Moclovio’s guardian angel - but to what end? There’s a great line when the stranger meets up with the whore and she says “An older man like you and a young woman like me only have two reasons for doing it - one is pity, the other is money - how much have you got?” And she has equally good lines to say when she meets up with Maclovio at the water side and later in a graveyard, and wants to jump his bones after being impressed (as was I) with some smart pistol action. And again the sets and framing of the shots are superbly stylish, the graveyard looks great, and the setting for Miss sexy-blouse’s dip, and the orphan boy’s home are a backdrop of cliffs and waterfalls.
There’s more marvellously quirky scenes - a dentist/shopkeeper setpiece that slices a rare bit of dark humour into this otherwise stylish and miserable fable, a tangle with a topless woman with a machete :o, and then we’ve got a flashback (hurrah) to give us an insight to the reason why our man only has one hand (and chose to cut it off himself). And through all these journeys and adventures our miserable ‘hero’ has grown somewhat out of his sombreness, and has maybe found a reason to live again.
In this film people die (of course), but with a randomness sometimes that imo adds realism, but also it ‘disturbs’ the storyline in a good way - making it less predictable an outcome.
Overall this a great little violent tragedy of a film - that owes much to the spaghetti western genre that it has emulated. But being Mexican, it has allowed itself to flirt with the erotic a little more than most of its Italian counterparts.
The acting, particularly from El Tunco, the stranger, and the whore, is excellent - and these are well fleshed-out characters (I’m tellin’ ya again - have a look at the nudity thread).

The only downsides in this gloomy tale occur with a poor attempt at humour when the boy fires his gun, and it gets a bit too self indulgent with the deep and meaningless musings at times which slow the film down too much on ocassion, which disturbs the otherwise good pace. The copy/print I have is a bit scratched at times, and there are a few jumps and the odd word goes missing. It doesn’t seem to miss much though and is probably relatively uncut at nearly 92 minutes (I hope).

Overall - this is highly recommended viewing - particularly if you like your spaghetti gritty.

(Trivia - the cover of Cutthroats Nine utilises a picture of a shot of El Tunco gnawing on a bone for its cover. ??? )

Love this one. Hope a better english language print pops up someday.

Can you merge the two topics Stanton ?

Now the topics are merged.

And we see that the Rev was once a guest …

Thanks for merging Stanton.

Keep finding films in my pile that I’d forgotten about. This one I gained in a trade ages ago but have only just watched.

Not a Spaghetti as I understand (Mexican?) but clearly should be by its tone and content. Should really have got around to it earlier as plenty to enjoy. Pity about the print quality. A decent print would add a lot to its stature I think but I suspect we are unlikely to see one any time soon if ever.

Odd in places but recommended for sure.

Anyone happen to know how the Mexican 2004 DVD by Zima compares to the 2003 Spain DVD by Divisa Home Video?

I can get the Mexican dvd but I’m not sure how it compares to the Spanish Divisa release, which is suppose to be really good. Both are still 4:3 picture but much better image than the old VHS recording.

I’ve messaged a couple people over at CG and hopefully they can reseed the Divisa disc for me, otherwise the only source I can find for it is one seller in Spain which may be hard to buy from…

I want to add the English dub to a nicer print, and I can definitely get the Mexican release, but would obviously prefer the best source if anyone has any info on that Divisa release. Unfortunately the screenshot image links are dead so I can’t even see those

Lets hope you have some luck with the re seed.

Yes be interesting to see how the Spanish disc compares to the Mexican one like you say.

Was able to get a reseed on the Spain DVD, so should have that one by tomorrow. Will post back some screenshots and get started on transferring over the English dub soon. Since I’m getting the full DVD, I’ll probably make a full DVDR and a x264 version. If anyone would like to get it privately outside of CG to save your ratio or whatever, just PM me and we can setup a private torrent amongst ourselves or whatever 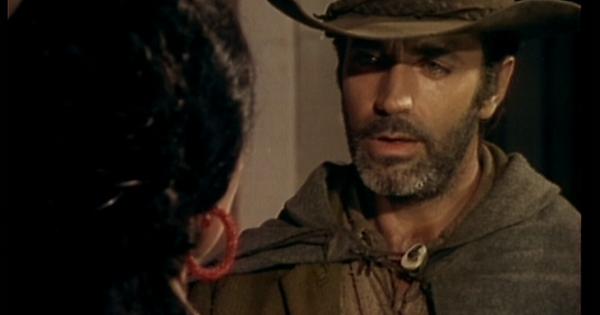 One thing of notice is that the Spain DVD is 25fps but still seems to show what looks like interlacing, which is no good since as I understand it interlaced content is for NTSC only, and may indicate a bad transfer… not 100% sure its interlacing, but on initial glance it looks like it. Will have to do a more detailed look to know for sure

The Mexican disc is also interlaced.

Try to play simultaneously a few scenes to verify if there’s a real speed up in the Spanish DVD.

Just had a look at the English dubbed copy, it has Greek subtitles so I am assuming its a Greek VHS source.

That’s a difference of 7-9 min, so may get some extra scenes from this as well

The scene I took this screenshot from happened about 2min earlier in the film, so definitely some cut material on the Greek VHS. 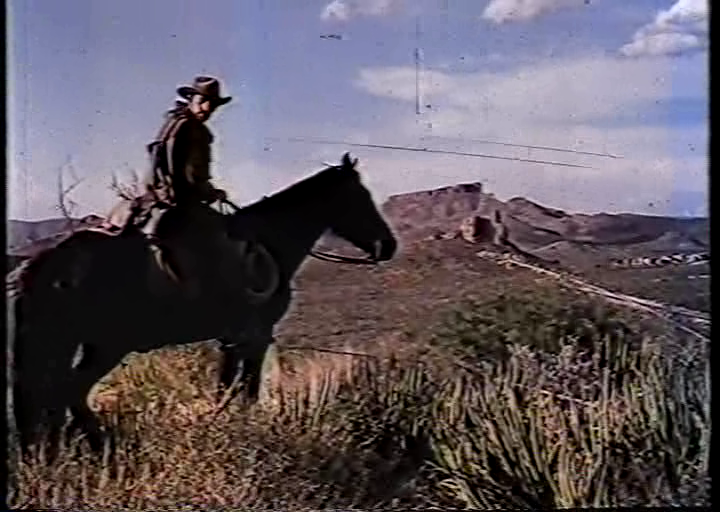 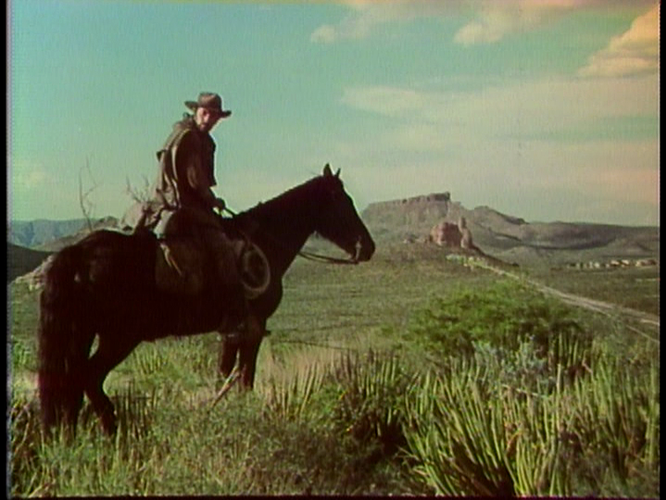 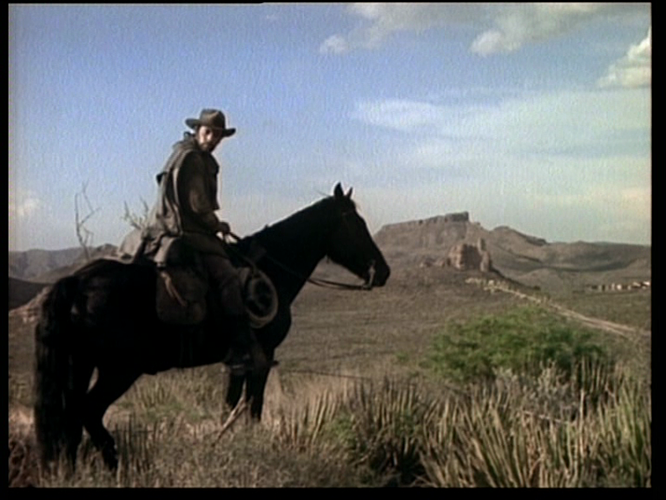 particularly noticeable in that last shot is the Spain dvd appears slightly cropped from the full image.

and the Mexican obviously has a very different coloring - the Spanish appears more realistic but less colorful. Looks like some sort of greenish filter, or defect in aged film, on the Mexican and makes the plants all green in this scene