Oh, and Lee Harvey Oswald did it alone.

Oh, and Lee Harvey Oswald did it alone.

I never looked into it much. In my opinion, it is soooo over covered, that no one will ever know even if the clearest of evidence is found. There will always be some looney who wants to make life veeeeerrry difficult for the currious.

I shifted opinions on this one recently & agree he was the lone shooter (but barely). He was probably not acting alone in planning but in the actual shooting.

One of my favorite legends…
Sighted around UFOS and Mothman around the 60’s…[/quote]
Please elaborate a little more about your choice as The Grinning Man sounds interesting.

And only us 3 amigos have mentioned it yet. [quote=“I…I…Idiot, post:6, topic:1886”]Funny how this thread ‘appeared’ after my mention of paranormal activity in my house :)[/quote]

[quote=“I…I…Idiot, post:6, topic:1886”]Please elaborate a little more about your choice as The Grinning Man sounds interesting.

Funny how this thread ‘appeared’ after my mention of paranormal activity in my house :)[/quote]

Its #3 and its seriously creepy, also check out the wikipedia page on it for more info…
The other mysteries are also pretty eerie…bloop…

It’s your thread & your rules but I could have googled it. I meant explain it here a little more for us here. BTW I’m building the suspense for my stories…like a good duel!

Righto. Thats sounds better…I just wanted an excuse to link you guys to that awesome list…

The Grinning Man has been sighted around New Jersey in the 60’s right around the Mothman sightings by two boys walking home…The entity was sighted by two boys, James Yanchitis and Marvin Munoz, as they were walking home along Fourth Street and New Jersey Street when they reached a corner parallel to the New Jersey Turnpike. The turnpike is elevated and there is an extremely steep incline going down from the busy street above which leads to Fourth Street. A very large, high wire fence runs along the edge of the other street below where the boys were walking, making it incredibly difficult to near impossible for anyone to want to climb up the incline to the turnpike above. There are bright street lights in that area, which gave the boys a good glimpse of what they called “the strangest guy we’ve ever seen.” Yanchitis noticed the strange entity first. “He was standing behind that fence”, he stated later to investigators. “I don’t know how he got there. He was the biggest man I ever saw.” “Jimmy nudged me”, Marvin Munoz reported to police, “and said, Who’s that guy standing behind you?’ I looked around and there he was… behind that fence. Just standing there. He pivoted around and looked right at us… then he grinned a big old grin.” There had been recent reported incidents of violence in the nearby neighborhood, such as a middle-resident being chased by a “tall green man” down that same street and on the same night, so the boys fled quickly.

I copy and pasted it from wikipedia in a hurry, I gotta go out to eat with the family now…

And only us 3 amigos have mentioned it yet.

Korano, would you say I have a plethora of Ghost Stories.

I don’t know, you are still in the eyes, hands, guns stage of the suspense.

It was a 3 Amigos reference. 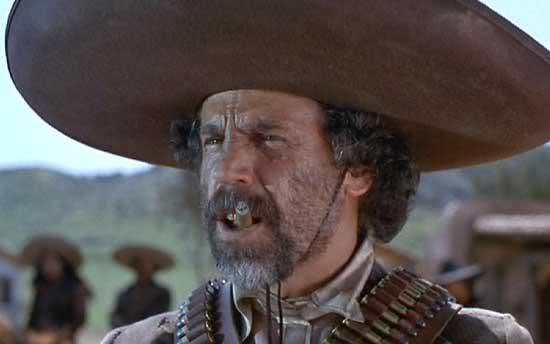 [center]WARNING: LONG POST - PLEASE READ ALL[/center]
Ok there are a few stories & I don’t like typing much so…
It started when we bought our Condo, our 8 year old (4 at the time) was telling us about an imaginary friend of hers (not that suspicious as kids often do) his name? Viggola (soft ‘G’ sound)
Now we are suspicious. That’s just a too weird of a name. When watching TV, her room is to our peripheral left. I have often seen movement or white/light flashes (not a light) streaming slowly. A few times I just thought I was seeing things but my girlfriend saw it a few times as well prompting a conversation about it. One night, we were both watching TV, her to my right. I saw the same thing, looked left, then turned right to face her & she was already looking at me. ''You saw that right?" She asked. Eerie.
At least now I know I’m not crazy. One day we were all home & doing whatever we do. Our kids often played in the hall but not on this night. She turns down the music we are listening to & asks ''Did you hear that?"…No. Minutes later…again “I’m hearing someone calling my name” There are 3 units on my floor & our door to the hall is usually open as it was on this night. She thought that one of our neighbors were fucking with her. Went & looked in the hallway, nothing. Neither are home. Minutes later, the music is turned off…again. “I heard someone calling my name!”. I went into the hallway & saw, in front of me, not off to the side, in the light, a similar whisp of ? (dark this time instead of light as the hallway was illuminated & our girl’s room is dark). The look on my face said it all. Not a figure, no face or anything like that but definite, about 3 feet high.
Chills!
Late night sounds of little footsteps & giggling have been heard by my girlfriend & more sightings of whatever it is were frequent but did show up in bunches & stop for periods of time. One night I was searching the web & came across some ‘ghost’ photos. Again, on this night the side vision wisp appeared to me as my girlfriend was sleeping. Thought of grabbing the camera. ‘that’s stupid’ I thought, changed my mid & grabbed my camera, went into her room & took a photo. 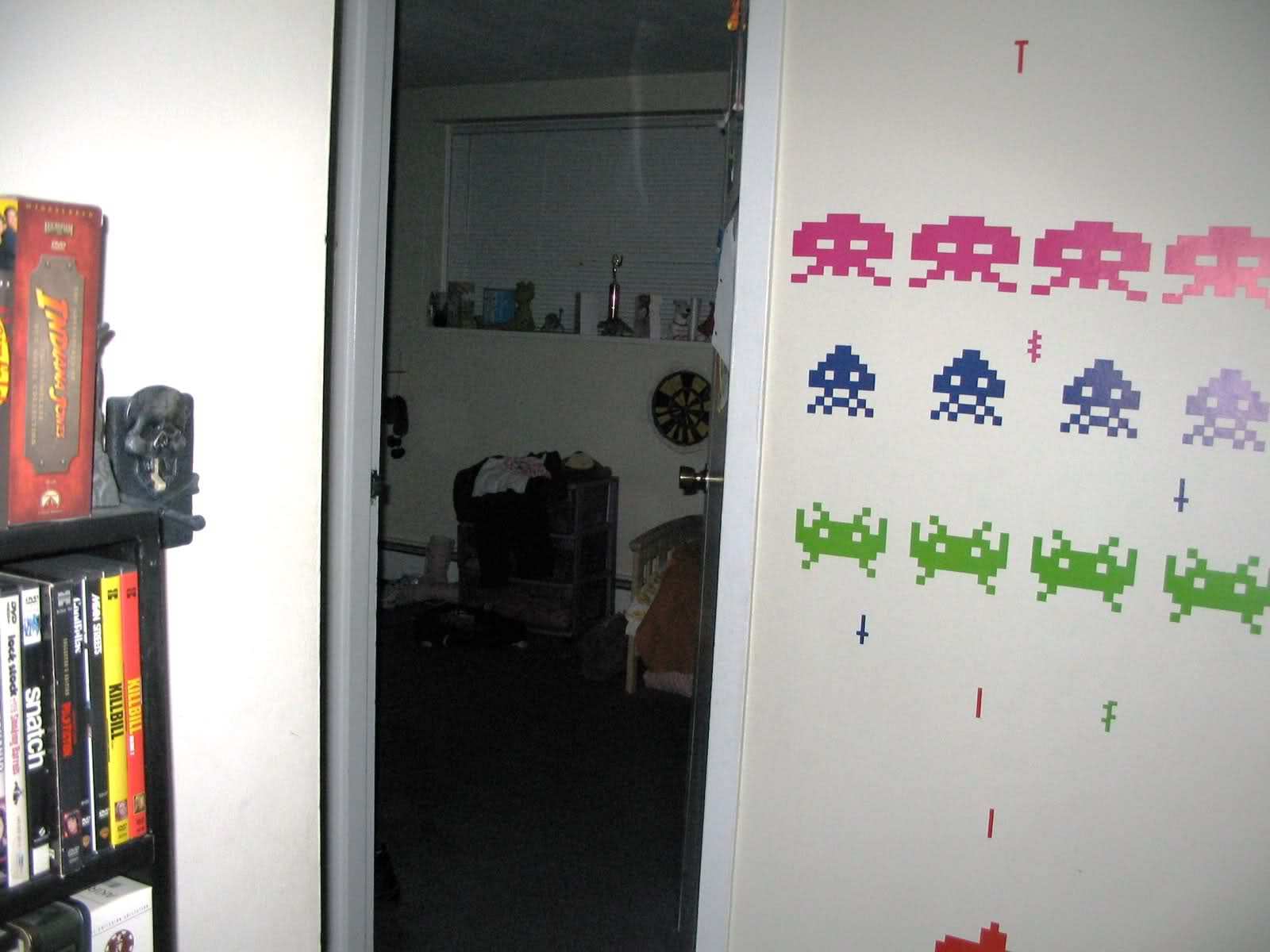 I woke my girl up & showed her the picture, went back minutes later & took a few more & caught similar images, same area but a little larger as the first one looked more like lightning 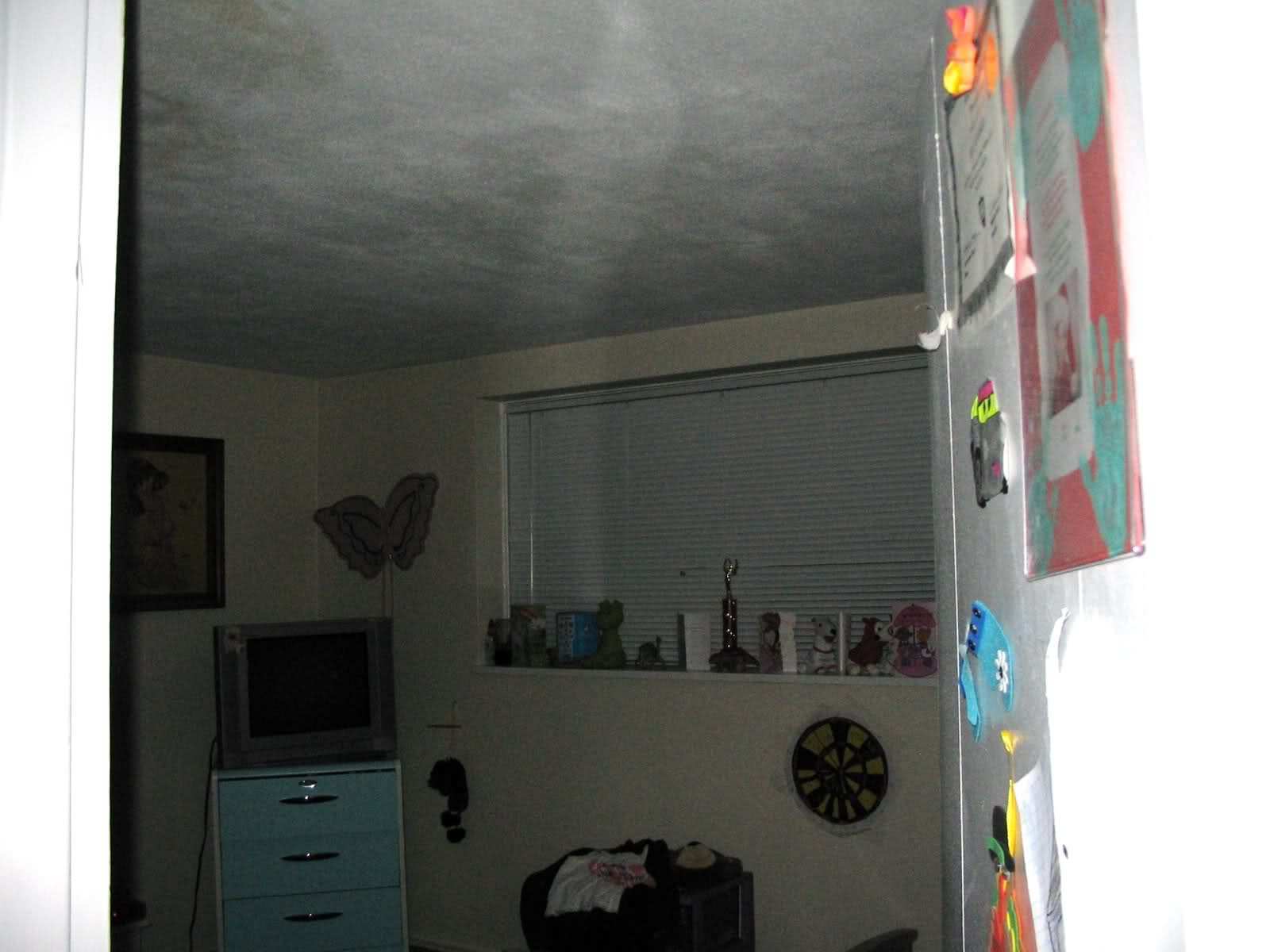 Another time My Son, the 8 year old & myself were next door at the neighbors & my girlfriend was in our bathroom, alone. She felt a strong nudge & thought it was one of us, but she was alone & nobody was anywhere close. The look on her face as she entered my neighbors house said it all.

We live in Massachusetts on Lexington Street, walking distance from where the ‘shot heard round the world’ was fired that sparked the Revolutionary War.

One day the 8 year was walking, holding my hand & started singing ‘Yankee Doodle Dandy’?!
“Where did you learn that song?” as I had never heard her sing it before.
“That’s the song Viggola sings to me & tries to get me to dance to”
It is, of course a Revolutionary War song.

She later told her mother that “Viggola was dead, he lived here before, not here in this house but hear. His house was here before. He died by having these little balls go in & out of him (she BTW knows what bullets are) he was also stabbed.”

Another time she saw a ‘soldier’ as she called him. Later they browsed the net to see if she could point out this solder. By her description it sounded like a Roman Warrior with some tall red thing on his head. While searching Revolutionary War soldier’s on the net they came across a picture of a Revolutionary War soldier & pictured next to him was an Native American Warrior chief. Not the soldier we were thinking about but technically a soldier.

If it didn’t happen to me or my family I would not believe it. I don’t have the time to type out something so long & descriptive if it were not all true!

@Idiot:
A great story and you now have me more scepticthan one sided. I could read that story on numerous occasions! Wonderful!

@Idiot:
A great story and you now have me more scepticthan one sided. I could read that story on numerous occasions! Wonderful!

Exclamation mark!!![/quote]
Are you hinting that it’s made up? This is no Blair Witch shit, this stuff happened. What do you think of the pic?

[quote=“I…I…Idiot, post:16, topic:1886”]“Where did you learn that song?” as I had never heard her sing it before.
"That’s the song Viggola sings to me & tries to get me to dance to"
It is, of course a Revolutionary War song.[/quote]

Scary & true. We have never felt threatened. It’s more playful than anything else. I’ve also looked into what abnormality could have caused my camera to fuck up & nothing adds up. I’ve seen other things that camera’s do to appear like paranormal but they don’t look like that.