OK, I’ll write something as soon as possible.

I’ve been avoiding Zorro films but I recently watched El Zorro justiciero which I liked, it was just like any average sw only that the hero was masked and did some acrobatics. What others do you suggest?

The following which I have viewed in the last couple of months are all westerns for me; Zorro The Fox, The Three Swords Of Zorro and The Shadow Of Zorro.

(…) I recently watched El Zorro justiciero which I liked, it was just like any average sw only that the hero was masked and did some acrobatics.

Zorro il cavaliere della vendetta/Zorro Rider of Vengeance is essentially a western too, there are even Native Americans (!).

Did anyone get the Blu Ray of the Duccio Tessari Alain Delon one?

Just seen El Zorro (La Volpe) directed by Guido Zurli: in my opinion it is an Adventure film with little or nothing to do with the Western genre, a typical Zorro movie in which the few unconventional elements are a blond, unmoustached and rather effeminate Don Diego and the green-lined cape.

The best sequence is maybe the one including a duel using bullwhips.

Just seen El Zorro (La Volpe) directed by Guido Zurli: in my opinion it is an Adventure film with little or nothing to do with the Western genre

Thanks for the info. I was thinking if this is worth watching but I’ll be skipping this one then.

Son ( who happens to be Zorro ) is sent on a mission by his mum to find his father. Finds out he has been killed for fighting for the poor, aswell as the fact he had a nice silver mine. He takes most of the film to find out though which becomes tedious, but we have some fighting near the end of the film. Zorro does find a little time to locate his future wife who he will be taking home to show his mum…ah what a nice man.

Then there is this poster crediting Helga Liné, I remember reading somewhere to watch for her in a small role. 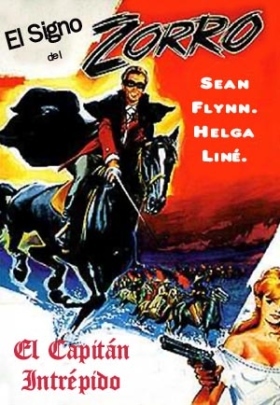 The DB has a rather long list of other credits. I know this version is cut as I saw a few differences in just the first few minutes compared to the German version available on You Tube although the credits are similar.
JonathanCorbett, you wouldn’t happen to have the Italian credits would you?

JonathanCorbett, you wouldn’t happen to have the Italian credits would you?

I recently viewed Cold Killer[/url] directed by William First (Guido Celano). As he was credited in the cast and also credited in Duel at the Rio Grande, I first checked his acting credit in The Hills Run Red then his other western, [url=http://www.spaghetti-western.net/index.php/Giur%C3%B2…_e_li_uccise_ad_uno_ad_uno]Gun Shy Piluk[url]http://www.spaghetti-western.net/index.php/Uccideva_a_freddo[/url] and concluded:

The sheriff in Cold Killer, Zac Wyler in Piluk, blacksmith and reluctant foster parent in Hills

The number of recognizable actors in Duel at the Rio Grande seems rather high in relation to the SW average.

Just re viewed Zorro The Rebel.

Mixture of themes in this one in which Zorro struggles with. But the main one is land rights, with a good helping of women problems thrown in for good measure. Lots of Spaghetti regular actors in this good natured early Zorro film.

blob.jpg754×319 73.8 KB
Appearing in several pieces of this period including a couple of other Lenzi films, (Superseven chiama Cairo and Un milione di dollari per sette assassini), is Francesco De Leone. Would it be possible this may be the same actor? @JonathanCorbett, might you have any information?
1 Like
A Rope for a Bastard / Una forca per un bastardo (Amasi Damiani, 1968)
JonathanCorbett (JonathanCorbett) October 4, 2016, 10:27pm #83

In view of the fact that Franco is a contracted form of Francesco (Gulà was for instance occasionally credited as Francesco) I really think so.

In any case, Franco De Leone is also listed in the closing credits of the highly trashy musical White Pop Jesus (1980).

According to Anica and IMDb in SuperSeven Calling Cairo De Leone plays Professor Gabin, but I didn’t see the actor below in Zorro contro Maciste.

Actors in common between the two movies: in addition to Aureli, Serato and uncredited Bruno Ukmar (here General Savedra soldier, just like Mauro Mannatrizio) I noticed this guy. He also seems to be in White Pop Jesus, so we need further checks!

You may be on to something. IMDB has Francesco as the 2nd detective in After the Fox. Isn’t this the same guy on the right?

Isn’t this the same guy on the right?

. What would you say his role is? Queen’s page? manservant? attendant? She refers to Gonzalo earlier, but I got the impression he was probably the older guy helping her out of the carriage at Joaquim’s pub.

What would you say his role is? Queen’s page? manservant? attendant

In my opinion Regina Seiffert is without a doubt Conchita - the cantina girl - and not Pilar, the girl with Don Alvarez (maybe Gioia Zanetti, we have to check Zorro, the Navarra Marquis). What do you think? 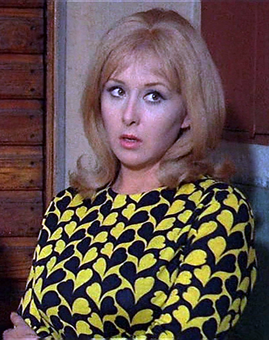 In my opinion Regina Seiffert is without a doubt Conchita

maybe Gioia Zanetti, we have to check Zorro, the Navarra Marquis ??