Ty Hardin stars as Jack “Sacramento” Thompson, a gentleman rancher / prizefighter that everyone either loves or hates.

This was an enjoyable movie in that it combined action, comedy and some drama to create a very well balanced film. While not a great movie it is good fun and Hardin steals the show as Sacramento.

The soundtrack by Micalizzi is the real show stealer in my opinion:

Easily several times better than the actual movie as was often the case with these soundtracks of course.

Good point, Soren…I forgot to mention that I really enjoyed the music as well. That clip you put up really sums up and fits the movie!

Above average in my book. Top 100 and perhaps even Top 50 material. I watched the German dvd which runs around 86 minutes so I probably got hold of a cut version, but somebody here knows for sure.

I thought this was average stuff, somewhere between 2 and 3 stars. At least it’s not slapstick comedy which I first expected when I saw this.

Soundtrack excellent. Film routine for me.

I watched the German dvd which runs around 86 minutes so I probably got hold of a cut version, but somebody here knows for sure.

As more often, the score and the title were more interesting than anything else concerning this movie starring the biggest asshole in the history of the genre: 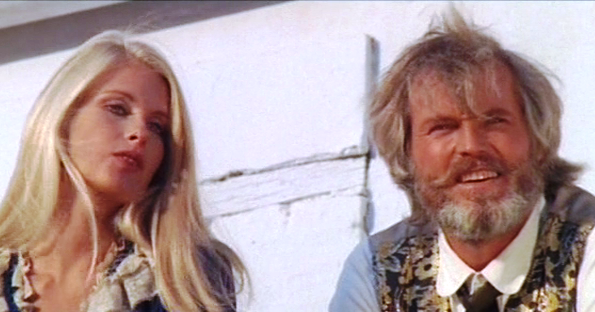 I’ve watched this one last week, funny that review for it appears now.
Anyway this one is maybe worst I’ve seen, dialogue especially is like it was written by 6-year-old.
But if you watched it in right company you might have fun laughing at how bad it is.

Stumbled upon a cheap copy of this movie and wondered who the f++k is Ty Hardin? After reading Scherp’s interesting remarks on that gentleman, I’m able to share Scherp’s point of view judging Mr. Hardin a (fascist?) asshole. But nevertheless the movie is not so bad after all. Although it feels like a stretched TV episode (storyline is thin and shallow) we can follow some good shootouts and fist fights. Already mentioned but soundtrack is really good and recommended –

Only just watched this one today on a surprisingly good looking print. The film is not good but actually better than I was expecting. Light hearted for the most part but doesn’t fall over into outright slapstick comedy which is a blessing. Some of the locations look great too. Still a 2 out of 5 for me but not the train wreck I was expecting by a long chalk.

Can’t really find any info other than that the only 2 films she has on her imdb page were made with Ty Hardin at the time she was married to him. Maybe she lost interest in the film business after the divorce.

Caught this one on Movies4Men UK … more entertaining than expected (as expectations were very low)
The music is the real star of the show, with the exception of the completely unnecessary ‘Jesus, we love you’ nonsense’, which made me think it was shoehorned in by ultra right wing, God fearing Ty Hardin … and I have to agree with other comments made about this man - What a complete asshole! I was really shocked to read about some of his antics a few years ago … and it seems what I read, regarding his white supremacist Christian antics, were later toned down on Wikipedia … this would have been pre- Facebook days (ah the bliss!)
One reason for me deleting my account there, was the amount of SW fans I encountered who deliberately turned a blind eye to his hatemongering bullshit … or maybe those in question shared his views!?
Anyway, back to the film … the version screened on M4M had a few cuts for language, strong stuff like, ‘bastard’ and ‘sonofabitch’ !!! LOL (let’s start a race war, but with no swearing, cause Jesus wouldn’t like it!) Sorry, I’m off again

also cut was a scene were ‘Ty’ is having a pervy peek at his son getting off with the local Mexican floozy … in this case his character is relieved that his son isn’t a homosexual, which was worrying him earlier … and Jesus doesn’t like that sort of thing either!

All in all, watchable … but also completely missable.

So disappointed that the German DVD has no English language option!

Thompson is an ex-boxer, always at odds with his former opponent, Tom Murdock, now a bank robber of sorts, who thinks Thompson beat him in a prizefight thanks to a few blows below the waist.
(…) a story about two ex-boxers still having arguments about their encounters in the ring

That differs from the original Italian version, in which Murdock is not a former boxer but rather a gambler from the ringside mad at Thompson for supposed match-fixing in the past (an unfounded accusation, of course).

There’s a lovely print playing on the Sony channel right now. Pity I’m not able to record it but I’ll stay up and watch it.