Wondered if we have a ranking or warning for the poorest quality BD and DVDs on the market ?

’L’ira di dio’ (1968) ‘The Wrath of God’ This release is from super dodgy German label ‘White Pearl Classics’ … who seem to have graduated from making DVDs that look like bad VHS and now BDs that looks like crap DVD.

I’d like to hear of other releases to avoid.

released as a Blu ray, but is just an inflated or upscaled DVD … with the most outrageously bad interlacing

PS: The uploading process seems to have filtered these screenshots - the combing effect is much worse on VLC media player. 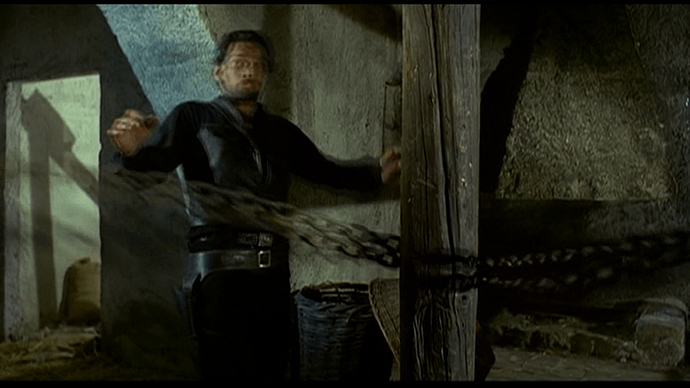 Any of the Mill Creek Hammer Films Double Bills. I had gotten two of them because at the time it was the only way to see The Curse of the Mummy’s Tomb and The Gorgon on Blu Ray, and while the picture quality was immaculate, the audio quality was absolutely garbage. I had to constantly change the volume to the point I had it at ridiculous highs just for the simplest dialogues. I’m getting rid of them and getting the Indicator Blu Rays.

Thank you makesthemovie!! That will save me a few quid! I will search out the Indicator CURSE OF THE MUMMY’S TOMB. It is the most underrated Hammer film. THE CURSE OF THE MUMMY'S TOMB - BD 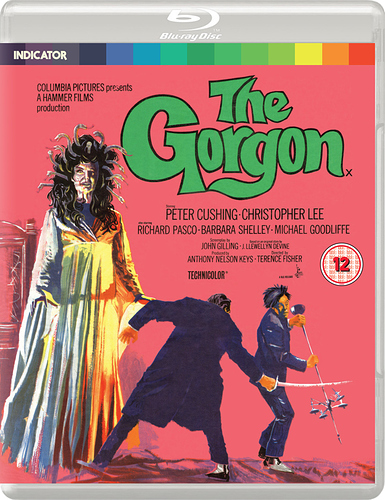 Yes, Curse is an underrated gem in the Hammer library, I love all 4 Hammer Mummy films.

The Curse of the Mummy’s Tomb and The Gorgon on Blu Ray, and while the picture quality was immaculate, the audio quality was absolutely garbage. I had to constantly change the volume to the point I had it at ridiculous highs just for the simplest dialogues.

Wonder if there’s any such concept as ‘quality control’ with these companies!?

I know Mill Creek have long had a bad reputation, but thankfully their SW releases have been OK, … not brilliant, but acceptable for the price.

However, I noticed recently that there is some sync issues during ‘Keoma’, about 73 minutes in, when Berger and Strode come to help fight O’Brien’s gang … the sound is off by a few 100 millisecs , enough to have pistols flash before the sound effect catches up. But before we crucify Mill Creek alone … one of the Arrow release Sartana movies (a scene with Aldo Berti) has a bad section of OOS (Out of Sync)

Kino Lorber released ‘A Town Called Bastard’ under the title ‘A Town Called Hell’, and the audio mix on that is both hell and a bastard … they’ve taken a mono track and attempted to DTS it, to the point where much of the dialogue is inaudible. It’s so irritating that I’m toying with the idea of digging out my old budget DVD and redubbing the entire film in glorious mono.

Thanks for that!!
I got hooked on the Mummy movies early on. The Gorgon is unique. It may not be the best Hammer Horror but it is incomparable. Every fan should see it.

That is really helpful Aldo. Not got a big budget for Spag spending sprees. I like to know my money is well spent. Cheers!

I would appreciate knowing what “not to buy” also instead of getting a snobby lecture after the fact. When you have a low budget the last thing you want is someone telling you what you’ve spent money on is utter crap. So do bring it on.

The release of Django on blu-ray in the UK was terrible, the flik hadn’t been remastered at all and was exactly the same as the old mid-2000’s DVD release

Thanks for the warning

Do any of you guys have the white pearl dvd of bandidos, I ordered it but I found out that company was mediocre in terms of picture quality, does anybody know how that particular release is?

Mill Creek’s release of Fort Yuma Gold has audio issues too but the video looks ok. StudioCanal took that same version and put it on the recent release of it in Japan as a bonus feature. A shame because the main movie itself on the Japanese disc is restored in 4K but only with Italian and Japanese audio.

The sound during the titles seemed a bit fuzzy or distorted, but the rest was acceptable, as it looked and sounded like a vintage print, it didn’t bother me too much.

I think the Mill Creek version is fine but the restored footage on the JP disc looks really good. I just wish StudioCanal/King Records would’ve put in the effort to sync the English track with it.