In an alternate universe, who would you have cast as “Blondie”, “Tuco”, and “Angel Eyes” instead of Eastwood, Wallach and van Cleef? And why?

Clint : Hugh Jackman (hes tall but i dont think hes got the tough guy thing yet, despite wolverine

as much as he trys hes no Clint…)

Lee Van Cleef : Steve Bucemi ? ( this one is really hard to choose no one can replace lee van cleef but I think he would make the roll ineteresting… )

Tuco : Ron Pearlman ( I just thought he would be interesting in a spaghetti western I reckon he could pull off the mexican part too )

If I had to make a new version of GBU, I wouldnt look for famous actors, I would simply search for actors with a memorable face.

I agree, I was simply giving a realistic version of how it would probably go down…

I’m all for indie actors, most comic films are better with unknowns thats why I think WATCHMEN was so great you wernt like "Ooooooh its someone playing this character " you just watch it for the film it is…

Interesting idea, but would that work?

Interesting idea, but would that work?

The dead are sometimes good actors. You can not make mistakes.

But a different story. Imagine a remake of Blindman before. And all the old actors are working with. Among other things, the 50 women. Today, all around 60 years old. And walk half naked in front of the camera. Oh my God. A nightmare. :o :o >:( ;D ??? :

Indeed a nightmare, but Ekimklaw was asking for a different cast using 6o’s actors, not 60 year old actors.

Suppose that Clint, LVC and Wallach had never existed and Leone was supposed to cast 3 other actors from the available pool at the time to play the part. Also suppose that production had begun during '67 so that many SW actors had already established themselves. In this alternate universe, I would pick:

This would make the film vastly inferior to the real GBU, but given the circumstances, what else might Leone have done?

For the ugly he had maybe again thought about Gian Maria Volonte. I’m sure he would have chosen Volonte if they had a better relationship.

I doubt that Volonte would have been better than Wallach, But I can imagine him as Tuco. But I can’t imagine anyone else of the SW bunch for Blondie and Sentenza.

Of course, the three main characters are irreplaceable… I shudder to think how the movie would have turned out without them. Here’s who I would’ve cast, had the others not been available… 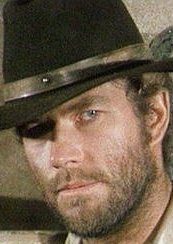