Presumably shot back to back with Brescia’s other Alaskan epic La Spacconata (White Fang and the Gold Diggers) as it shares the same cast, same sets, same costumes and more likely than not the same dog food. The only thing obviously changed is the love interest and the annoying kid both of whom are replaced by actors equally squeezable and annoying depending on requirements.

If you didn’t like Gold Diggers you’re unlikely to find much delight here but, personally, I find them both reasonably diverting if not actually warranting much praise. But then I’m a sucker for a snowy backdrop to the point that not even a dodgy Kevin Keegan perm on the lead actor can put me off. It’s not a great film. It’s not even a remotely good one on any discernible level but somehow I found enough to keep me entertained. Or at least not irritated too badly.

A note re the info currently on the database about this film. Woods’ character is listed as being Sandy Shaw (same as in Gold Diggers) in the credits and as David in the synopsis. Whereas in the English fandub version I watched he is called Daniel. Are the names listed wrong or just different in other dubs? (i.e. German or Italian) The female lead here is also listed as Connie, who was the character in Gold Diggers. In my version she is called Linda Burton. I suspect the database is wrong but don’t want to change it until checking with someone who might have seen another language dub.

[quote=“Phil H, post:1, topic:2794”]I suspect the database is wrong but don’t want to change it until checking with someone who might have seen another language dub.[/quote]I’ve got a Greek tape called Hunter of the Wild North (or something like that) somewhere Phil. When I come across it I’ll check.

Just double checked my version because I remembered it drops into German for a short while in the middle. Woods’ character is still called Daniel during those sequences so that answers that part of the question anyway. Whether the characters are named differently in the Italian dub I still don’t know but my suspicions are now even stronger that whoever filled in the cast details on the DB got this film mixed up with The Gold Diggers.

Where does the print originate from which your fandub is on Phil, any idea?

Watched the first hour a few days ago, but haven’t finished the movie yet.
I thought the shootout halfway the movie wasn’t bad. The dogs will have to eat a lot of strong food before they become wolves, that’s for sure

Noticed this Sandy Shaw thing too. Wasn’t she a barefoot contessa who won England the European song centest?

Noticed this Sandy Shaw thing too. Wasn’t she a barefoot contessa who won England the European song centest?

Where does the print originate from which your fandub is on Phil, any idea?

Got it at Cinemageddon. I think the English audio was lifted from a VHS source and the video from the German DVD. Hence the few minutes of German in the middle.

Sandie Shaw was great. Had loads of hits in the 60s and came back best part of 20 years later sounding (and looking) just as good.

Had a big crush on her as a kid.

Anyway, I’ve changed the info on the DB page. If anyone disagrees feel free to edit it again.

not even a dodgy Kevin Keegan perm on the lead actor can put me off.

Could not think of the name Keegan when I last viewed…spot on Phil !

Kevin Keegan, a dog who thinks he’s a wolf, a voluptuous squaw, an avalanche and a kid (for Sandie Shaw look elsewhere) …

“Am I in heaven or still on that damn film set?”

I didn’t like White Fang and the Gold Diggers much either but this one was almost unwatchable. Cheap looking film with loads of unfunny slapstick fight scenes. Pedro Sanchez has more screen time with his drunken comedy act than Woods. White Fang itself doesn’t have much to do in the film. And the dubbing is one of the worst I’ve heard in any sw, most characters have very annoying high and whining voice. Woods is dubbed by someone with very lazy and mumbling voice. At least the music by Alessandro Alessandroni was good.

Yep pretty much a dud of duds this one

Another snowy/doggy/family spag, this time featuring to date the worst dubbing I’ve ever heard, with everyone either reading their lines off of the page for the first time ever with no semblance of attempting to act or OVERacting whilst gargling their lines through mouthfuls of wet mud. The obligatory kid in particular - already eminently stranglable - seemed to be dubbed by a woman putting on a higher-pitched voice. Didn’t sound remotely like a child. Not sure what the whole thing was about (this was due not to any sort of convoluted plot but just an inability to hold my interest), but it seemed to be The Great Adventure again but with a less heavily-featured dog* (and fatally with no Joan Collins or Jack Palance to liven up proceedings). Oh, and with “comedy” provided by Ignazio Spalla lurching drunkenly here and there, looking for all the world like an Ewok.

A poor film; this was obvious the second it started playing. Well-intentioned enough, though. And I’d watch it a hundred times on the spin before I’d watch Apache Blood again. Well, not a hundred. Twenty, maybe.

[size=8pt]Why did they call their dog White Fang? Wasn’t the original White Fang a wolf? This wasn’t a wolf. It wasn’t white, either. It was a perfectly ordinary Alsatian. Well, I say ordinary, it was of course supernaturally intelligent as these doggies seem to be in these films. Mind you, what do I know? I had a boxer dog once, I called it “Cujo” even though it wasn’t a St. Bernard OR rabid. I should really have called it "Fcking Cretin" since it kept trying to eat the garden fence. I certainly referred to it as “F*cking Cretin” more than once.[/size] 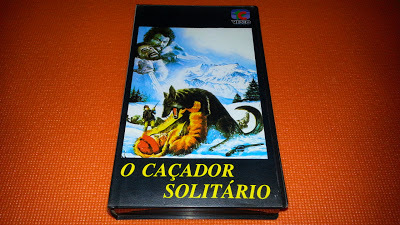 I don’t want to speak about the scenario but the music was very nice :

Hi Nuno, does it comes a portuguese dub or captioned only?