What is the influence of Italian genre movies in your country?

I don’t know if this has been discussed before. I am very curious about what people in other countries think about Italian genre movies. I am from China. Things are quite different in China. Zorro is probably one of the most famous Italian genre films for Chinese people.

Here in the U.S., unless you are talking to a serious movie fan, no one really knows much about the Italian genre. A great deal of people don’t even know what a spaghetti western actually is though they have typically heard the term. I can’t tell you how often someone, once they find out I know something about them, has asked me what constitutes a spaghetti western. They typically know the Dollars Trilogy but have no idea they are Italian films. On the rare occasion I meet up with someone that does know about Italian cinema it is like finding a long lost relative (except for a Canadian man I met at a gas station in LeRoy, Illinois who dared to disparage the name of Peter Lee Lawrence).

I do think there is a bit more curiosity about the genre though since Tarantino has been so open about his love of Italian cinema.

Obviously, I can’t speak for the entire country and what others have encountered. I am just speaking from my own personal experiences.

I would agree with LankyGringo about westerns however. This genre is a lot less mainstream. But I would say Italian genre cinema in general is breaking through to a wider audience these days amongst young cineastes. My youngest daughter has friends from Uni who often mention Italian genre films they have just discovered. To which she usually says “Oh yeah, my Dad has that.”

In Sweden here, of course it is hard to say and any remark I make will most likely be highly anecdotal.

But I would probably echo what Brian and Phil just said ^^
Most seem to be unaware of what a “spaghetti western” is, and although familiar with the dollar trilogy, might not know that they are Italian films.

I do find it much easier to find those who have ventured into the more obscure/horror genre of Italian film.
I work in the videogame industry, and among them films like Suspiria and Tenebrae are more likely to be recognized than any spag outside of the dollar trilogy.

Could also be that the “Cowboy” has fallen out of vogue amongst the younger crowd.

I was out a couple of weeks ago with a younger guy in his…lets just say early 20’s and leave it at that…
At some point I mentioned Eastwood, and the guy looked at me with a puzzled face and asked completely straight:
“What’s an Eastwood?”
(…not WHo?,What’s?! Like it’s a little village in eastern England >.<)
At the end of the evening he went
"So, wanna head back to your place?
Me: “…No”

My younger sister recently quipped:
“Furries are cooler than Cowboys”
Which I gotta admit, hurts abit xD But depending on what crowd you spend time with (especially online) and how old they are, she might be right.

So my conclusion is, thank god for this place!

It’s lovely to have a little corner of the internet where I can go
“Isn’t Ennio Morricone lovely”
and it won’t be met with “What’s an Ennio?”

… I do like the ‘What’s an Eastwood?’ story LOL

I gave up years ago attempting to explain what’s the difference between a Spaghetti Western and an American … once you see that glazed look in their eyes, it’s time to abort

In my experience it’s not just genre film which ‘Joe Public’ is ignorant/unaware of … a few years ago I was speaking to a group of 3rd level English literature students, who seemed to be trying to outdo each other by name dropping authors and what they had just read or discovered literary wise … they also would occasionally name drop film directors, who they clearly knew nothing of, but were just recycling what they’d read from the University film pamphlet … anyway, I thought I’d chip in and ask had anyone seen ‘On the Waterfront’ … no takers, ‘Who’s in it?’ , they asked, ‘Marlon Brando’, I replied … still nothing, blank faces … he’s in ‘The Godfather’, I said. Someone chirped up that they thought the name sounded familiar, but they weren’t sure (classic bluffer noise!) I find it quite shocking that 20 year old students, some doing their masters degree wouldn’t even have this level of basic general knowledge, … so as for Italian genre movies, forget about it!

I do like the ‘What’s an Eastwood?’ story LOL

happy my dating pain can bring you joy

Not joy, exactly … I just imagined the guy asking the question in a perfect ‘Clint’ voice, with that raised eyebrow and confused look he does 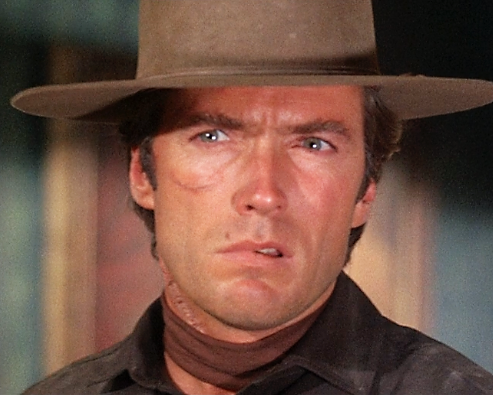 I can’t speak for my country either. Most of my friends don’t know anything about spaghetti westerns. For a Few Dollars More is probably the biggest spaghetti western in China. I mean there is really no contest. There is more love for poliziotteschi classics. Confessions of a Police Captain and Silent Action are loved by fans. It’s a bit unfortunate that giallo films did not attract much attention. One on Top of the Other and Murder-Rock: Dancing Death didn’t receive any warm welcome. Italian Zorro films are successful. Zorro, Rider of Vengeance and Who’s Afraid of Zorro have quite a following. There are many successful Marcaroni Combat films. The Inglorious Bastards and Eagles Over London are taking care of that front. It’s surprising that many fans enjoy Palermo-Milano Solo Andata. It’s also surprising that Devilfish is considered as a classic in China. I know people that really like this movie.

I guess some young people are used to watching modern cape movies. It’s a bit hard for them to step out of their comfort zones.

Sure that is true … but to me, cinema has nosedived in quality over the past few decades, so I wonder if I’d been born only 20 years ago, would I be interested in movies at all ? There are so few great films around today that might inspire a novice to become fascinated or near obsessed, as I did from an early age. Perhaps I’d be so busy checking my Facebook status that I wouldn’t have time to watch an entire film ???

Maybe you’d become a director. You’d pay homage to spaghetti westerns with your own version of 800 Bullets.

I reckon some people are just born for cinema, so there is probably no need to worry.

There are so few great films around today that might inspire a novice to become fascinated or near obsessed, as I did from an early age. Perhaps I’d be so busy checking my Facebook status that I wouldn’t have time to watch an entire film ???

I will turn 20 this February and have been intrigued by westerns, older films in general as well as other film/novel/comic book genres for a decade. But I was of course a very off-beat child (and remain a very off-beat teenager)

Concerning the topic though, I wouldn’t be quite as pessimistic as Jenny concerning spaghetti western popularity over here in Sweden. While the general common knowledge of many people my age is harrowing, I think I have enough of empiric ground to say that young fellow you hung out with is speaking more for himself than the general young population. For what it’s worth, I would dare say that the very vast majority of my classmates in the gymnasium i arrended would at least recognize the name Clint Eastwood regardless of their awareness of the Dollars Trilogy, and i know one who was at least well aware of all Leone’s westerns (again, i attended the aestethic profile, so their represntativeness might not be acute).

I do agree, however, that one will easily have more luck finding others who are aware of Dario Argento and Mario Bava, or even Done eurocrime directors, than Corbucci and Sollima. I think you might say that the mainstream SW Canon consist of the Dollars films and Trinity (although OUATITW is of course well revered among cineasts and western fans). My father, for instance, was long skeptical towards the genre, as he thought all SW:s were like the Trinity movies until a viewing of the entire Vengeance Trails box set on my initiative showed hin otherwise (watching Bandidos and And God Said to Cain in a row blew him away completely).

That is not to say the Dollars Trilogy doesn’t enjoy cult popularity in Sweden. I heard a guy just three years older than me being askes about film recommendations, and he cited GBU and FAFDM as his favorite films. That’s among those small details in loge that make you feel hope. Such people are still of course not necessarily familiar with other SW:s, but the are (obviously) the main targets for introduction to the broader genre.

Who would have thought John Baxter only 20 years old! … it’s an interesting avatar to choose from the 100s of more obvious ‘cooler’ characters - Thanks for your thoughts, JB

Just to add that influence doesn’t hinge on whether people are actively aware of it. Italian cinema has a huge influence on many filmmakers but their audiences may not be aware of it.

Who would have thought John Baxter only 20 years old! … it’s an interesting avatar to choose from the 100s of more obvious ‘cooler’ characters - Thanks for your thoughts, JB

Firstly; Great Thanks yourself for your appreciation!

Second; As for my nome de plume, I actually find John Baxter to be a quite cool character. A bit poorly dubbed, yes, but it’s not Wolfgang Luckshy’s fault. On the contrary, he portrays the character charismatically, corrupted but still with that sense of reasonable authority from more American-style westerns. It’s a shame really that he did not appear in more SW:s. Moreover, I thought it was an adequate avatar because he’s in a Dollar film, and would thus be recognizable to everybody on the board from newcomers trough the completists, yet plays such a small role that nobody would have thought of the username. Being the precocious young man I am, I’m also not too much into “cooler” (read: bearded and macho-style) characters, at least I can’t quite identify with them.

I would like to add that I am a Facebook user (but that’s it), which doesn’t contradict with my other interests.

I chose mine because I look exactly like James Coburn LOL … not that I model myself after him, but I have been told this quite a few times

I was starting to believe that you just happened to be called aldo!

I suppose in the cyber world, I am aldo, with a small A, in deference to my SW hero 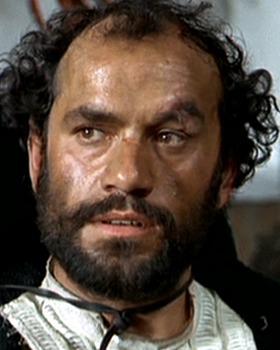