THE SHOOTING and RIDE IN THE WHIRLWIND (both 1965)

I’m trying to ascertain theatrical release dates for RIDE IN THE WHIRLWIND and THE SHOOTING.

Does anyone remember seeing either film in a theater in the 1960s?

The imdb is no help. It lists 18 March 1965 for RIDE IN THE WHIRLWIND which is ridiculous because the film was still in pre-production at that time. Later dates are posted, but the original 1960s dates are not. I vaguely remember seeing ad-mats for both films in newspapers in the late 1960s. I distinctly remember seeing both films as a double-feature in the NYC - Long Island area in mid-1971, after Jack Nicholson won the Academy Award for Best Actor for FIVE EASY PIECES (1970). The double-feature was reviewed in the papers at that time, in Cue Magazine and Newsday and elsewhere.

According to director Monte Hellman’s commentaries, RIDE IN THE WHIRLWIND and THE SHOOTING were financed by Roger Corman and produced back-to-back in early 1965. He says the screenplays were written in January and early February. Jack Nicholson wrote RIDE IN THE WHIRLWIND while Carolyn Eastman, under the pseudonym of Adrien Joyce, wrote THE SHOOTING. According to Hellman, the films entered pre-production in mid-February. Principle photography was in April and May on location in Pyrea, Kanab and Moab, Utah. Hellman remembers specifically THE SHOOTING started principle photography April 18, followed by RIDE IN THE WHIRLWIND. Then back to L.A. for post and editing which had to be completed june 21. The budget was $150,000, or $75,000 each. In other words, two movies for the price of one on the Roger Corman paradigm.

In his commentaries, Hellman says that neither film got a theatrical release because Roger Corman sold them to Walter Reed-Sterling who put them into a TV package. He does not mention when the films were broadcast for the first time, nor does the imdb. But I know they had theatrical screenings in the 1960s because I remember seeing the advertising. Hellman remembers THE SHOOTING premiered at the Montreal Film Festival, but he doesn’t say when. He says THE SHOOTING ran in Paris for a year (imdb says 1968) and RIDE IN THE WHIRLWIND for six months, but again, he doesn’t say when specifically. He says that after Jack Nicholson became a bankable star (which suggests after EASY RIDER (1969) or after FIVE EASY PIECES (1970)), that he bought the USA theatrical and foreign rights to both films and facilitated a theatrical release. No doubt that is the release I remember from mid-1971. Here are the posters: 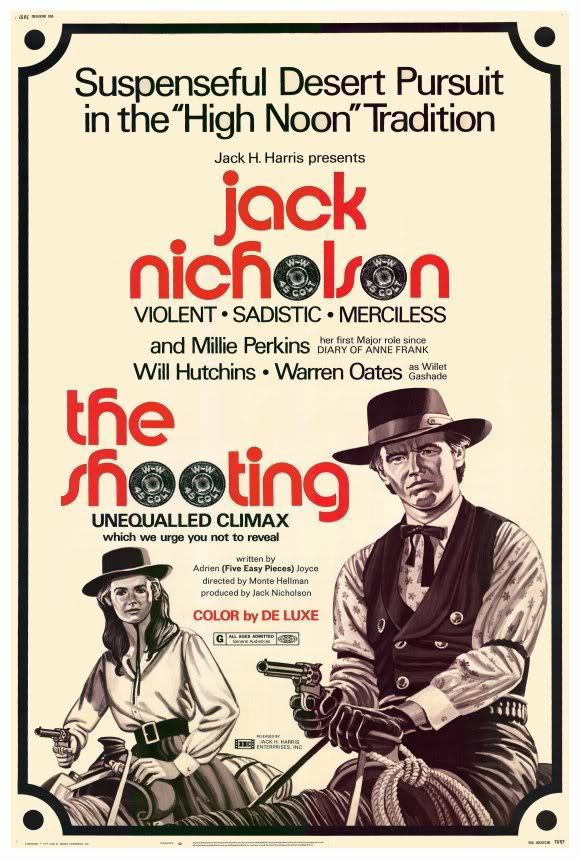 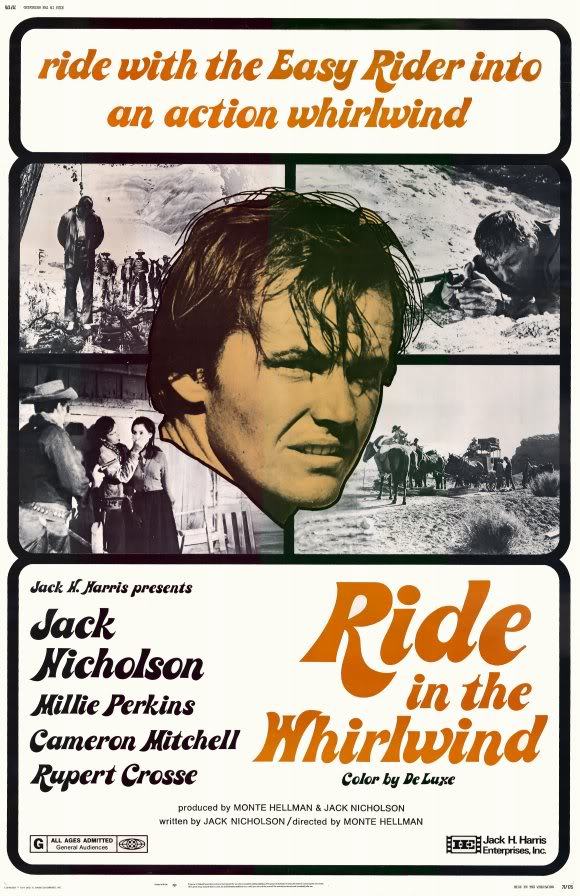 imdb doesn’t mention Jack H. Harris as a distributor nor does it mention a 1971 theatrical release. I’m sure some of you are old enough to have seen the films at that time, but I would like to hear from anyone who saw them earlier, in the 1960s.

RIDE IN THE WHIRLWIND and THE SHOOTING proliferate in cheap, poor-quality public-domain DVDs, which is puzzling because both films are in copyright. The films were restored in 2000 and screened by the American Cinematheque at the Egyptian Theater in Hollywood, with the director and stars in attendance. VCI released the only authorized editions in October 2000. Clean, sharp, anamorphic transfers at 1.85-1. Commentaries by Monte Hellman and star Millie Perkins. The cover art states 1966 as release dates which seems right, although the imdb doesn’t list 1966. Both VCI editions are out-of-print now and pricey, but worth every penny: 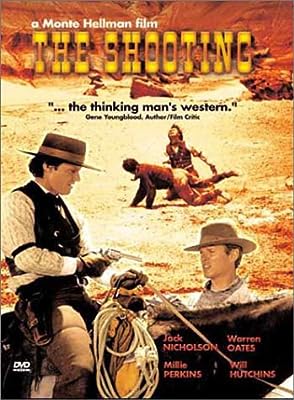 The cover art doesn’t match the VCI edition, but this is the correct link for it: 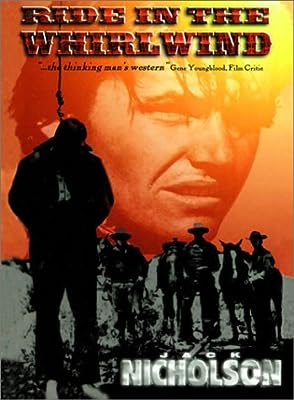 When asked if RIDE IN THE WHIRLWIND and THE SHOOTING would be re-issued on DVD, Hellman said that Criterion had bought the rights and would bring both films back into print. That was several years ago, and not a word from Criterion. Perhaps they’ve abandoned the idea.

It also said that the budget was 150,000 dollars and that Nicholson wrote one of them

They were released as ‘second-billed’ Drive-In installments to whatever main-feature was playing, mostly. I can barely remember the newspaper ads. I think Van Cleef was already in Europe by then, but Scott Brady or Jim Davis westerns were in the same niche. I don’t think I heard about Hellman till Two-Lane Blacktop.