When I saw TRUE GRIT people actually walked out because they got fed up of Bridge’s drawl…it is funny too me because of my local Yorkshire accent which is sometimes incomprehensible to me!
A man marched past me muttering,
“A cant understant a bloody werd ee’s sayin’.”

As far as movies about O.K. Corral Gunfight go, this is a weird and bold one, not because the story is told from prespective of Doc Holliday, rather it feels like this one is trying to deconstruct the way event was told and characters were portrayed in prior adaptations.

You can find some story elements that are straight-up big time reminiscent of John Ford’s My Darling Clementine in it’s unclean romance between Doc and the prostitute he picks up on the way to Tombstone. And it also gets gritty actions of John Struges 1957 verison and even very modern feel of George P. Cosmatos’s Tombstone. Together all of them are packed into a package and deliver to audiences, while also staying true to the vein of revisionist westerns and frame old wild west as morally decaying place, Wyatt Earp as a person who in his pursue of lawfulness becomes as corrupt as the Clantons, and Doc as someone who is already fed up with violence and unluckily caught up in the affair. The last gunfight is not glamourious or badass, it is depicted as the battle for survival between the last two breeds of dying species. A little talky and can be boring at times, but wholly interesting. 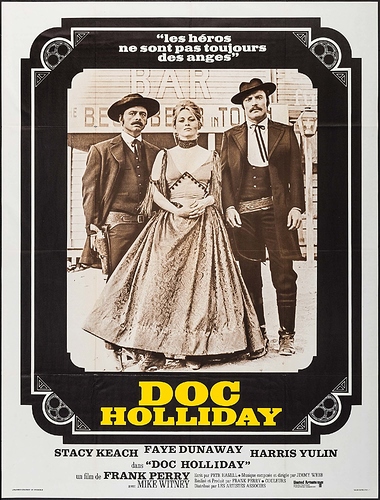 Forgotten Pistolero…one of the first SWs I saw years ago and still an enjoyable watch. The score is pretty decent too…