Finally saw Overlord. Quite entertaining. Like if George A. Romero remade Inglourious Basterds on a JJ Abrams budget

Had a Petri fix over the weekend.
I love this guy’s films.

Directed by Elio Petri. With Ugo Tognazzi, Flavio Bucci, Daria Nicolodi, Mario Scaccia. A bank cashier, who's allergic to banknotes, quits his job after an armed robbery. He decides to start a new life, as a thief. He starts by targeting a popular...

The third Die Hard, a thrill ride from start to finish, or nearly so: the ending is major let-down. It’s actually such an anti-climax that you wonder what they were thinking of. Did they completely run out of ideas? Well, maybe. The original, more intruiging ending was rejected by the studio because it presented John McClane as a man who could kill, not only to save lives, but also for the pleasure of taking revenge (apparently the ‚vengeance’ in the title was meant as a reference to Willis’ character, not to Jeremy Irons’ madman). Not even remotely believable, but good fun, with Willes and Samuel S. Jackson as a pair of ordinary supermen who almost destroy Manhatten in order to stop Irons from blowing it up!

Watching Bergman’s movies is a phase in most moviegoers lives, so yes, I had my Bergman period as a student as well. Some of his movies - notably Wild Strawberries - are still among my favorites, but this one is a bit hard to stomach (and no, not just because of the unpleasant subject matter). It’s of course meticulously filmed, and the story material about the loss of faith, revenge, redemption, penance and innocence versus guilt is interesting, but Bergman’s theatrical approach (no doubt intentional), with an austere, stagey choreography prevented me from really getting into it.

I recently re-read the book, so also went back to the movie. Hanson and his screenwriters brought back the labyrinth of plotlines from Ellroy’s novel to more accessible levels, but the story about three mismatched detectives who are forced to co-operate while investigating a complex murder case, remains quite intricate. I watched it in the company of somebody who had not seen it before (and was also unfamiliar with the source novel) and she repeatedly complained that she didn’t understand what was going on. Anyway, it’s a movie that thrives on the interplay of a unusually good cast. Crowe, Pearce and even Spacey (an actor I usually do not like) are very good and some supporting actors (Cromwell, De Vito) are great as well. However I didn’t understand why everybody was so excited about Basinger. Not a masterpiece, a little overrated maybe, but still an enjoyable film.

A throwaway script (basically using elements from Lethal Weapon and Beverly Hills Cop) is used as a showcase for the comedic talents of Will Smith and Martin Lawrence, who reportedly improvised large parts of their scenes and lines. Director Bay almost ruins the affair with neverending car chases and too many explosions, but Smith and Lawrence have a lot of chemistry as the unlikely pair of detectives, one (Smith) a bachelor and a Casanova, the other a family man. Loud, foul-mouthed, with none of the story elements making any sense (why keeping up this circus of the identity switch? Why not telling the key-witness who is who?), but nevertheless entertaining (if you can stand the noise). And if you don’t like those two boys, you can always watch the movie for Tea Leone, that one girl on two legs.

An adventure movie, aimed at younger audiences, based on the book of the same name from 1962 by Tonke Dragt, in 2005 chosen by both critics and readers as the best Dutch youth novel of the past 50 years. Entire generations have lived with the hero, Tiuri son of Tiuri, a 16-year old boy - soon to be a knight - who is asked, by a dying knight, to deliver a letter to the king of a neighbouring country. It was a co-production with Germany and therefore boasting a fairly high budget. Not as good as the book, but elegantly filmed, on beautiful locations in Germany, Luxemburg and Holland, and well-acted. Surprisingly (for a Dutch movie) even the action scenes look good.

A fascinating adaptation of Truman Capote’s famous novel of the same name. Capote called his work the first faction novel. As a literary novel about a crime, it’s probably only second to Dostoïevski’s Crime & Punishment. Shot in black and white, and told in non-linear style, Brooks version is a perfect companion piece to the book. Both actors, Robert Blake and Scott Wilson, are perfectly cast as the couple of misfits who probably wouldn’t have committed the murders if they had been on their own, but became lethal when acting together. Sometimes a bit painful to watch, but worth the effort to endure the uncomfortable feelings it raises.

The third Die Hard, a thrill ride from start to finish, or nearly so: the ending is major let-down. It’s actually such an anti-climax that you wonder what they were thinking of. Did they completely run out of ideas? Well, maybe. The original, more intruiging ending was rejected by the studio because it presented John McClane as a man who could kill, not only to save lives, but also for the pleasure of taking revenge (apparently the ‚vengeance’ in the title was meant as a reference to Willis’ character, not to Jeremy Irons’ madman). Not even remotely believable, but good fun, with Willes and Samuel S. Jackson as a pair of ordinary supermen who almost destroy Manhatten in order to stop Irons from blowing it up!

Only 3 stars? Come on. It is one of the best action movies of 90s and levels above every later DH (ok no wonder here). While part 1 and part 2 are very similar in their mood this one is clearly set apart from them. The ending was weak, that is true, yet the rest is extremely enjoyable and the 90s atmosphere is priceless.

Watch the movie and you know why. But yes, I hesitated a while between four and a half and five stars.

Three is ‘good’ in my 5 star rating system. it’s a good movie, enjoyable as you say (I considered three and a half stars, but that ending cost the movie half a star), but I think the first one was better. It’s of course a lot better than the fitfth (which was downright bad). I don’t remember the fourth very well (which is not a good sign btw)

I recently rewatched it, it’s not bad. I bet you don’t remember fifth one at all.

It’s nice to see how much Wes Craven’s Last House on the Left inspired Bergman to make this.

I guess you’re joking, because it’s the other way round

I’m too intrigued by what he meant by that.

I’ve been watching a lot of classic Hammer Studios films as I always do this time of year. I watched The Pirates of Blood River (1963) tonight and didn’t find it all that good. Even having Christopher Lee and Oliver Reed in it didn’t save it for me. I preferred The Sword of Sherwood Forest (1960) that I watched last night.

I guess you’re joking, because it’s the other way round

Enjoyed a bit of Melville with the wife last night.

Watched “Mr Holmes” over the weekend.
Nice movie without all the overwhelming CGI. Just a movie that at a queit manner takes you along the story of an ageing Sherlock Holes who has problems with his memory…
It made me listen to the soundtracks of Carter Burwell. I only knew him from the True Grit soundtrack which I enjoy very much. I appreciated what I heard from him and that makes me curious to the other movies he scored so the watch-list gets longer and longer… 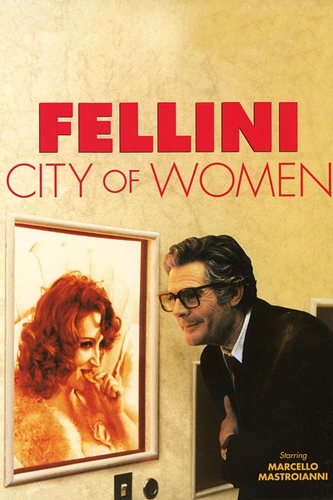 Have been through some Fellini’s movies and here are the results:

Boccaccio 70 - 80% - Giant Anita Ekberg roaming the streets, who would resist.

La Dolce Vita - 70% - Everyone watches this because of Lex Barker, no doubt.

City Of Women - 100% So far the best, dream sequences in the third act are amazing.

Voice Of The Moon - 60% A bit boring, chaotic and all over the place, basically I have no idea what it was all about, but still contains few interesting scenes.

Casanova - 80% - How to depict tempestuous seaway without any water involved? Brilliant.