Capra’s Mr Smith is still a very good watch which after the other films by this director I’ve watched over the past few weeks comes as no surprise. The fact that The Good Earth was also still so engaging despite the questionable casting of the lead characters was much more of a surprise. It does look very wrong to have the main actors playing Chinese but the quality of the stars in question (Paul Muni and Louise Ranier) somehow make it work despite of everything. And after all the black and white I’ve watched since starting my 1930s binge the blast of technicolor from Disney’s Snow White was practically psychedelic.

Recently, the current world situation (Putin, the war in Ukraine, you know…) made me think of Robert Harris’ counterfactual thriller novel Fatherland. Set in 1964 Berlin, it depicts a world where Germany won the Second World War. I recall cycling down to the city library each afternoon to sit there in an armchair and read it for an hour when I was fourteen, truly fascinated by this alternate world. I just wish I could recommend the 1994 HBO film adaption, which I watched this week, as much. Not that it’s quite as bad as Harris himself thinks. It just fails to recapture the haunting, noir-esque feel of the book.

Rutger Hauer and Miranda Richardson stars as Kripo detective Xavier March and American journalist Charlotte Maguire, respectively, and they’re good in it. The rest of the cast is OK, but I really think it would have been much better if they’d used German-speaking actors instead. The soundtrack is OK as well but doesn’t really lift anything (for some reason, I always had Morricones Al Capone Theme from The Untouchables in my mind while reading the novel).

The first and most annoying problem is that they’ve completely changed the circumstances which allowed the germans to prevail in the war, which really hurts the believability. In the book, they win because Reinhard Heydrich survived and planned Operation Blau better, but since this is an American-produced film, of course they’ve changed it so that the Allies lost because D-day failed (anyone with the slightest interest in history knows that Hitler and c:o were beyond rescue by June 1944). The change to a less verbal medium takes away much of the world building, and many of those parts which made it to the film are presented trough rather awkward dialogue. Because of that it mostly degenerates to a mediocre TV cop film. The BIG movie killer, however, is the last third or so, which has virtually nothing in common with the novel and feels very strained. It’s all quite a shame this film turned out like it did as it could have been much better if it had been a feature film with a better script and director. At least it made me want to revisit the novel.

Speaking of alternate (or hypothetical) worlds… watched Netflix’ new BLACK CRAB (Svart Crabba) last night and kinda liked it. Some moments are even amazing, even though the movie makes a bunch of mistakes that land it a bit on the B category. Fascinating how the movie works without a word about who the invaders are (who would invade Sweden I wonder…)… worth watching, but no masterpiece

An entertaining double-bill on Sunday…A classic epic, and a classic horror.
’Gandhi’ (1982), directed by Sir Richard Attenborough, is celebrating its 40th anniversary this year; whilst ‘Werewolf’ is now 41 years old. 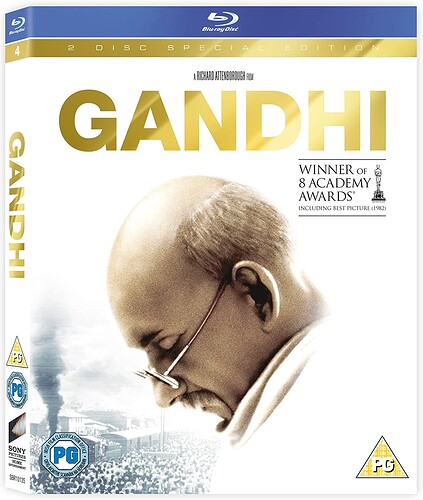 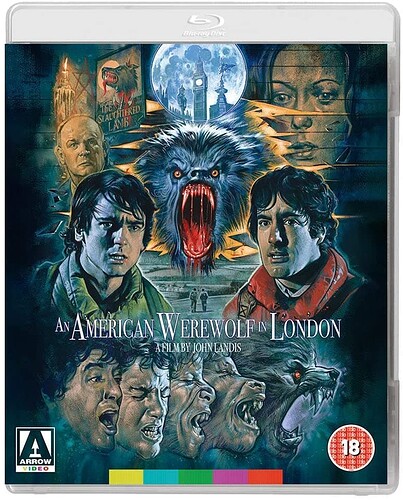 Jeepers! … I saw this at the cinema and wondered for a moment which werewolf film you could be referring to … 41, good lord!

Jeepers! … I saw this at the cinema and wondered for a moment which werewolf film you could be referring to … 41, good lord!

"Time sure flies…it’s already past twelve…"

The idea of a junkie turned government assassin sounded right up my alley so I watched Point of No Return tonight. Had a good time with it. Funnily enough, I thought the film was copying Pulp Fiction when they had Harvey Keitel play a cleaner but it turns out this one came out first. 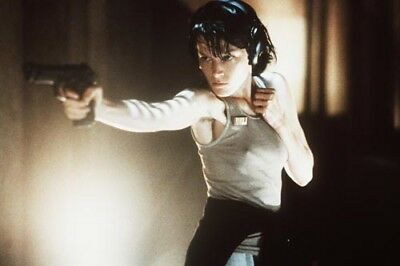 Still on that 30’s kick, Phil? Some great films right there.

I am @Dean .
Watching films from 1939 currently. Then will have a palate cleanser before I start in on the 40s

A double-bill of Hammer Horror…Bloody marvellous… 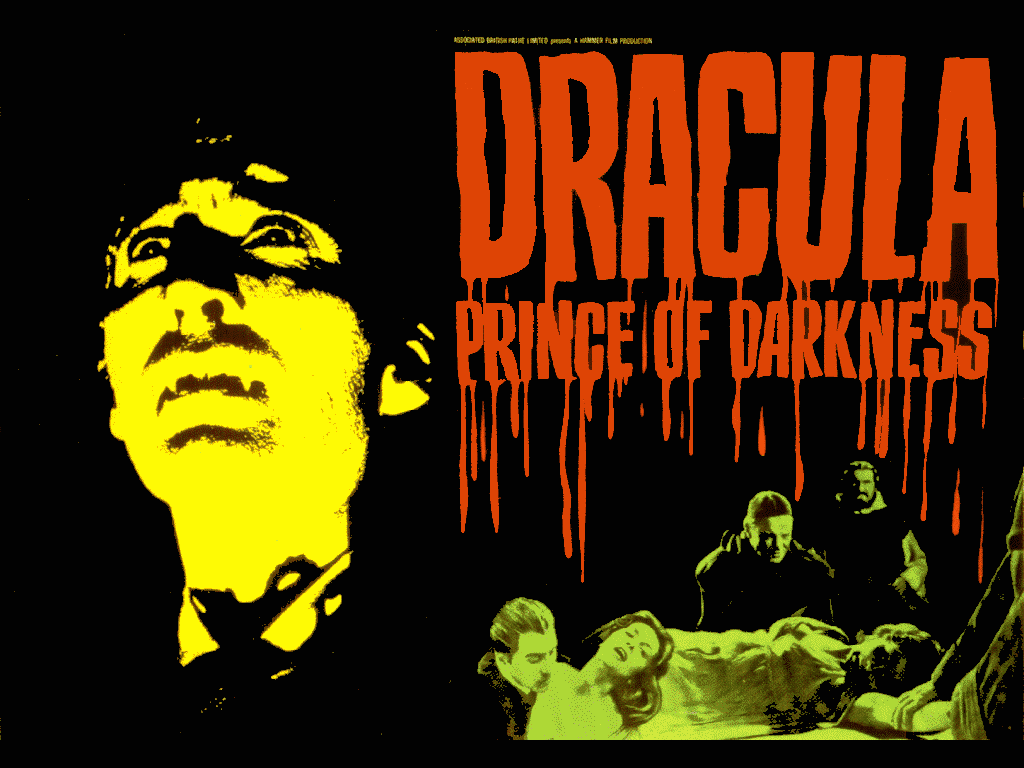 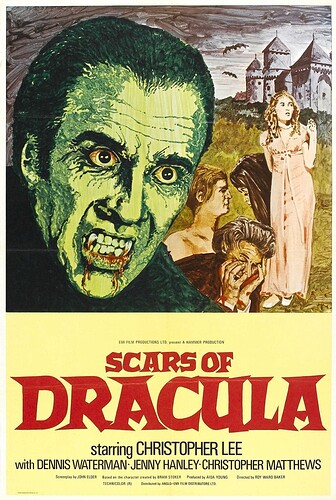 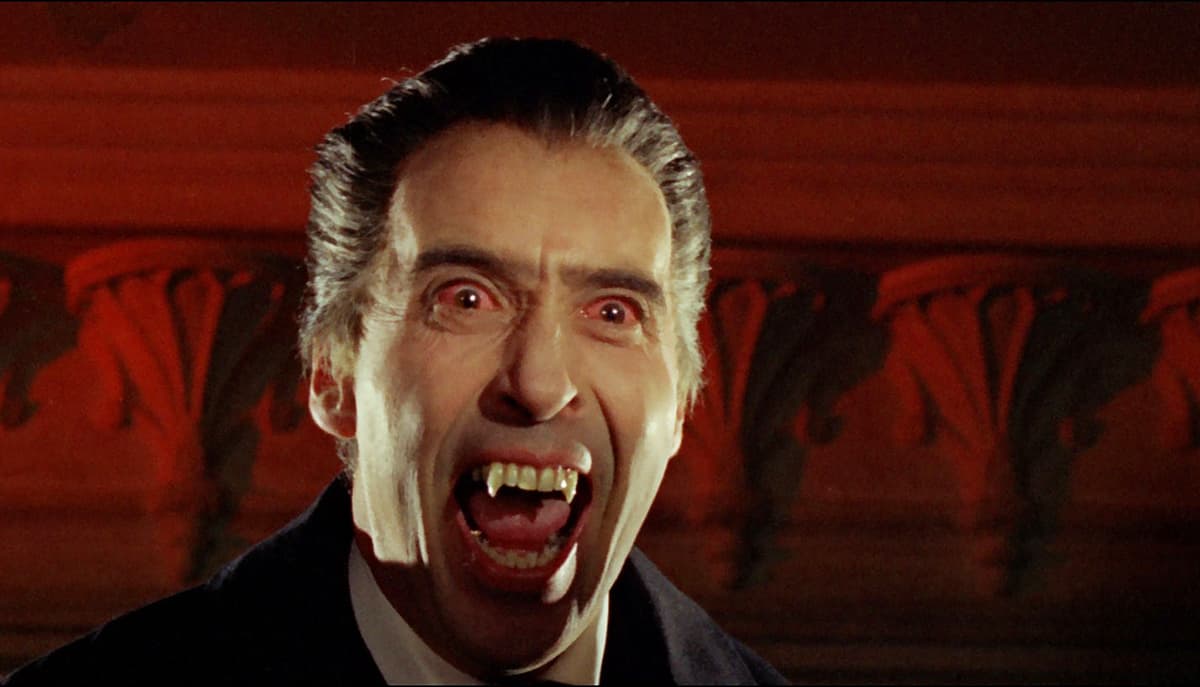 You can never go wrong with Christopher Lee. Scars of Dracula had potential from what I remember, but because Hammer used unfair tactics to get Lee to agree to star tainted its ability to be a favorite.

“And his hair was perfect.” - Warren Zevon

I watched this movie in honor of Wang Yu (1943-2022), the Taiwanese actor who passed away last week at the age of 79. Like Bruce Lee and David Chiang he was a part of my childhood.

In 1968 Wang Yu had become a star thanks to Chang Cheh’s The One-armed Swordsman, the first part of the classic Swordsman Trilogy. This movie clearly wants to get a piece of the pie: again Wang Yu is tortured, but instead of losing an arm, he loses his eyesight as well as the precious sword from the title, a magical sword he is entrusted with and that has protected his country against foreign invaders over the decades. Of course every villain around is trying to get his filthy hands on the sword but our noble hero will never forsake his duty, not even when his fiancée is kidnapped and half his family is slaughtered …

I noticed that The Sword of Swords is not very popular among genre aficionados. It’s slow-moving and with a running-time of 1h46 mns slightly overlong (most movies in this genre were fast and furious); the action scenes are few and far between and they lack the kinetic energy of some of the action in Cheh’s Swordsman Trilogy, but they are elegantly staged and the – extremely bloody - final battle is most certainly worth waiting for. One crucial duel set in a snowstorm is particularly well choreographed and may well have inspired Ang Lee to a similar scene in The House of the Flying Daggers.

Didn’t know Jimmy Wang Yu had passed away. Sad news. I always really liked him in these films

A couple of good ones here but a few that have not aged well too. Gone with the Wind more of an ordeal than a pleasure for sure. Son of Frankenstein enjoyable but once you’ve seen Mel Brooks’ Young Frankenstein the police inspector can only make you smile now. Especially when he shoves the darts into his wooden arm. Stagecoach stands out as the best of the bunch by far.

My wife and sister recently went to an outlet mall about an hour away. My brother-in-law and I stayed behind, grilled some steaks, and did a triple feature of Stagecoach, Red River, and The Searchers. It was the first time I had watched Stagecoach in at least ten years and I am ashamed to say that I had forgotten just how much I enjoy that film. 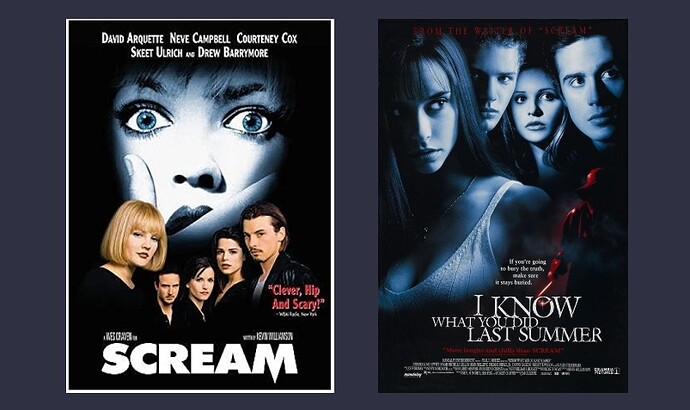 With SCREAM 5 in cinemas, I thought it was a good idea to revisit the original movie from 1996 as well as its twin movie I KNOW WHAT YOU DID LAST SUMMER

Scream was called a meta movie, a movie about movies: the characters – most of them high school students - are all diehard horror fans and never get tired of discussing movie tropes, not even when a masked killer pops up in their midst and starts killing people. It was this tongue-in-cheek approach that made the movie so successful. Made on a shoestring it made a fortune and was mainly responsible for the revival of teenage horror movies in the 1990s.

Some 25 years later the film is still very watchable. Neve Campbell remains an attractive heroine (sexy and not too stupid) and David Arquette and Courtenay Cox are great as, respectively, a plucky (but not too clever) police detective and an uppity (but resolute) journalist. However, in retrospect this postmodern, referential style – thought to be very hip at the time – feels a little goofy, needlessly eccentric. And if you thinks about it afterwards (once the identity of the killer(s) is revealed) you’ll notice that the whole thing doesn’t make much sense.

I remembered Scream quite well, but had forgotten most of this one, but that’s of course not a bad thing when rewatching a horror flic. The premise is quite simple (and quite nice): four teenagers cover up a road accident in which they killed a man. One year later they start receiving messages from somebody who says that he knows what they did last summer …

Anyway, both Scream and this movie were written by the same screenwriter, Kevin Williamson. Surprisingly, the two movies are quite different. I Know, etc. refrains from the gimmick-ridden, tongue-in-cheek, postmodern, referential style that dominated the Scream series (and most 90s horror flics), it’s more in the style of the horror movies of the previous decades, a straightforward horror flic with a mean, lean killer (a man with a hook!)

The whole thing is pretty forgettable (no wonder I forgot most of it), but it’s also pretty enjoyable, if only for the two female stars, Jennifer Love Hewitt and Sarah Michelle Geller. The latter revealed that they were asked to wear Push-up bras throughout the movie. For this reason, the movie was called I Know what your Boobs did Last Summer by some.

Conclusion: Scream is the quirkier of the two movies and also the one with the better performances, but I Know, etc. Has the better premise (at least it makes some sense) and the better title. An yes, the better boobs as well.

It was the first time I had watched Stagecoach in at least ten years and I am ashamed to say that I had forgotten just how much I enjoy that film.

That’s a very personal film to me, being the first classic western I ever saw when I borrowed it from the library when I was like 7-8. I loved it so much that I must have watched it at least 2-3 times within a month.

My favorite scene - or at least the one I recall being most amazed by as a child - is the final duel between Ringo and the bad guy (forgot his name) where you - spoiler alert - only hear a couple of shots, and then they cut to the bad guy walking back into the saloon with a laconic grin, leading the viewer to think he won… only to collapse and die from the gunshot. Now that’s brilliant direction!

Haven’t watched it since then though, maybe I should give it a rewatch?