After one of them had a terrible accident, five young snowboarders seek shelter in an abandoned hotel. Obviously they’re not alone … someone is sneaking in and around the hotel … and then one of them is attacked …

The deliberate pace of this Norwegian slasher may irritate viewers who expect blood and gore from the start, but the film is well-acted and well-directed, with the emphasis on menace rather than blood and gore. The film is book-ended by two brief (but intriguing) sequences in which it is explained how a small boy could become a killer who attacks all those who come near.

The film’s success (both at home and abroad) led to two sequels and some think the First sequel even tops the original. We’ll see.

Did it really top the original? Well, it’s not bad, especially for a sequel, but like most sequels of successful horror movies it tries to stupefy audiences by offering more of the same in a more crude and blatant way. So no, it didn’t.

Jannicka (Ingrid Bolsø Berdal), the only survivor of the First movie is taken to a hospital while the bodies of the victims and the killer are brought to the morgue, but of course the killer has somehow survived his own death. You can guess what happens next.

In the first movie the killer had been abandoned as a kid by his parents, who had left him for dead in the middle of nowhere in the snowy Norwegian wilderness: it was easy to understand how he had become the monster he was and in fact we felt a bit sorry for him. In this sequel he seems no longer human, but is instead turned into one of those murderous creatures that keep coming back.

Bolsø Berdal has the film’s best line near the end, when asked why she is pointing a riot gun at the killer, who is already dead:

“I killed him before.” 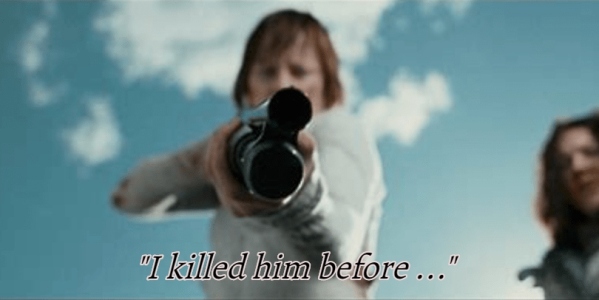 I’ve watched only the first one. Here’s what I’ve written about it in my watching diary: Solid slasher with characters who for a change make believable decision (by “solid” I mean “better than most”).

I agree with this statement, of course. I read somewhere that somebody thought they could have run away, but I don’t think it was that easy: they had started the day with five, one of them had broken his leg and int hat case it’s not that easy to run away. Furthermore it was late at night and they were in the middle of nowhere. Norway is not a country where would like to get lost late at night. So yes, I thought their decisions were believable

Learn something everyday. I didn’t know it was based on a book. 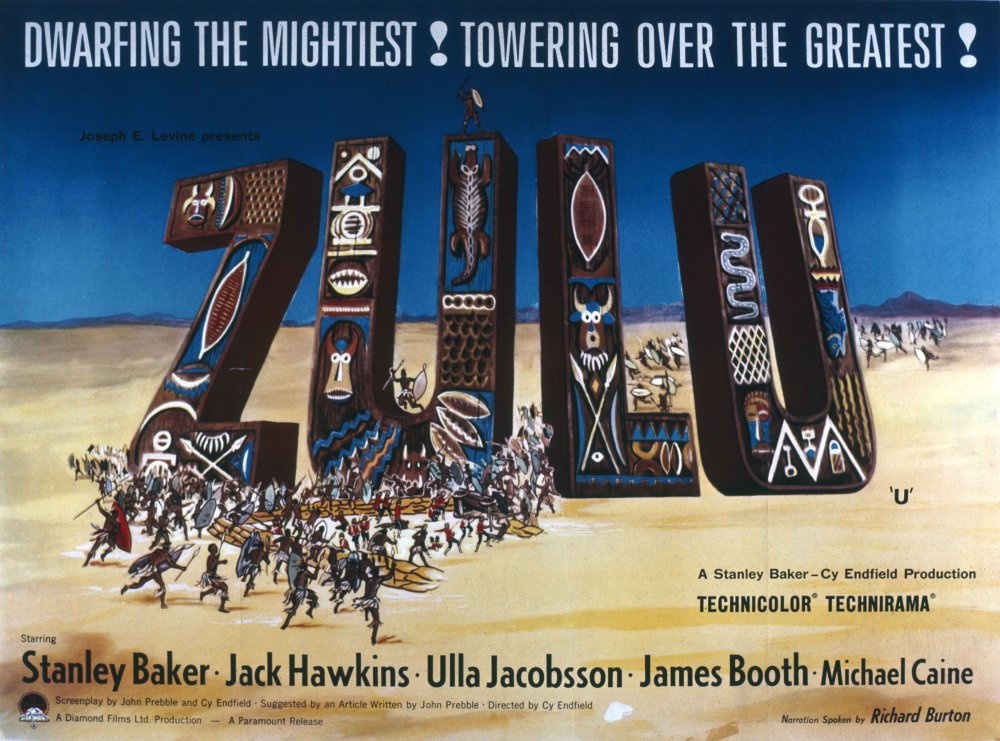 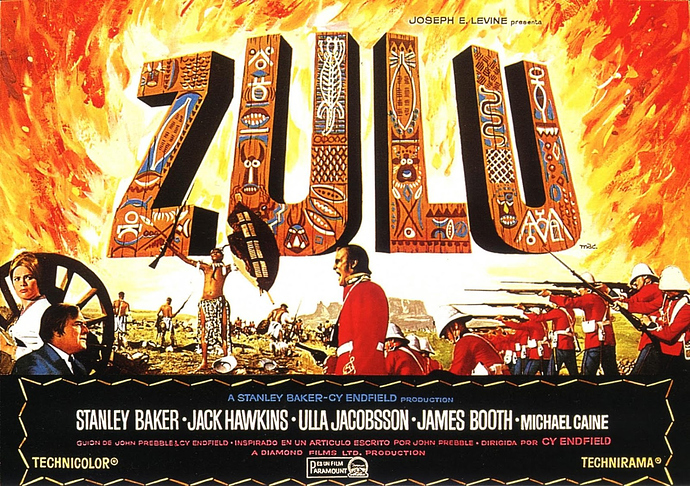 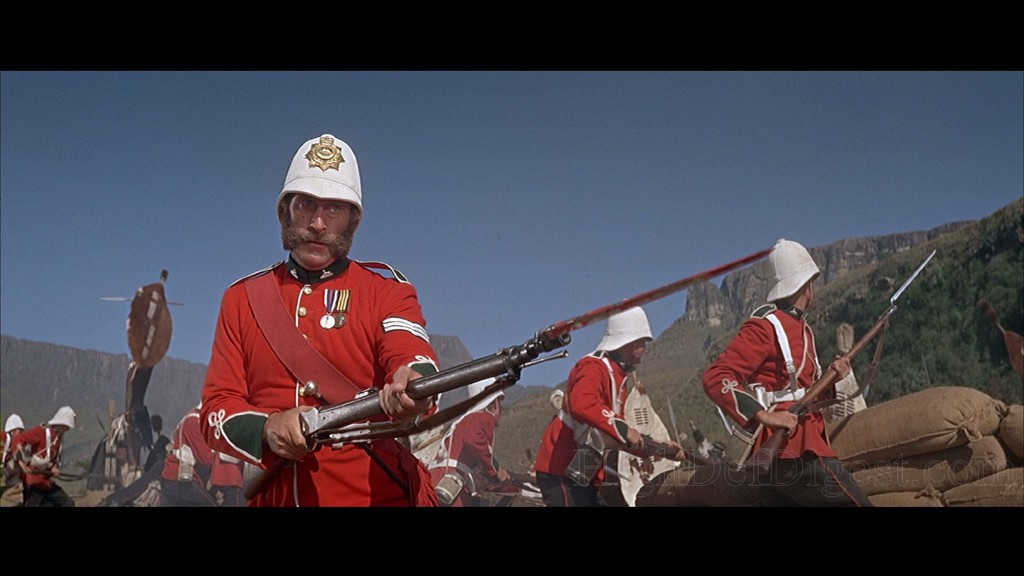 ’Dwarfing the Mightiest…Towering Over the Greatest!’… 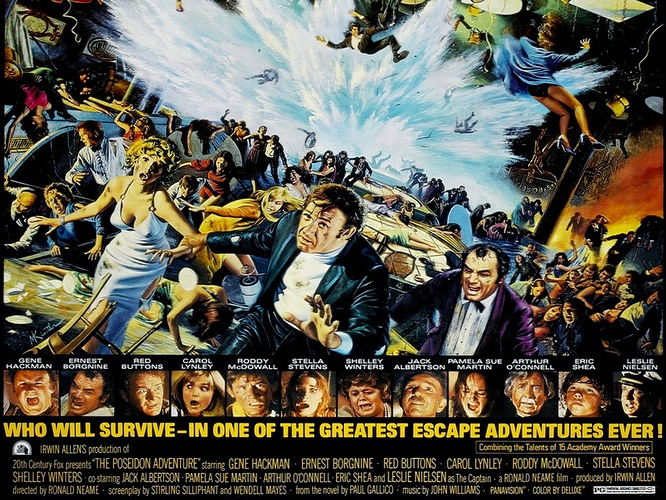 In the 1970’s, film producer, Irwin Allen, was king of the disaster movies… 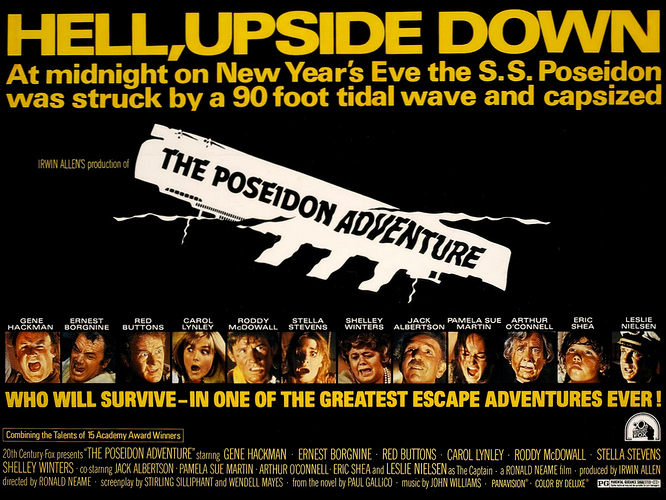 As an elder brother to 1974’s ‘The Towering Inferno’, this is Hollywood mayhem at its best; and, with a cast headed by the magnificent Gene Hackman, and Ernest Borgnine, this beauty has stood the test of time. No cgi, simply practical effects, which left the cast wondering why they had swapped their warm, cosy, dressing rooms, for water, water, everywhere… 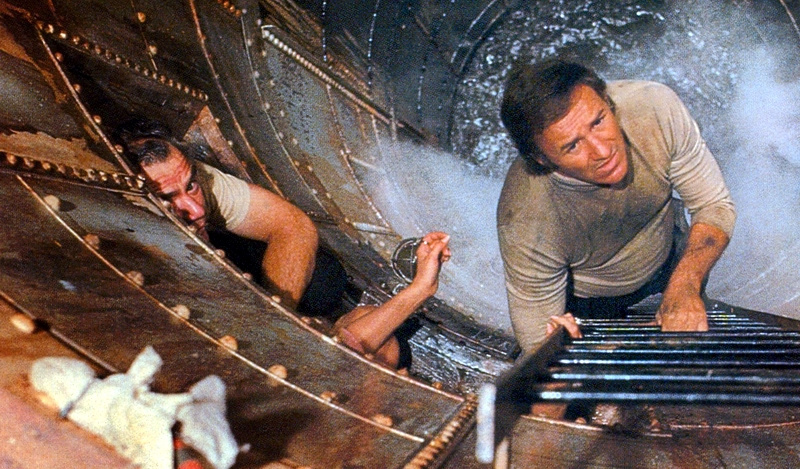 A classic, in my book… 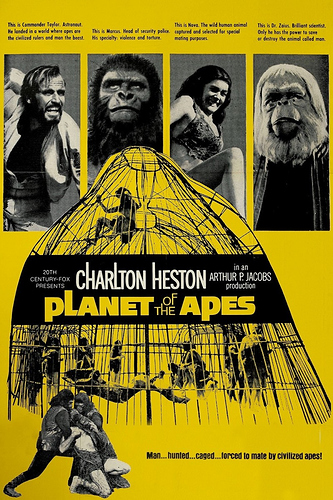 The first, the best, and the one that blew me away as a ten year-old child.
What a show-stopper! 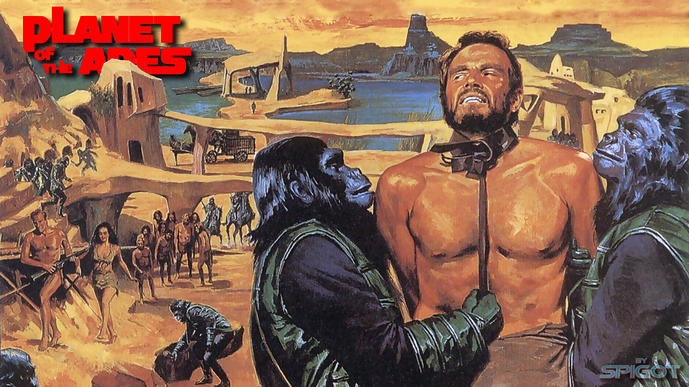 Total Recall (the original). Mrs had never seen it. Classic.

Great times to be had on SWDB. Jerry Goldsmith lived up to his name… he was GOLD!

Last 10 outside the spaghetti westerns of the last month:

I watched the ‘The devil all the Time’ the other night.

I enjoyed it. Not your run of the mill formulaic film so worth a watch. Just in case anyone thinks this is a horror, it is not. It is a rather stark and dark look at how God is used to justify many people’s justification for their actions. I would give it a 7/10

Another great example of a master filmmaker working with knowing exactly what he wanted in his mind: Police Procedural Crime Drama in the main course with social commentary on side dish. And it is a pretty tasty treat too. Visually beautiful movie that is full of artfully composed scenes and an intriguing mystery that comes alongside high level of excitements and genuine thrills. 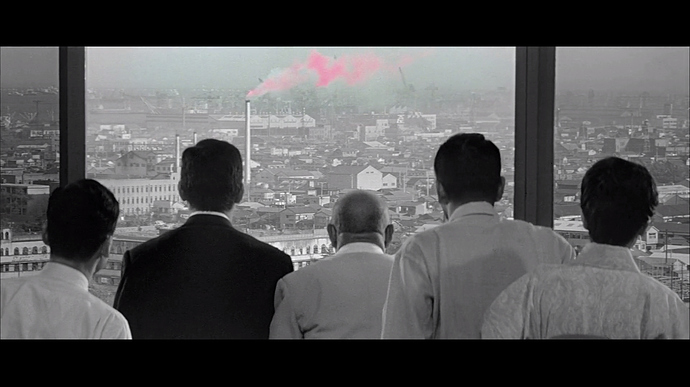 My second favorite Kurosawa film after Yojinbo (Yojimbo), one of the best master craftsman in cinema.

Watched “The Holiday” with the wife.
Christmas movie that will be soon forgotten.
One positive note was to see Eli Wallach and another the usage of Morricone music.

Absolutely timeless…Number two on my ten favourite films of all time list…
Steve McQueen is super-cool. 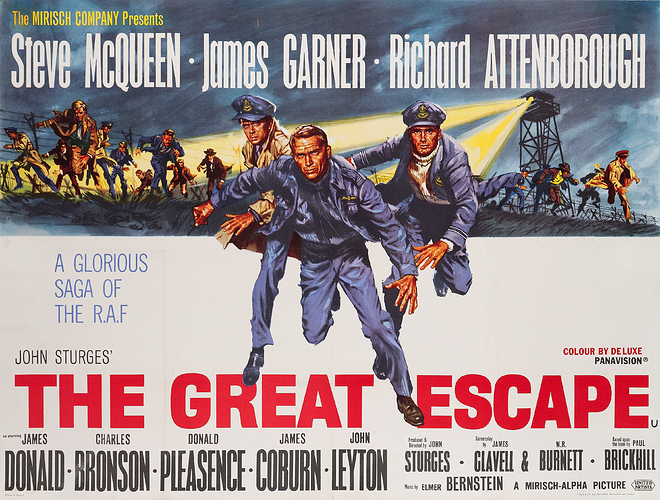 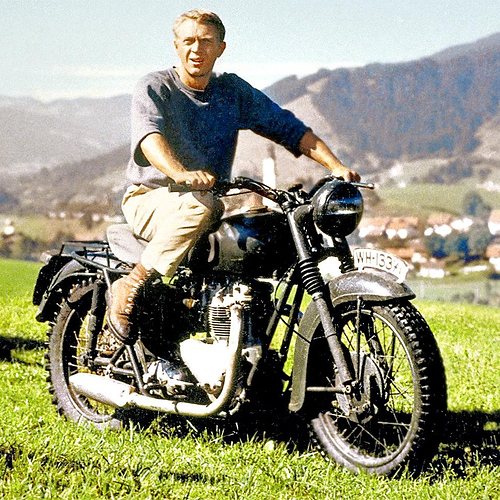 This is one of my favourite films, and it totally captivated me, when I first saw it at the cinema on its original release. 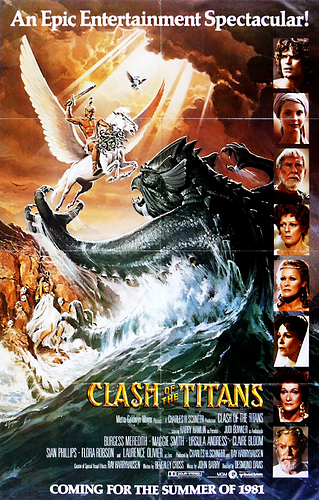 Ray Harryhausen, the undisputed ‘father’, and master of stop-motion animation, magically produced this final gem in his crown, and introduced us all to some of his finest, and most intricate creations. 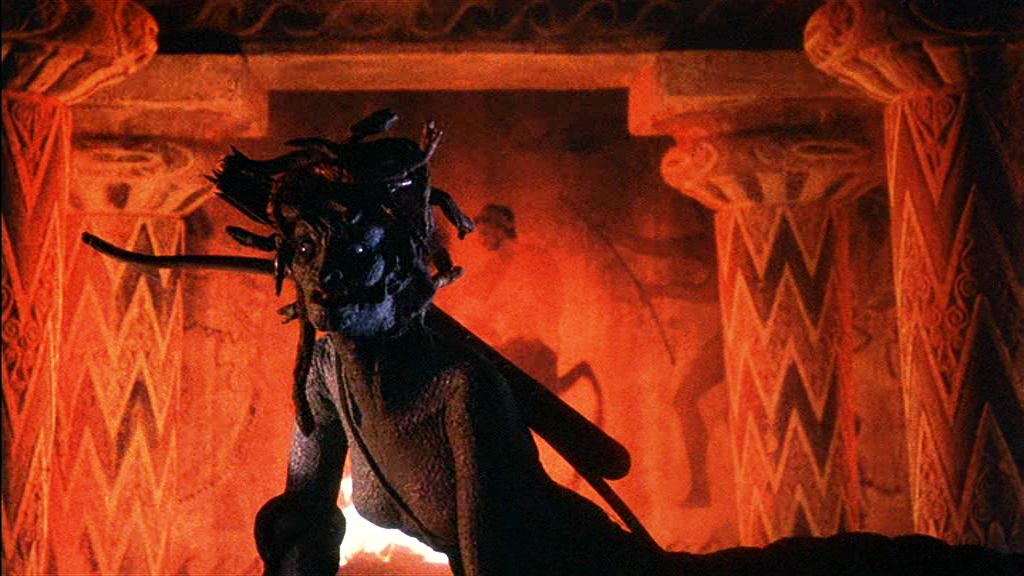 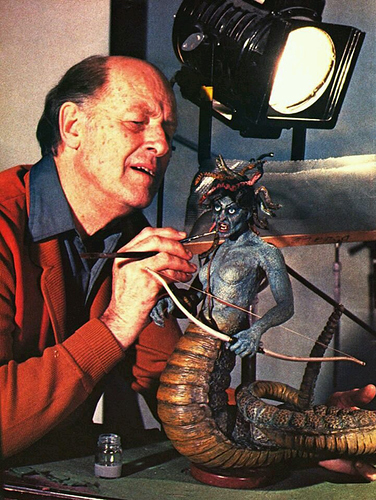 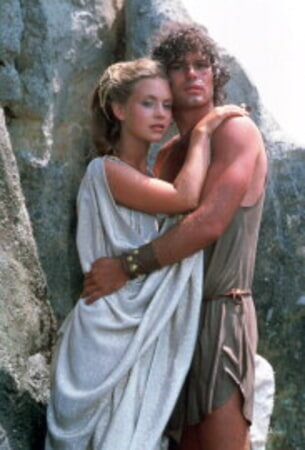 A beautiful score by Laurence Rosenthal, complimented, perfectly, the fantasy on screen. 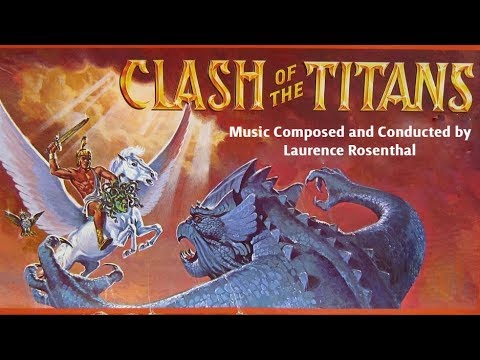 Ray’s creations were numerous, and amazing to behold…quite an achievement, considering that Sci-Fi films were beginning to reign supreme at the box-office. A trend which began with ‘Star Wars’ (1977).

In ‘Clash’, we were introduced to ‘Pegasus’, the flying horse; ‘Dioskilios’, the two-headed dog; a giant vulture; giant scorpions; the dreaded ‘Kraken’; and his piece de resistance, the ‘Medusa’, which was a master-piece of lighting, menace, and unsurpassed artistry. Magic, indeed. 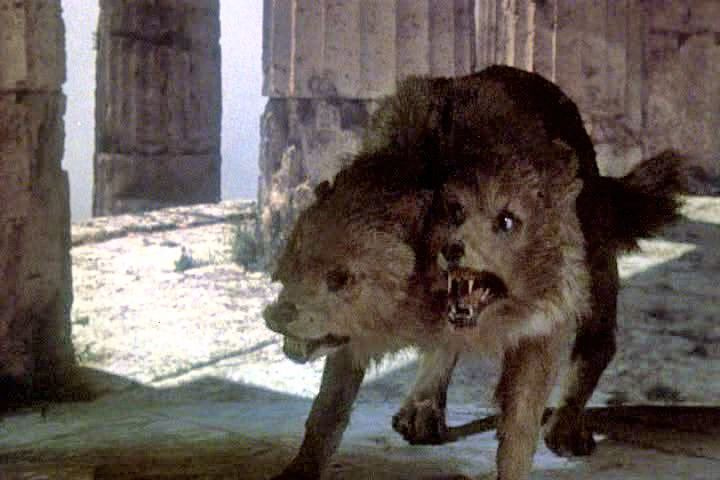 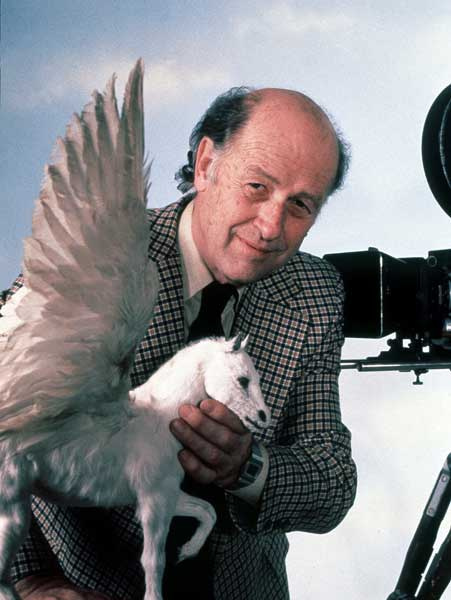 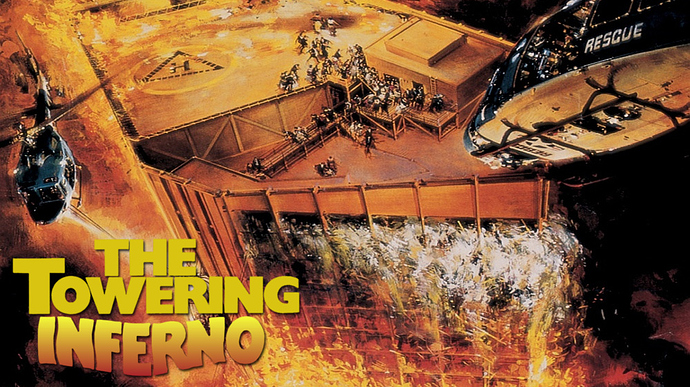