I watched this one on the Mill creek DVD from the box-set ten thousand ways to die. The picture quality is not good, but watchable. The film itself is loosely based on the novel “call of the wild” from Jack London.
Besides Jack Palance and to some extend Joan Collins the film has nothing going for it, and the town looks nothing like Dawson City.
It has a good theme song though, but it’s sung by a man and not by Joan Collins as stated in the database.
Part of the music throughout the film also sounded a lot like it was borrowed from “the Mercenario”

Pretty average. Palance is good value as the bad guy.

Pretty average. Palance is good value as the bad guy.

Sums it up for me Ennio.
I thought Palance was pretty good in this so what a shame the rest was tosh. 1/5 from me.

Haven’t seen this one yet. I’m not big fan of these Jack London films though.

The Great Adventure then, aka The Cry of the Wolf and starring Joan Collins (and in fairness to Joan she’s absolutely gorgeous AND clearly leagues above anyone else in this debacle, including Jack Palance who seems understandably disinterested). In which a German Shepherd with seemingly supernatural abilities bonds immediately with the world’s most gormless family. When the dad gets an arrow through the back, the dog leads the kids (plus two imbecilic brothers who’ve fallen off of their sled) to the corpse, and then helps track them a path away from their snowy shack to the “safety” of the town (and subsequently into Jack Palance-shaped trouble). The dad was so stupid anyway that, personally, I think the dog shot him.

BECAUSE IT’S A F*CKING DOG, YOU HELMET!

The whole thing carries on in that vein. The idiot dad shoots the dog, they take it home, stroke it a bit, it bounces back to life. The dog rounds two blocks and storms into a saloon in a futile attempt to save one of the donut brothers from being beaten to death. In going after the killer, the dog is beaten almost to death itself (strictly off-screen, of course. Family Spag, this) but everyone seems to accept that as soon as that dog perks up, there’ll be a-trouble fer someone! WTF?!? When the dog DOES perk up, it buys a seat at a faro table and rinses the town for $50,000. Then, it’s appointed Mayor of Deadwood and brings in the bumwipe who shot Bill Hickock. Then, it invents the motor-car. Then, it…

Well, I may have exaggerated on the last few, there. But for God’s sake! It’s smarter than bloody Chewbacca (although in a bizarre sequence, they test the dog’s intelligence in agreeing to a bet with Palance that it will willingly fling itself off of a first floor balcony which, after some hesitation, it does, thus “proving” his intelligence. I’d have thought a dog that slick would’ve thought, “F*ck off. YOU jump it, you pinheads,” but there you go). Anyway, I’ve no idea how or why this flat badger of a film ended up on the Ten Thousand Ways to Die Spaghetti Western boxset, unless the good folk at Mill Creek Entertainment were trying to illustrate “boredom” as one of the aforementioned ten thousand ways to die. It nearly killed me, for sure. It was a well-intentioned stab at a family film, but honestly: It made White Comanche look like The Great Silence.

Haha, this review by last-caress is priceless.

But yes, it’s a pretty bad film, worst of these Jack London based films I’ve seen. Even Jack Palance is somehow bland, Joan Collins is the only one who stands out from the cast.

Not sure about the Mercenario but I think some of the music was recycled from Stranger Returns.
tomas (tomas) November 21, 2015, 2:28pm #8

everyone who endured this torture of a film to the very end, should put up a medal for such an achievement (although pinning it to the chest is somewhat painful)

Reminds me of getting rank in the military. When you first received your stripes, they came on a pin with sharp points. The sergeants would put them on your lapel and then punch the suckers home. Hurt like hell!

If any newbies are here - looking for recommendations on which films to see - The Great Adventure is NOT one of them. Don’t waste an hour and a half of your life watching it. I gave it one star…but perhaps we need a fractional star rating…maybe one-quarter star ;D

Holy crap!!! I just realized that Gianfranco Baldanello also made the SW “This Man Can’t Die”- which happens to be one of the low-budget SW’s which qualifies for my list of honorable mentions.

Joan Collins, the outstanding performer in The Great Adventure was made a Dame (the female equivalent of a Knighthood in the British Honours System) by HRH The Prince of Wales today.

And for an octogenarian, Joan’s still got it I reckon. 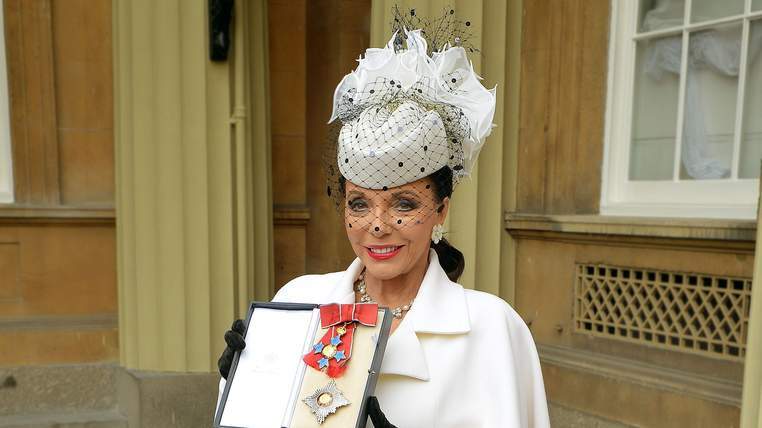 What a super hat…wonder if any birds are nesting in it :D.

Very average one. It seems they couldn’t decide who the main protagonist was, the kid, the Collins/lumberjack pair or the dog. The scenery at one moment is full of snow and the next moment it’s all dry. The fighting scenes with the indians are just silly. No need to go on… lazy film-making to say the least. Little difference does Jack Palance’s appearance make to this turkey. 1.5 stars only because of some of the locations. Go watch KLONDIKE FEVER with Rod Steiger instead.

I found a better looking German version with Italian credits on the net so decided to look at the cast. Vincenzo De Toma is the man with the raft, sounds like Buzz in the English version. 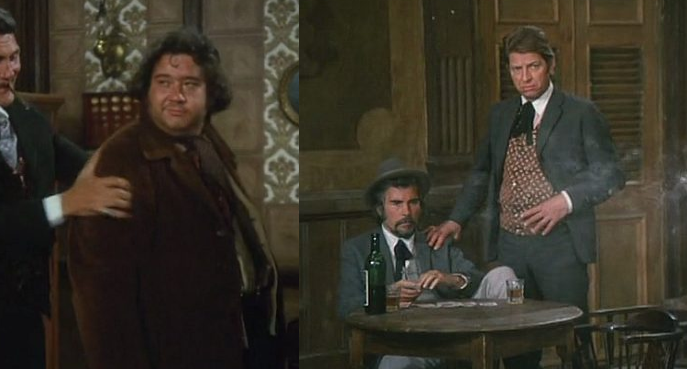 Achille Grioni should be the 3rd Bates henchman, here in Milano rovente

Yes, Beyond The Law is one of the better films to be found on the Mill Creek box set. Great shootout at the end BTW.