The Castilian is a 1963 Spanish epic concerning Castilian leader Fernan Gonzalez who drove the Moors out of Spain. It was a Sidney W Pink production featuring a number of Hollywood stars like Broderick Crawford, Cesar Romero and Frankie Avalon, alongside Spanish stars Espartaco Santoni, Teresa Velazquez and quite a few famous faces from Spaghetti Westerns.
Its tagline was: “TRUE…Actually Shot in the Medieval Locations Where the Actual Story Took Place!”
One of the places mentioned in the movie is Covarrubias, and I’m thinking, “Where have I heard that name?”. Then they mentioned a battle at Carazo, and I’m thinking, “That sounds familiar”.
Well take a look at this, and tell me if I’m crazy 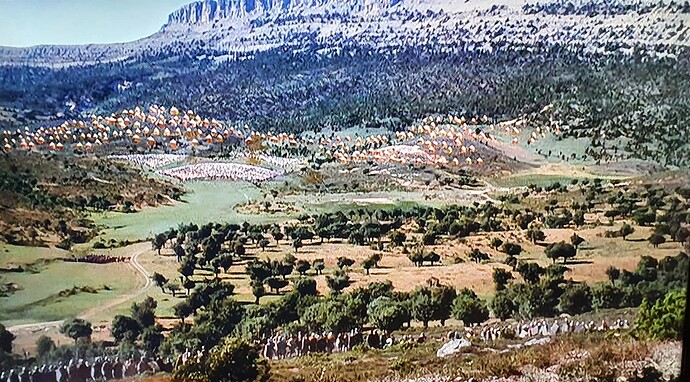 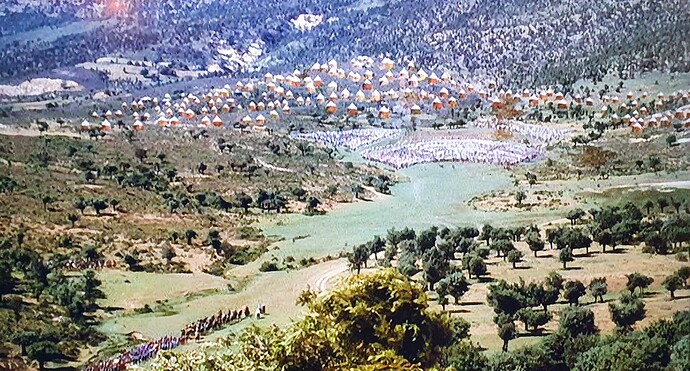 Castilian11920×1033 364 KB
Clearly there’s a glass screen for the Moorish army encampment, but it sure looks an awful lot like Sad Hill. At Covarrubias/Carazo.

Sorry about the picture quality, but my computer refused to play certain sections of the DVD, in particular this section of the final battle. So I had to photograph it off the TV. And then my phone refused to send the images to my computer. And it took a hell of a job to get them up here.
Someone clearly didn’t want this to get out. Spooky no?
Am I crazy? 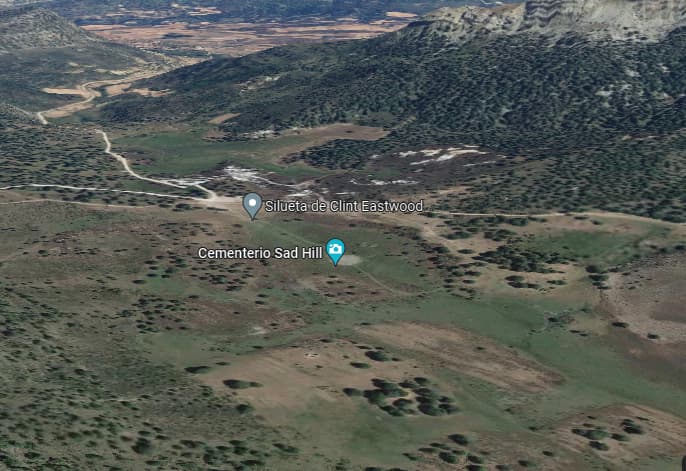