@stanton mentioned this 2016 book on another thread and, loving lists as I do, I thought I’d hunt the source down and post the list:

What do we make of that lot, gentlemen? A few distinctly non-traditional “westerns” in there.

What do we make of that lot, gentlemen?

When Tarantino is ranked above For a Few Dollars More, Tombstone and Corbucci I felt a bowel movement, what a load of shite!

I have so many questions.

I would love to see someone write their own list. I’m sure it would be more digestable than this one!

I believe most members here would write more sensible list.

At least Star Wars isn’t in the list! I really can’t stand when people include western-inspired films as “westerns.” Samurai films are their own thing. Why not call them Easterns? Also, No Country For Old Men is an excellent film which I very much enjoyed but it definitely isn’t a western.

I agree. OUTLAND is like HIGH Noon in space but it is not a western.
NCFOM is not a western but would other contemporary westerns like DESPERADO and EL MARIACHI qualify?

Samurai movies are called Chambara in Japanese. And are considered by the Japanese to be equivalent to cowboy films but never in the same genre. I don’t think Japanese film scholars would approve of Mr Stone’s book either.

Mulholland Drive is the best western ever made. There’s a cowboy in it.

I think that ‘High Noon’ reference was something used in the film’s advertising campaign … or a favourable journalistic quote.

To me it was a pretty lack lustre sci-fi cashing in on a popular genre at that time - comparing it to a western classic or any other film seen is a very old stunt, and usually a giveaway that what you’re about see is something way below par. 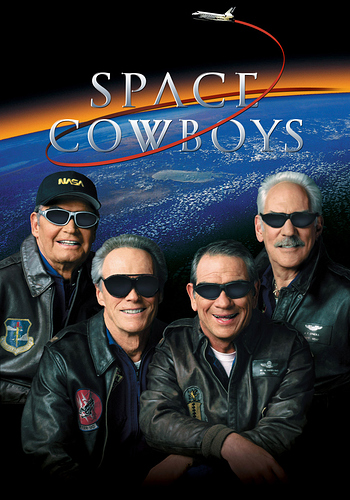 The said quote is in a SCI FI film guide I got as a kid. I only saw it last year. I could see a few plot similarities, the Marshall running around town looking for help to stand up to the villain and not finding any.
It didn’t deliver. I thought Connery was miscast. And mis-wigged. My favourite bit was the exploding heads!

MV5BYzY1NDUxOGYtOTU4Zi00YmYxLWE2YTAtYWFhMTM3ZDBiZGU1XkEyXkFqcGdeQXVyMjI4MjA5MzA@.V1|328x500
Did Doc deliver for you? Or is this another example of the marketing stunt?

Connery was miscast. And mis-wigged.

Which version of Pat Garrett and Billy the kid? I hope the last one Peckinpah touched, but then it should have been higher in my opinion. If it’s the recut version, then maybe not. Perhaps he specifies in the book.

Why do people always react so strange about such a kind of lists?
It’s only an opinion, not a truth. Why do you expect that if one makes a list, this certain list reflects your own taste? Why laughing about it? Why grumble about it?

Why not just check it with interest and compare it with your own preferences?

All in all it is just an usual list, which mostly names the usual classics, and actually it would be odd if such a list is not made basically out of the usual classics (and would be then criticised for being odd instead of being foreseeable).

Well, yes there are some films which are also not westerns imo, but actually it is in the end a definition what makes a film a western, and where the boundary should be set where the term “western” ends. The 2 Kurosawas are definitely not westerns, but some think different ,and e.g. in the “10 best western” lists in the Western Encyclopedia by Phil Hardy these 2 films were also named at least once.
And the other 2 are definitely at first SF fims (and also not that good for me), and No Country I wouldn’t include either, but fuck, why not? It only reduces the list from 50 to 45 films for me.

Interesting is the amount of more recent westerns, interesting for me, while most of them are not that good, are often beneath their potential. And their are at least 2 Corbuccis in the list, and that means there are 2 more Spags in the list then you usually can expect in an list coming from the English speaking parts of the world.

The only real mediocre film for me in that list is btw the surprisingly lousy 3:10 to Yuma remake.

Which version of Pat Garrett and Billy the kid? I hope the last one Peckinpah touched, but then it should have been higher in my opinion. If it’s the recut version, then maybe not. Perhaps he specifies in the book.

Now come on, the difference is not that big.
For me it was already one of the 5 best westerns when there was only the (now forgotten) theatrical version available, which still works very well. It is a masterpiece in every of the 3 versions, but as you know your favourite version is the one that works the least for me.

Maybe it’s cause I am British but I do set boundaries. I grew up with period dramas. Period being the word. Westerns to me cover the 19th century to the 1910s in a certain backdrop.
Contemporary westerns are something different and should be judged separately IMO. That includes ‘Space westerns’
Classical Westerns themes of honour, betrayal, revenge, greed and the morality of a violent existence ( in and outside of the law) can be influenced by other genres or foreign literature/cinema. I have no problem with that. It keeps it fresh. I’m not that rigid.
It must be tough to write one of these lists but I feel too much many films are from sub genres are not included. For instance where is El Topo? It is worth considering. Dead Man in on there.
3:10 To Yuma was pretty lousy.