Spagvember#29 Rossetti: The Dirty Outlaws
-Another which I had not seen for a long time and didn’t have much memories about. Solidly directed and cool looking film with all the mud and ghost town setting. It’s just seems to be missing something… more memorable villain could have helped maybe. 6/10

One more (to Hell) and it’s a wrap for this year’s spaghvember. Now, which one to choose? 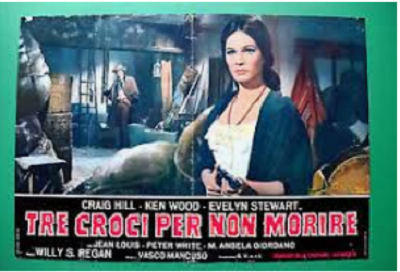 Yesterday’s film a Garrone, Not his best, but at least three good things here: Ida Galli as the most blue-eyed Mexican girl you’ll ever see, the ending, and the third I forgot. 5/10. (But some people here will easily rise that.) 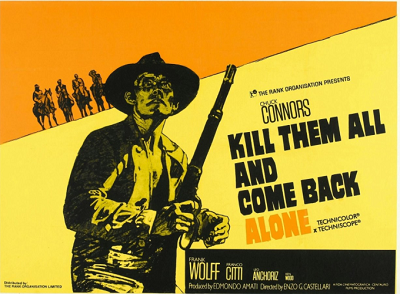 And tonight a Castellari. So, this film was released in Italy on New Year’s Eve. And, sure enough, some fireworks here. According to the film’s page there should be two songs by Raoul in it, but I noticed only one. Boring action stuff. 4/10

DAY 30
What? It’s… over? Already?? Yup, we’re packing Spagvember away for another year and, following a few tough watches, I’ve elected to go out with a guaranteed winner: The almighty Django (Corbucci, 1966). It’s the first spag I ever saw outside of the Dollars trilogy, the only spag I ever owned on VHS outside of the Dollars trilogy, I loved it before I even knew what a “spaghetti western” was and, indeed, it likely kickstarted my interest in the wider genre in the first place. Doesn’t actually make my own personal spag top twenty anymore but it always scores heavy on the nostalgia front for me. This SpagvemberFest has felt like a bit of a slog - certainly over the second half of the month - but Django is the sort of film which’ll have me regretting that it’s all over and have me reaching over the next few days for the titles which didn’t make the cut. 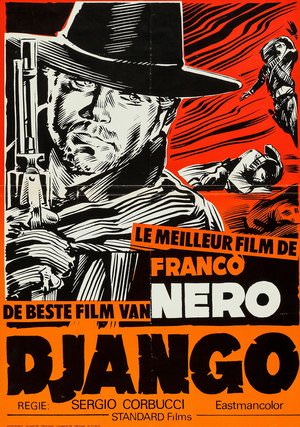 Spagvember#30 Carnimeo: The Crazy Bunch
-I finished spaghvemberfest this morning with a personal favorite. This film is just over-the-top madness, totally bonkers, it’s stupid and infantile and I love it. 7/10

After the unexpected commercial success of Alfonso Balcázar’s Pistoleros de Arizona – Kevin Grant writes that P. d. A. was “highly profitable” and that the film “earned more than any western apart from A Fistful of Dollars and […] Two Gangsters in the Wild West at the Italian box office in 1964” (A. G. C. P., pp. 61–62), which is highly unlikely since it passed the Italian censura on December 30, 1964 – the Balcázar brothers were really cranking it out: Oklahoma John was followed by Tierra de fuego (directed by Mark Stevens and/or Jaime Jesús, who is credited as director in the Spanish version, maybe for “administrative reasons”), a Spanish-German co-production, and Alfonso’s ¡Viva Carrancho!, a Spanish-Italian co-production, both released in October 1 AL. Tierra de Fuego is an undistinguished film, maybe only notable for Marianne Koch’s tragic role, in her fourth Western, a year after Per un pugno di dollari. It tells of four prairie-punks who terrorize a small town until the initially reluctant local sheriff takes action against them; an uninspired story, culminating in a violent climax.

I didn’t have any theme this year, I just mostly watched films I had not seen for a long time but picked also few I had not seen before and some classics to make it all more bearable.

I had to check my own review to figure out what particular movie you were referring to. Now I remember. I wonder what you will make of that guy living in a grotto. Of all weird killers in spaghs, this is one of the weirdest ideas ever

Same here. I had completely forgotten about that movie. Apparently, I watched it during SpagvemberFest two years ago. Now I remember that it was a real challenge to get to the end. Had to re-read your review to find out what it is about – though that’s really hard to say. Plus Gonzo the crazy grotto killer. Wild.

Did you make it to the end? 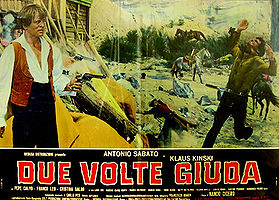 Always enjoyed this one despite Sabato. Kinski plays…well…Kinski and the mystery/amnesia plot works well I think. Another one I had sitting on the desk top box which has become my theme for the last few days of Spagvemberfest. Second half of my last day double bill will be another. 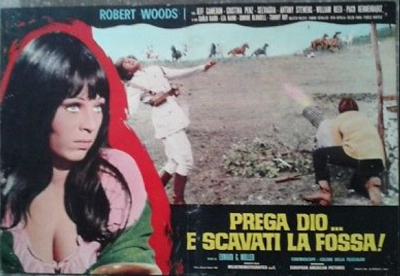 As I’ve run out of the films I planned for this Spagvember, I rounded it off with this early 1968 release.

A kind of anti-Zapata, the protagonist an expatriated Mexican, he goes back to Mexico to avenge the killing of his brother and sister, only to go back north of the border having achieved nothing.

I wonder what you will make of that guy living in a grotto.

Did you make it to the end?

I made it to the end, yeah (the only one I didn’t actually finish was Sabata much earlier in the month, but I’ve seen that one plenty so it didn’t seem quite so important to go back to it). I mean it wasn’t good but I’ve seen worse and the cave-bound antics made it feel as though the characters had occasionally stumbled into an episode of Star Trek, which distinguishes it somewhat, I guess.

For the previous month’s mental cleansing I had chosen thirty 1968 releases, all of them outside my top fifty, most of them films I hadn’t seen before, or didn’t remember much from. Watched them (more or less) chronologically by date of release. A couple of surprises, at least for me; for the earlier releases that the influence of the American western still is quite strong, as for the later releases, that the dreaded SW comedy formula already is fully-fledged.

One will break into my top fifty, ten more I thought above average:

Three more films I need to go back to: The Bell Starr Story, Stranger, Say Your Prayers! and Twice a Judas. The rest? Forgettable stuff.

A cause for celebration: Carrancho, the Workers’ Book Club Reader of the Month, has finished Das Kapital in under two weeks! 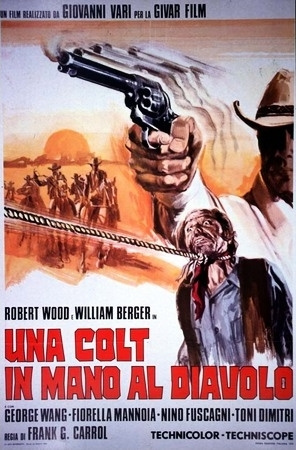 The final film of Spagvemberfest 2018 and quite enjoyable. This time around watched the Movies4Men broadcast which was the last one I had recorded and sitting on the old set top box. A pretty solid effort for an obviously low budget affair and really nice to see a 1972 spag that has no comedy elments at all. One scene I really didn’t like was when Woods slaps around the girl and then she melts under his forced kisses. I know these films can be misogynistic but that is really nasty. Just leaves a bad taste. Thankfully it was just one scene.

So Spagvemberfest is over for another year and I must say it seemed to whizz by. Bring on 2019!

5 posts were split to a new topic: Frequent contributors stats

A post was merged into an existing topic: Django (Sergio Corbucci, 1966)

The What? Why? and How? of SpagvemberFest!
← previous page