Has anyone seen Skullduggery? I’ve had a tape of this movie since I was four years old. I wouldn’t have known at the time that I was recording a rare gem. Apparently Skullduggery was never released to video and still hasn’t been given a DVD release. There’s a rumour that reels of this are limited due to Burt Reynolds purchasing most and having them destroyed. I hope it gets a DVD release eventually. Unusual little film. 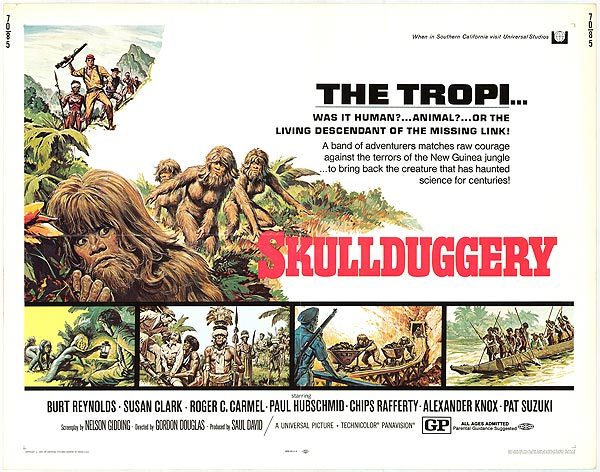 Have a dvd r from a T.V print somewhere, but must get round to viewing it !

I hope you enjoy it.

I love this one!