If we confined the content to just Spaghettis it might be a pretty meager thread. There just aren’t enough! More, more, more…

I can’t find this film, only at Amazon and I don’t want to pay with credit card.

Where can I find this movie?

I was also very surprised by this movie, the critics from some experts are really bad. The movie has a good cast and photography and a great soundtrack. It’s the best movie by Roberto Mauri which I have seen until today.

PS: The version I watched was from a cut tape (called Django- das Lied des Todes) with a very bad quality.

Mine was cut too, but not that much I hope. It’s a rip from Cine City of a Swedish VHS. Strange that Giancarlo Rizzi, the composer of the film’s music only made one score.

This for me was solidly average. straightforward plot but a little slow moving, and i couldn’t really take to Tab Hunter, he’s ok but there was something missing for me. the little twist at the end wasn’t really, it was quite predictable. anybody else think Mimmo Palamerro looks like Al Pacino? 5/10.

Repeat viewing for this one. I felt that Tab Hunter didn’t leave much of an impression the first time through in a rehashed story, but watching it again it turned out to be quite an experience. Not bad after all!

Sceriffo Durango (Tab Hunter) is about to get married. But, as fate and script will have it, his bride and her family are brutally murdered shortly before the wedding. Understandably, Durango is devastated and decides to track down the men who killed them. His only clue: a musical pocket watch, not this one: http://www.themusicalpocketwatch.com.
A: Took me four days to trudge through this atavistic nonsense.
B: Fairly entertaining Spaghetti Western telling a very simple revenge story; Hunter tormented enough, Piero Lulli malignly full of vim and vigor.

Curious about this one also, so I snatched a download - Checking quality, which looks OK for VHS
Noticed this little gaffe … Script Girl ! 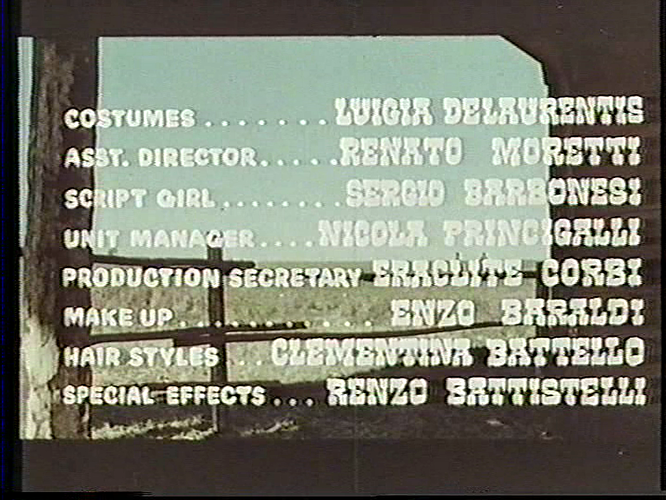 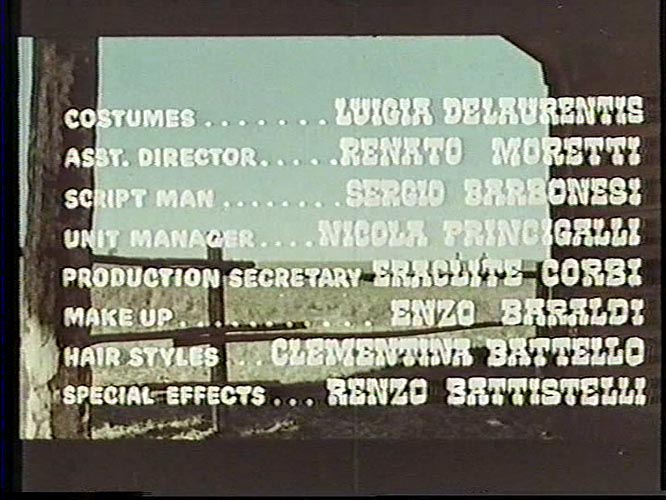 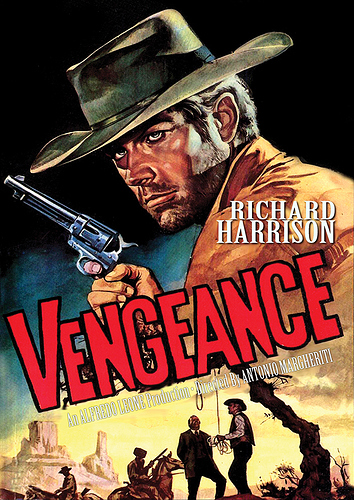 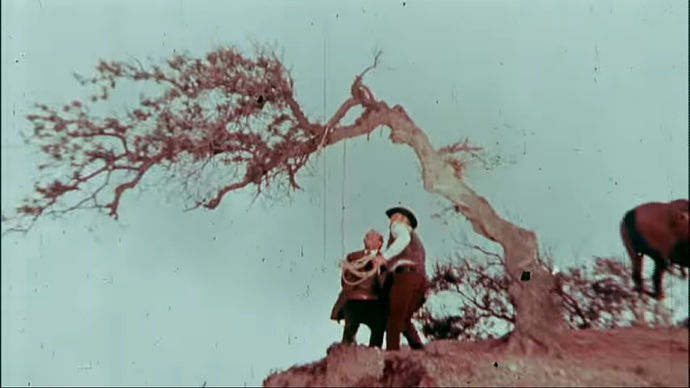 For the third evening in a row I watched a for me new SW.
All three, earlier Chamango and Revenge for Revenge, and now Shotgun/Vengeance Is My Forgiveness, dealt with a revenging antihero.
The DVD-R was of an uneven VHS image quality, and also the story felt uneven with the usual too boring fist fights. On the other hand it surprisingly had Swedish subtitles.

The plot of Shotgun is similar to May God Forgive You … But I Won’t (6/10), El Rojo (weak 6/10) with the antihero taking revenge on the murderers of his family or planned-family-in law in this case. My first impression is that especially May God Forgive You … But I Won’t, but probably also El Rojo execute the simple story slightly better and more entertaining.
The strongest part IMO is the music in good traditional SW style, but it was used too seldom in the second part of the film. Another good thing is the absence of lightheartness and comedy.