Hi all - it appears that the Other Sergio did an interview about “The Great Silence” for a German film magazine called “Film” - wherein he confirms that (per Alex Cox) he was influenced by the death of Che Guevara, but was also (contrary to what Cox once said) influenced by the killings of Bob Kennedy and MLK. http://monnomestpersonne1973.blogspot.com/search/label/Le%20Grand%20Silence 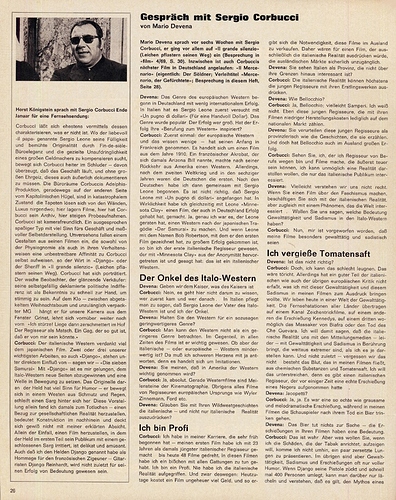 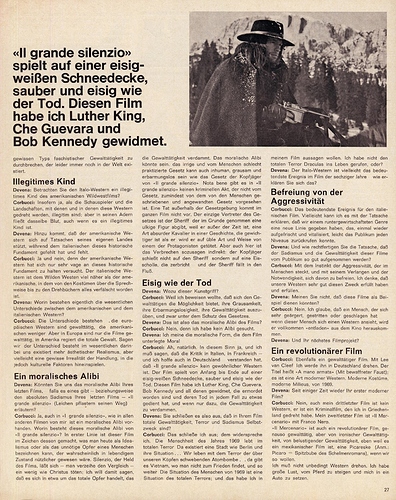 Would anyone be willing to do a translation of this interview, at least into English? It would be awesome for something like this to be posted onto the wiki.