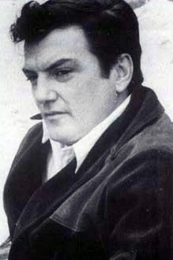 American actor William Campbell passed away at the Actors Home in Woodland Hills, CA. He was 84.
Campbell was a regular on many TV series and films in the 1950s and 1960s among them were appearances on Star Trek, Bonanza and Wild Wild West. Campbell appeared in one Euro-western “The Sheriff of Fractured Jaw” as Keeno in 1959.

I have just seen him in Backlash (Sturges 54)

Got shot by Richard Widmark

he appeared in some good films. an underrated actor. r.i.p

I am a big star trek fan and I’ll always remember this guy as “Trelane” from the original series. RIP