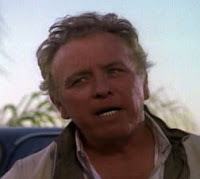 Tony Epper a member of the Epper family of stuntmen and women passed away at his Salmon, Utah home on July 20th. He was 73.

His film credits as an actor include Sydney Pollack’s “The Scalphunters,” Mark Rydell’s “The Cowboys,” “Cutter’s Way,” “The Beastmaster,” “The Hitcher,” “Christmas Vacation” and Warren Beatty’s “Dick Tracy.”

He appeared in two Euro-westerns “Lawman” and “Valdez is Coming!” both in 1971