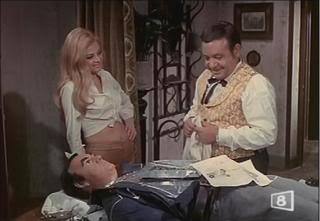 Tom Bosley who starred as Howard Cunningham on the U.S. TV series “Happy Days” died today Tuesday, October 19th at his Palm Springs, California home. He was 83. Bosley also starred in “The Father Dowling Mysteries” and “Murder She Wrote”. He appeared in one Euro-western as Merriweather P. Newberry in 1967’s BANG BANG KID. :’(

It’s weird that I just saw him playing small part in 70’s show on monday and it was great seeing him still acting and next day he’s dead. Sad.

I remember him as the original sheriff in murder she wrote, as well as happy days. RIP.

It was Happy Days for me.