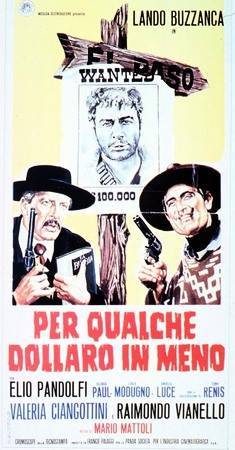 Raimondo Vianello died in Milan today at the age of 88. Raimondo appeared in 6 Euro-westerns.
A full obituary will appear in Cemetery With Crosses later today.

Apparently, he was quite an institution in Italy, with his own TV show and all. From what I’ve seen him in, he seemed to get better or worse according to who he was partnered with. I didn’t like him when partnered with Chiari, but I did when he was straight man to Buzzanca. But then I prefer Buzzanca to Chiari.

A good performance he did in For A Few Dollars Less. RIP :’(.