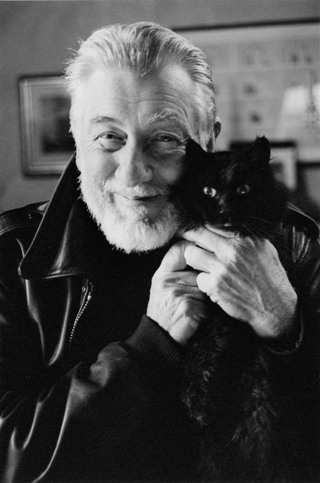 Dutch actor, singer and gay rights activist Peter Boom died of an apparent heart attack in his hom in Bagnaia, Viterbo, Italy on May 26th. Booms’ deep voice was used to good effect in several Spaghetti Western soundtracks. He sang “Necklace of Pearls” for “Blood at Sundown” (1966), “Kidnapping” for the film of the same name (1969), “Song of a Cowboy” for “A Man Called Amen” (1968), “Julie” for “4 Gunmen of the Holy Trinity” (1970) and “Ride Alone” for “Sartana Kills Them All” (1971). He also recorded “Run, Man, Run” but the Tomas Milian version was used in the film. He recorded a song for “Sabata” soundtrack but was later cut. Boom was born on March, 31, 1936 in Bloemendaal, Netherlands but moved with his family during World War II. Another voice of Golden Era of Italian films has been silenced.

An impressive porfolio of soundtrack work done on SWs. He will be missed.